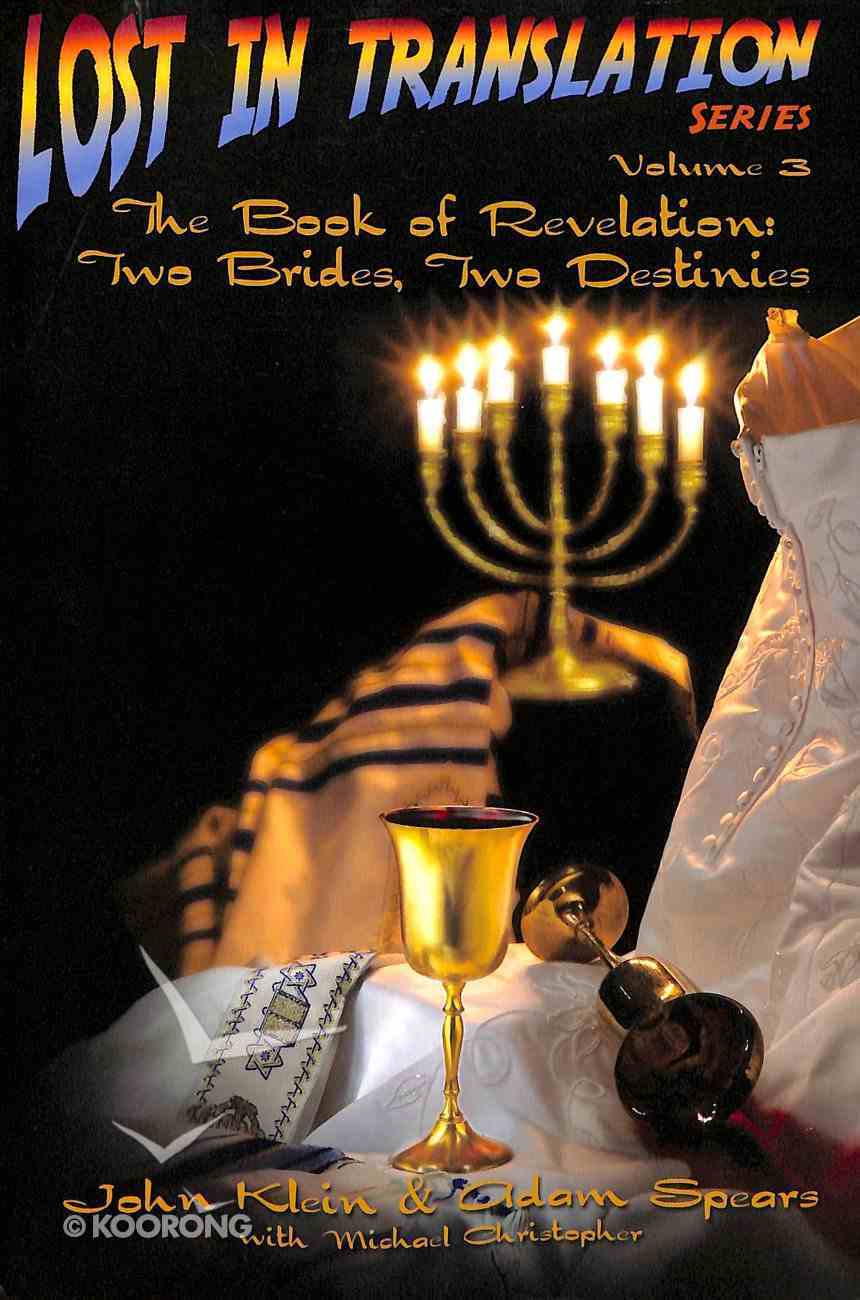 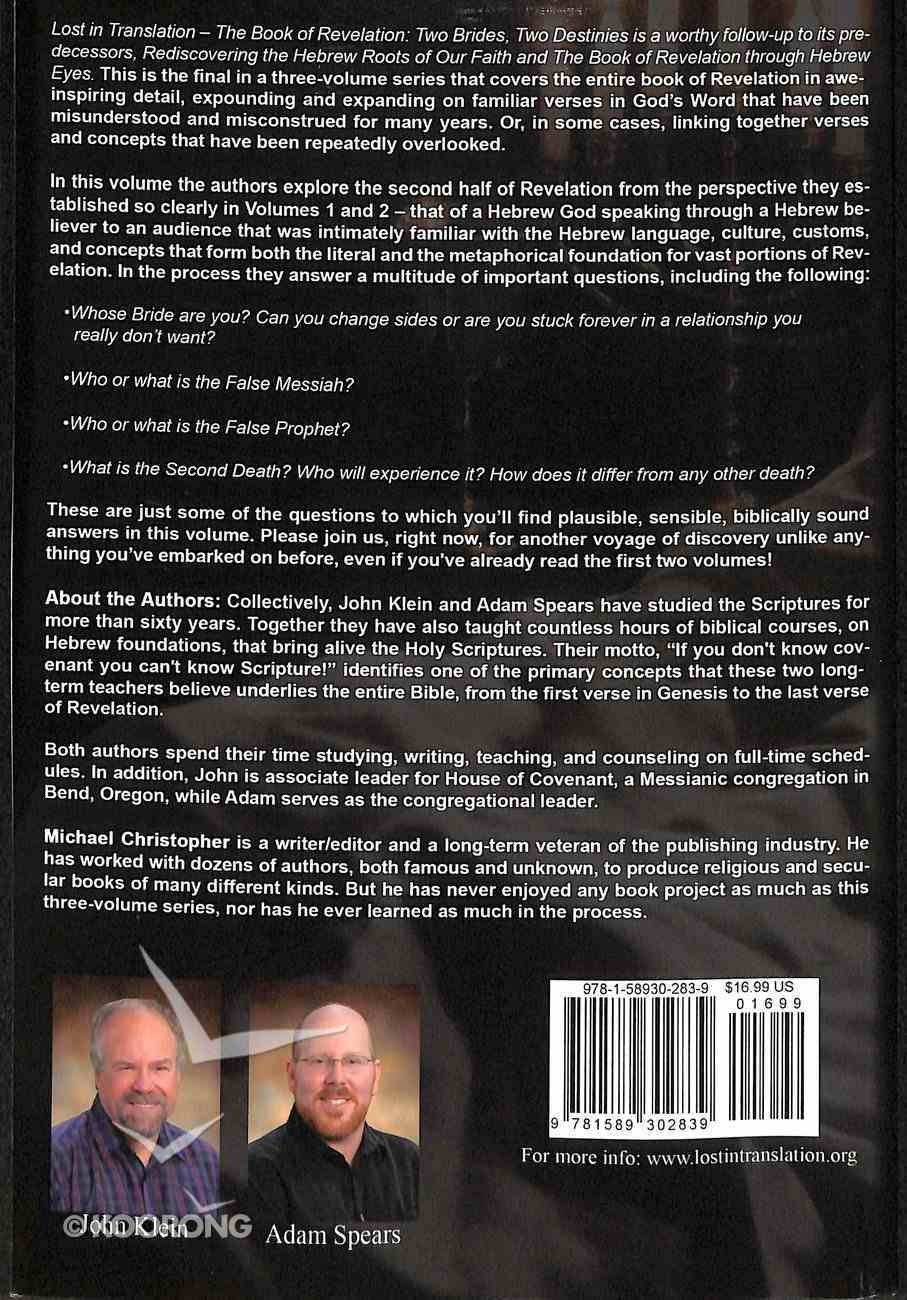 Book of Revelation, the - Two Brides Two Destinies (#03 in Lost In Translation Series)

Lost in Translation The Book of Revelation: Two Brides, Two Destinies is a worthy follow-up to its predecessors, Rediscovering the Hebrew Roots of Our Faith and The Book of Revelation through Hebrew Eyes. This is the final in a three-volume series that covers the entire book of Revelation in awe-inspiring detail, expounding and expanding on familiar verses in God 's Word that have been misunderstood and misconstrued for many years. Or, in some cases, linking together verses and concepts that have been repeatedly overlooked. In this volume the authors explore the second half of Revelation from the perspective they established so clearly in Volumes 1 and 2 that of a Hebrew God speaking through a Hebrew believer to an audience that was intimately familiar with the Hebrew language, culture, customs, and concepts that form both the literal and the metaphorical foundation for vast portions of Revelation. In the process they answer a multitude of important questions, including the following: Whose Bride are you? Can you change sides or are you stuck forever in a relationship you really don t want? What is the ancient framework by which you can identify most of the players? Who or what is the False Messiah? Who or what is the False Prophet? What is the Second Death? Who will experience it? How does it differ from any other death? These are just some of the questions to which you ll find plausible, sensible, biblically sound answers in this volume. Please join us, right now, for another voyage of discovery unlike anything you ve embarked on before, even if you've already read the first two volumes About the Authors: Collectively, John Klein and Adam Spears have studied the Scriptures for more than sixty years. Together they have also taught countless hours of biblical courses, on Hebrew foundations, that bring alive the Holy Scriptures. Their motto, If you don't know covenant you can't know Scripture identifies one of the primary concepts that these two long-term scholars believe underlies the entire Bible, from the first verse in Genesis to the last verse of Revelation. Both authors spend their time studying, writing, teaching, and counseling on full-time schedules. In addition, John is associate leader for House of Covenant, a Messianic congregation in Bend, Oregon, while Adam serves as the congregational leader. Michael Christopher is a writer/editor and a long-term veteran of the publishing industry. He has worked with dozens of authors, both famous and unknown, to produce religious and secular books of many different kinds. But he has never enjoyed any book project as much as this three-volume series, nor has he ever learned as much in the process.
-Publisher

John Klein is associate professor of art history at University of Missouri-Columbia.