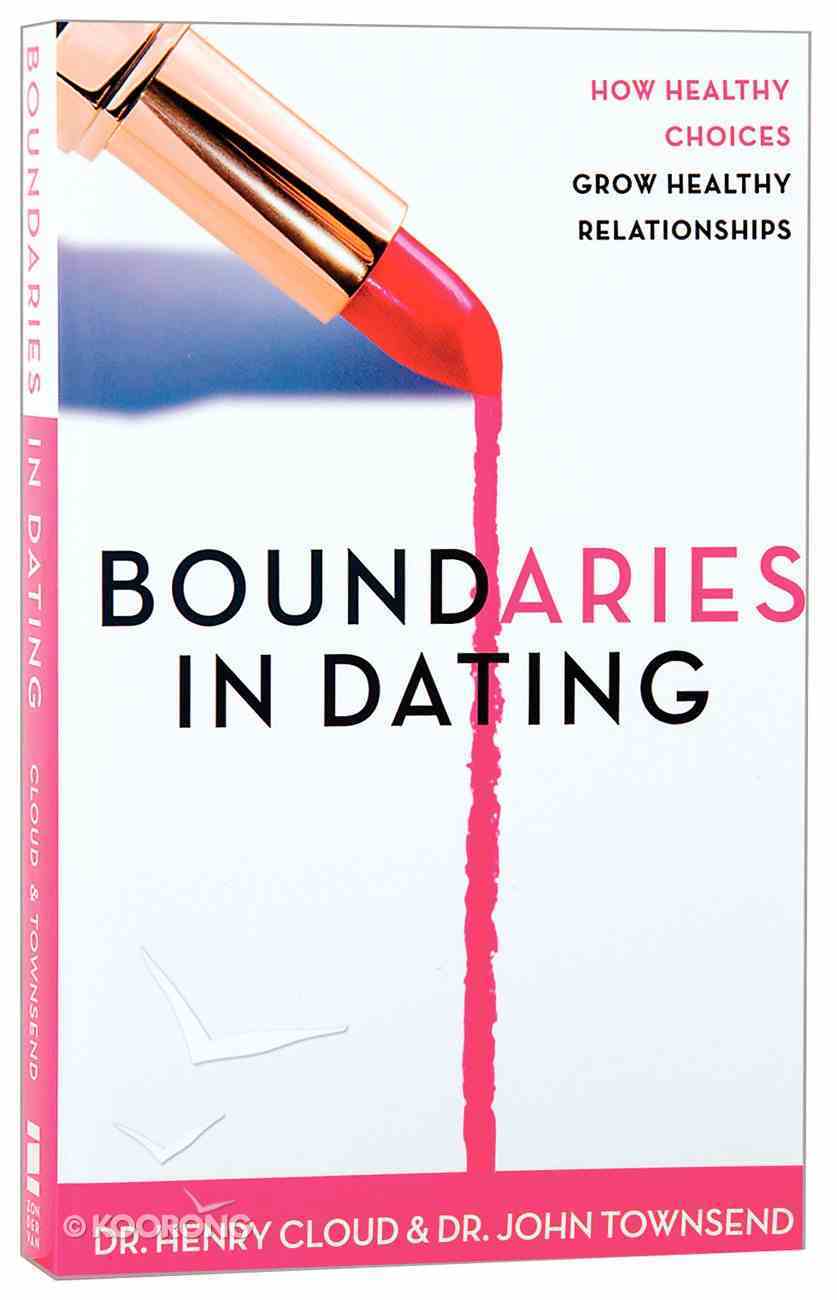 Between singleness and marriage lies the exciting, but often heartbreaking journey of dating. Relationship expert Dr Henry Cloud and Dr John Townsend help you make this experience as smooth as possible by identifying the healthy relational boundaries that lead to...

Between singleness and marriage lies the exciting, but often heartbreaking journey of dating. Relationship expert Dr Henry Cloud and Dr John Townsend help you make this experience as smooth as possible by identifying the healthy relational boundaries that lead to rewarding dates.

Between singleness and marriage lies the journey of dating. Want to make your road as smooth as possible? Set and maintain healthy boundaries -- boundaries that will help you grow in freedom, honesty, and self-control. If many of your dating experiences have been difficult, Boundaries in Dating could revolutionize the way you handle relationships. And even if you're doing well, the insights you'll gain from his much-needed book can help you fine-tune or even completely readjust important areas of your dating life. Written by the authors of the best-selling book Boundaries, Boundaries in Dating is your road map to the kind of enjoyable, rewarding dating that can take you from weekends alone to a lifetime with the soul mate you've longed for.
-Publisher

'Boundaries in Dating' provides a way to think, solve problems, and enjoy the benefits of dating in the fullest way, including increasing the ability to find and commit to a marriage partner.
-Publisher

A few years back I was doing a seminar for singles in the Midwest when the question came from the floor, "Dr. Cloud, what is the biblical position on dating?" At first, I thought I had misheard the question, so I asked the woman to repeat it. And the question came out the same as the first time. "What do you mean, 'the biblical position'? " I asked. "Well, do you think that dating is a biblical thing to do?" the woman explained. Once I heard her question, I thought she was kidding, but I soon realized she was not. I had heard people ask about the biblical position on capital punishment or euthanasia, but never on dating. "I do not think the Bible gives a 'position' on dating," I said. "Dating is an activity that people do, and as with a lot of other things, the Bible does not talk about it. What the Bible does talk about is being a loving, honest, growing person in whatever you do. So, I would have to say that the biblical position on dating has much more to do with the person you are and are becoming than whether or not you date. The biblical position on dating would be to date in a holy way. "In fact, God grows people up through dating relationships in the same way that he grows them up in many other life activities. The question is not whether or not you are dating. The questions are more along the lines of 'Who are you in your dating and who are you becoming in your dating? What is the fruit of your dating for you and for the people that you date? How are you treating them? What are you learning?' And a host of other issues that the Bible is very clear about. It is mainly about your character growth and how you treat people." "So, you think it is okay to date?" she pressed. "Of course, I do, but it is only okay to date within biblical guidelines, which by the way are not burdensome. They will save your life and help you to make sure you end up with a good person to marry," I said, chuckling on the inside about how often Christians want a rule. I thought this was the end of it until the same question kept coming up around the country whenever I would speak to singles. Over and over again, I was asked if dating were an okay thing to do or not. I was curious about why people were asking the same question. So, one day, I asked where these questions were coming from. I was told that a movement was arising from a book called I Kissed Dating Goodbye by Joshua Harris. The premise of the book is that dating is not a good idea, and many people were giving it up. As I continued to investigate, the movement went even further than the book in some circles. Many Christians were saying that dating was sinful in and of itself; others were at least feeling as if people who were still dating were less spiritual than those who didn't. It was becoming the "Christian" thing to forego dating. I thought at first that this was just in some circles, but the more I traveled around I was hearing it all over the country. So we read I Kissed Dating Goodbye, and in this chapter we will share some of our reactions. We strongly disagree with the idea that all people should give up dating for several reasons. But before we get into the specifics, we want to validate the reasons behind this movement. No one would take such a stance against dating without good reason, and the reason people are giving up dating seems to be this: pain, disillusionment, and detrimental effects to their spiritual life. In other words, dating has not helped them to grow, find a mate, or become a more spiritual person. So, it makes sense to kiss it good-bye. And we empathize with this pain. As we have seen over the years working with many singles and being single for a long time ourselves (both of us were well into our thirties before we married), dating can cause a lot of hurt and suffering. Many people become disillusioned in the process, and they feel like they do not know how to make it work. They experience heartbreak, they re
-Publisher

How to Get a Date Worth Keeping
Henry Cloud
Paperback

The Heart of Singleness: How to Be Single and Satisfied
Andrea Trevenna
Paperback

Emotional Purity: An Affair of the Heart
Heather Paulsen
Paperback