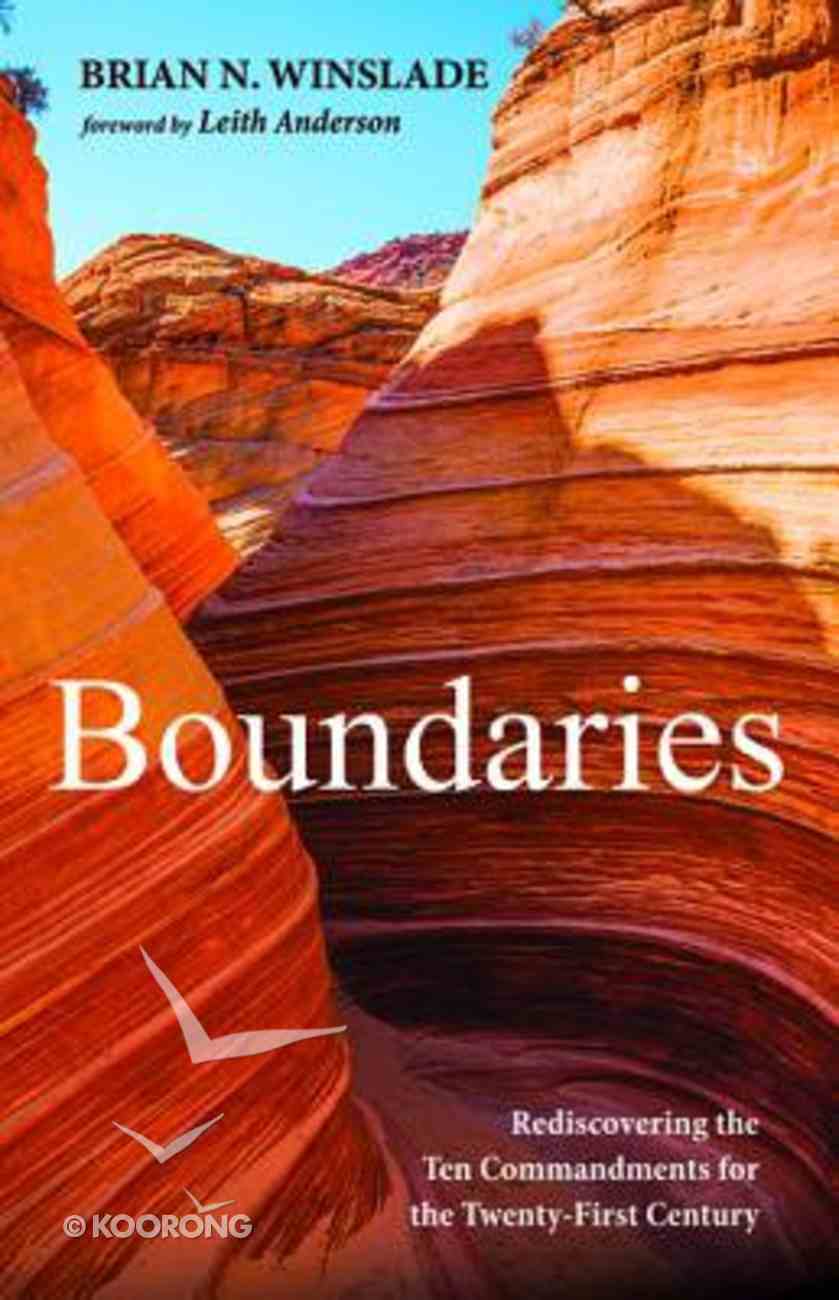 Boundaries: Rediscovering the Ten Commandments For the Twenty-First Century

In an age of moral relativity, is there a place for rules? They govern acceptable behavior on the sports field, but do they have a position in general life and relationships? 3,500 years ago, a new nation emerged as Moses...

Ten Commandments: The What They Mean, Why They Matter, and Why We Should Obey Them
Kevin Deyoung
eBook

The Ten Commandments (Interpretation: Resources For The Use Of Scripture In The Church Series)
Patrick Miller
eBook

Words From the Fire: Hearing the Voice of God in the 10 Commandments
R Albert Mohler (Jr)
Paperback

Wise: Living By the Ancient Words of the Commandments and Proverbs
Reuben Bredenhof
Paperback

In an age of moral relativity, is there a place for rules? They govern acceptable behavior on the sports field, but do they have a position in general life and relationships? 3,500 years ago, a new nation emerged as Moses led the Israelites on a journey toward the land God had promised them. They needed boundaries that would govern their worship, interpersonal relationships, and property, and God wrote them down. We refer to them as the Ten Commandments. Over the centuries, they have formed the basis for rule of law in most countries of the world, defining boundaries of fairness and interaction, within which we live and have our being. But are they still relevant in and for the twenty-first century? Some regard them as anachronistic and outdated, superseded by more enlightened thinking. For others, they are timeless. Clearly, Jesus regarded them as pertinent for all who follow him, although in many instances he clarified their intent and application. This book takes a fresh look at the boundaries God gave his emerging special race and how they apply in our current age--a resource for pastors, individual Christ-followers, and a discussion-starter for small groups. ""Here we have expository preaching at its best--careful attention to the original context, sensitive pastoral applications that show the timelessness and universal relevance of each command of the Decalogue, and a generous admixture of delightful humor. Also, do not overlook the incisive and provocative small group discussion questions!"" --Murray J. Harris, Professor Emeritus of New Testament Exegesis and Theology, Trinity Evangelical Divinity School ""It's been said that there is no biblical mission without biblical holiness. If the church is to be attractive, it must first be distinctive. In this punchy and highly readable book, Brian Winslade shows us how the Ten Commandments provide guidelines that can transform not only our lives, but also our churches, and ultimately our witness to a skeptical and fractured world."" --John Tucker, Principal, Carey Baptist College, Auckland, New Zealand ""Informative, thoughtful, and insightfully applied, Brian Winslade's exploration of the relevance of the Ten Commandments for the twenty-first century is a valuable read. The questions for small group discussion at the end of each chapter are an added bonus, and will ensure the issues raised are dug into deeply. An excellent book."" --Brian Harris, Principal, Vose Seminary, Perth, Australia Brian N. Winslade has been involved in pastoral ministry and denominational leadership in New Zealand, Australia, the United States, and Bangladesh since 1979--including serving as National Leader of the Baptist Churches of New Zealand and National Director of the Baptist Churches of Australia. He is married to Elizabeth, and together they have three adult children and seven grandchildren.
-Publisher

Joseph and the Gospel of Many Colors: Reading An Old Story in a New Way
Voddie Baucham (Jr)
Paperback