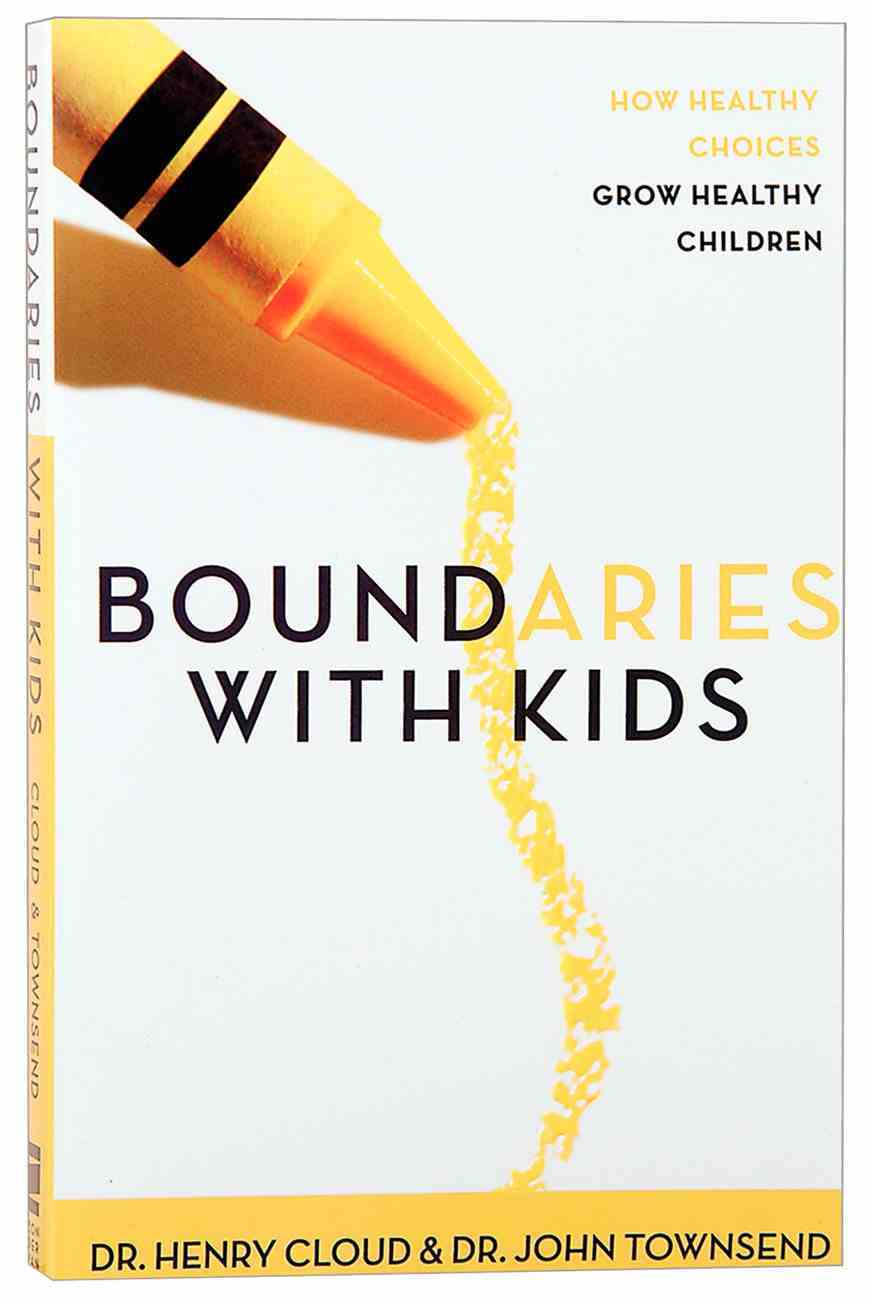 Doctors Cloud and Townsend apply the principles of their bestselling BOUNDARIES to generational relationships within the family. Here is the practical, effective guidance parents need to teach healthy personal boundaries to their children.

Boundaries With Kids: When to Say Yes, When to Say No to Help Your Children Gain Control of Their Lives (Workbook)
Henry Cloud, John Townsend
Paperback

Doctors Cloud and Townsend apply the principles of their bestselling BOUNDARIES to generational relationships within the family. Here is the practical, effective guidance parents need to teach healthy personal boundaries to their children.

Keys for establishing healthy boundaries--the bedrock of good relationships, maturity, safety, and growth for children and adults.To help their children grow into healthy adults, parents need to teach them how to take responsibility for their behavior, their values, and their lives. The authors of the Gold Medallion Award-winning book Boundaries bring their biblically based principles to bear on the challenging task of child rearing, showing parents: * how to bring control to an out-of-control family life* how to set limits and still be loving parents* how to define legitimate boundaries for the family* how to instill in children a godly character
-Publisher

What the award-winning Boundaries has done for adult relationships, Boundaries with Kids will do for you and your childrenHere is the help you need for raising your kids to take responsibility for their actions, attitudes, and emotions. Drs. Henry Cloud and John Townsend take you through the ins and outs of instilling the kind of character in your children that will help them lead balanced, productive, and fulfilling adult lives.Learn how to* set limits and still be a loving parent* bring control to an out-of-control family life* apply the ten laws of boundaries to parenting* define appropriate boundaries and consequences for your kids... and much more.'Boundaries with Kids helps us give our kids the skills they need to live realistic and full lives in meaningful relationships. Not perfect---but healthy!'---Elisa Morgan, president of MOPS International, Inc.
-Publisher