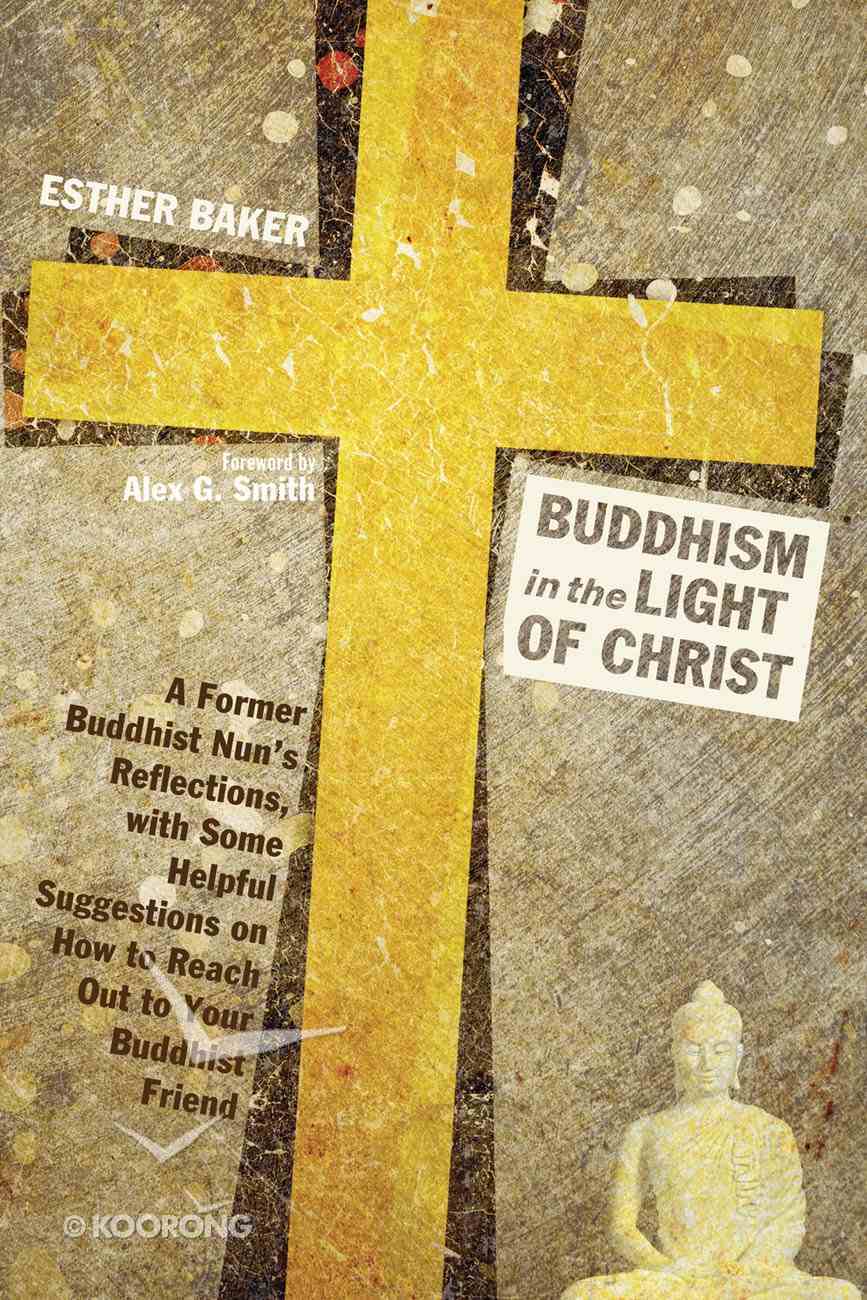 Buddhism in the Light of Christ

Buddhism's influence is growing in the West, as seen in the widespread use of "Buddhist mindfulness apps" in people's attempts to unwind, or the casual use of words like "nirvana" and "karma" that have crept into the English language. Whether...

Buddhism's influence is growing in the West, as seen in the widespread use of "Buddhist mindfulness apps" in people's attempts to unwind, or the casual use of words like "nirvana" and "karma" that have crept into the English language. Whether we meet it in the East or West, what is Buddhism? What is at the heart of its teachings? How does Buddhism differ from Christianity, and are they compatible? Through a collection of true short stories and testimonies, Buddhism in the Light of Christ--a sequel and companion to Esther Baker's first book, I Once was a Buddhist Nun--takes an insightful look at some core Buddhist beliefs and practices, and then reflects on them from a Christian viewpoint and biblical understanding. Esther tackles important questions such as: "How does the Buddhist goal nirvana and God differ?" and "Is Buddhism a form of idolatry?" Her responses reveal a penetrating understanding that helps to unravel and demystify the true nature of Buddhism. Buddhism in the Light of Christ also includes helpful suggestions on how to share Jesus with Buddhist friends, as well as important considerations regarding discipleship once a Buddhist has come to know Christ. "It is good that someone has written on this subject, and Esther Baker is the one to do it. Drawing from her experience of being a Buddhist nun, and then encountering the truth she had been seeking all along, Esther writes clearly about that truth and how it is sorely lacking in Buddhism." --Leanne Payne, Pastoral Care Ministries, Wheaton, IL "Esther's writing is a unique mix of storytelling and Biblical wisdom. Her stories reflect a rich understanding and insights drawn from her own personal experience as a Buddhist nun and also from years of living and teaching in contexts where a Buddhist worldview prevails. Her wisdom comes from deeply reflecting on how the Bible speaks about the concerns that Buddhism seeks to address. This book is essential for anyone who wants to understand Buddhism from a biblical worldview." --Ruth Wall, All Nations Christian College, Hertfordshire, UK "At a time when we hear of western 'dual-belongers' who argue with passion that we can actually be Buddhists while at the same time also claiming to be true Christians, in this sequel to her previous book, Esther Baker reflects from her own perhaps unrivaled experience on the deep and irreconcilable differences between what she actually found in living Buddhism and the joy and true freedom of authentically knowing Christ. This book is absorbingly readable and highly recommended." --Paul Williams, Centre for Buddhist Studies, University of Bristol, Bristol, UK Esther Baker has been a Christian for over twenty-two years and has served as a missionary in Thailand since 2000. She has a heart to see Buddhists come to know Jesus and mature in their faith. Baker is the author of I Once Was a Buddhist Nun (2009).
-Publisher

Esther Baker has been a Christian for over seventeen years and is now employed by a missionary organization working with former Buddhists., and she is the author of I Once was a Buddhist Nun.