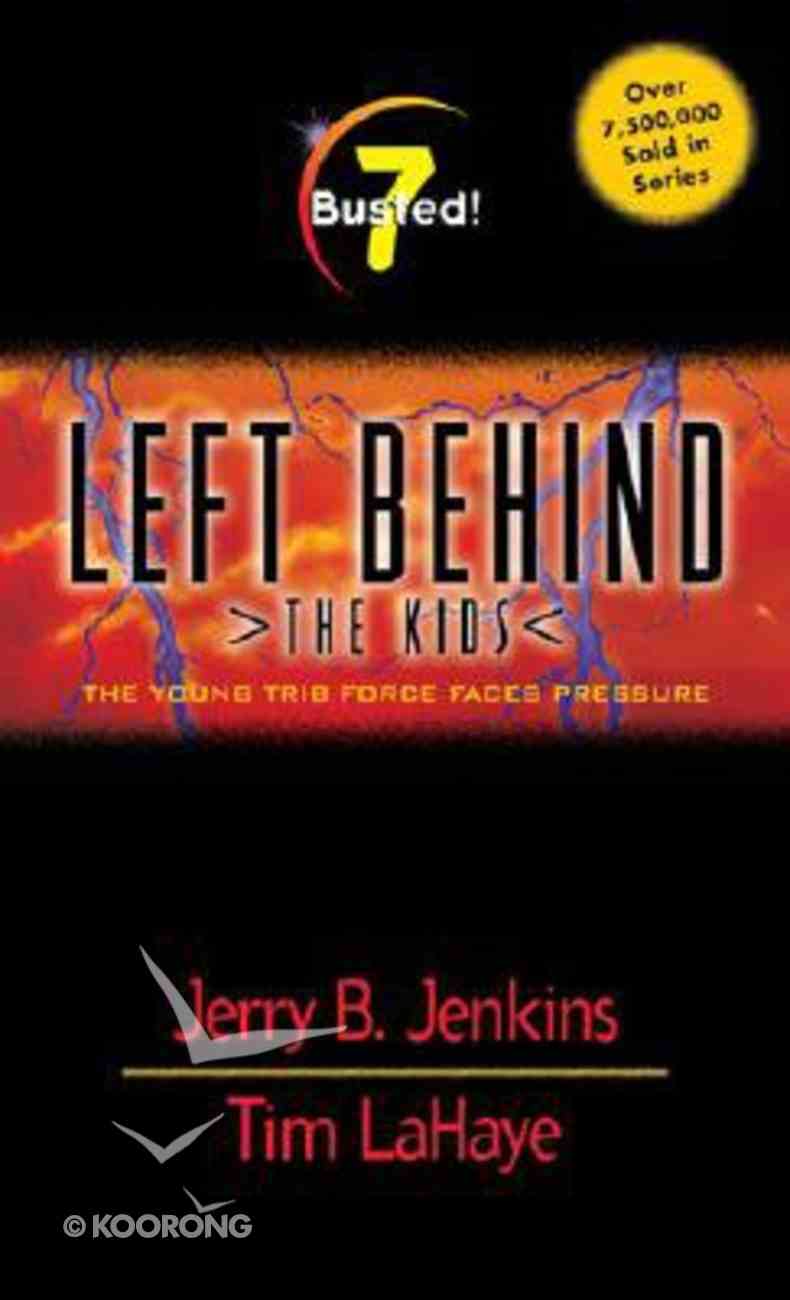 Busted (#07 in Left Behind The Kids Series)

Into the Storm (#11 in Left Behind The Kids Series)
Jerry Jenkins, Tim Lahaye
Paperback

Pursued by authorities from Nicolae High, Vicki and Judd attempt escape. A friend's betrayal puts Vicki on trial. With Old Testament prophecies coming true before their eyes the Young Trib Force struggles to spread the truth no matter what the cost.But the noose is tightening. Will the group stick together? Who is the insider at the school helping them?Follow Judd, Vicki, Lionel, and Ryan and the growing Young Trib Force as they continue their perilous journey through the earth's last days.
-Publisher

In #7 Busted, Vicki is sent to a juvenile detention center after school authorities charge her with distributing The Underground newspaper. The rest of the young Tribulation Force try to keep in touch with Vicki. Will she be able to hold up under the pressure?
-Publisher