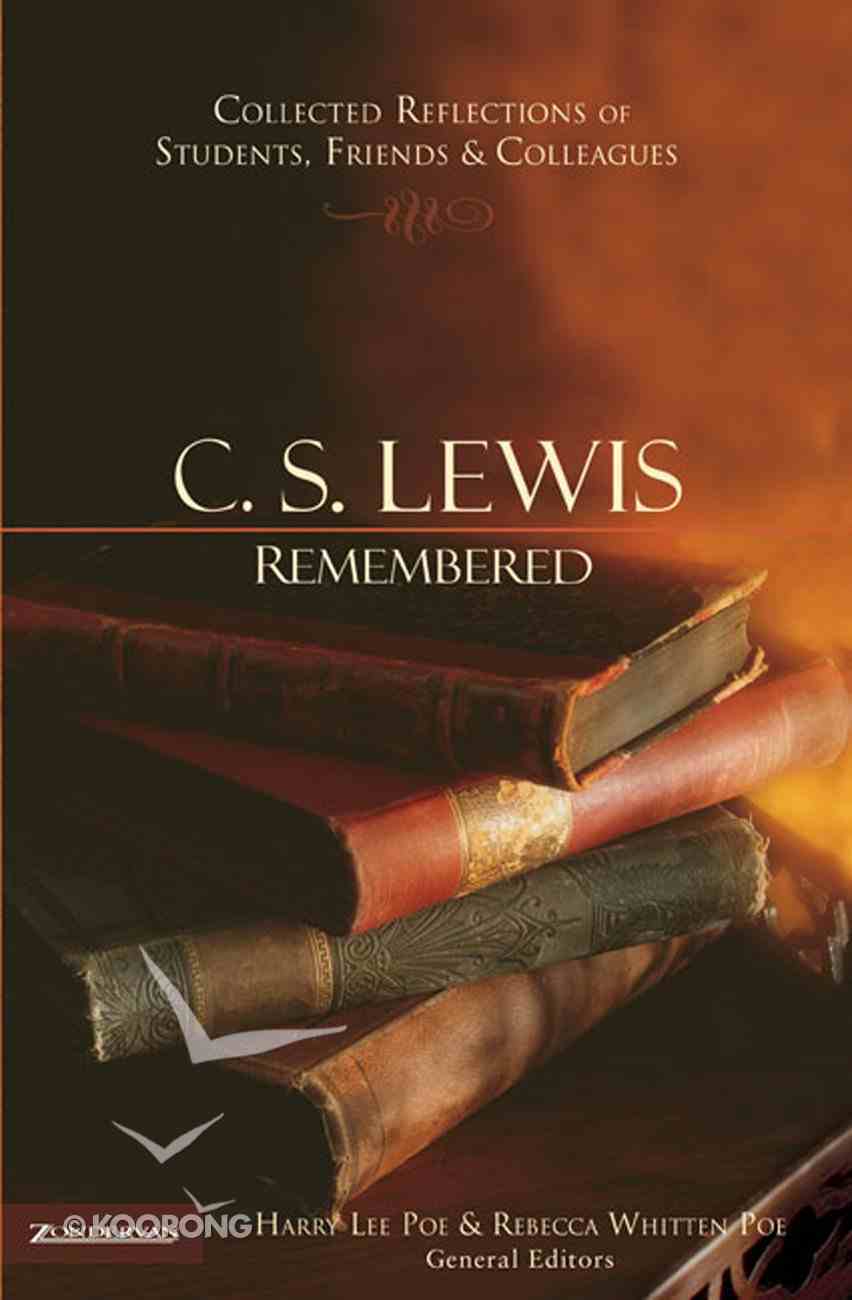 Fifteen former friends, colleagues, and students of C. S. Lewis share--in the form of deeply personal essays--their most intimate memories of one of the most influential Christian writers of all time.

Fifteen former friends, colleagues, and students of C. S. Lewis share--in the form of deeply personal essays--their most intimate memories of one of the most influential Christian writers of all time.

What was it like to have C. S. Lewis as a teacher? Most people know C. S. Lewis through his writings, but in his lifetime he was first and foremost a teacher. Now those who were influenced by what they learned from his teaching offer a unique view of one of the most influential Christian writers of all time. What was it like to study under C. S. Lewis when he taught at Oxford and Cambridge? How did his influence and teaching create a legacy that has influenced educators since? C. S. Lewis Remembered is a collection of interviews and essays that offer personal perspectives on Lewis the teacher and Lewis the man. These recollections portray him in all his humanity: both the irascibility and the brilliance, both the ferocity of his intellectual precision and the eagerness of his curiosity. Some of this book's contributors chose to study with Lewis because of his Christian faith. Others admired him as a scholar but never shared Lewis's interest in religion. Still others shared his ?mere Christianity? but differed with him over his Protestantism. But all of them came into contact with Lewis when they were young adults, whether they were students, colleagues, or those who knew him informally as a teacher. Many of them followed in his footsteps and became educators as well. Former students such as W. Brown Patterson, Peter Milward, and Peter Bayley talk about what it was like to study under Lewis. A recent lecture by Walter Hooper and essays by such noted scholars as Barbara Reynolds offer additional insight on Lewis and his influence. Also included are pieces by Lewis's godson, Lawrence Harwood; a transcript of an interview with Owen Barfield, a friend who knew Lewis from the time Lewis returned to Oxford after World War I and who played an important role in Lewis's shift from atheism to belief in God; and a hitherto unpublished sketch of Lewis by Mary Shelley Neylan. In addition, an article that appeared in SF Horizons, a magazine for science fiction fans, offers a transcript of a taped conversation between C. S. Lewis, Kingsley Amis, and Brian Aldiss.
-Publisher

Dr Harry Lee Poe holds the Charles Colson Chair of Faith and Culture at Union University in Jackson, Tennessee. The author of many books and articles on how the gospel intersects culture, Poe has written numerous articles on C. S. Lewis and co-edited C. S. Lewis Remembered and most recently The Inklings Oxford.

Poe is the Charles Colson Professor of Faith and Culture at Union University in Jackson, Tenn. He also serves as the program director of the C.S. Lewis Summer Institute and as president of the Academy for Evangelism in Theological Education.