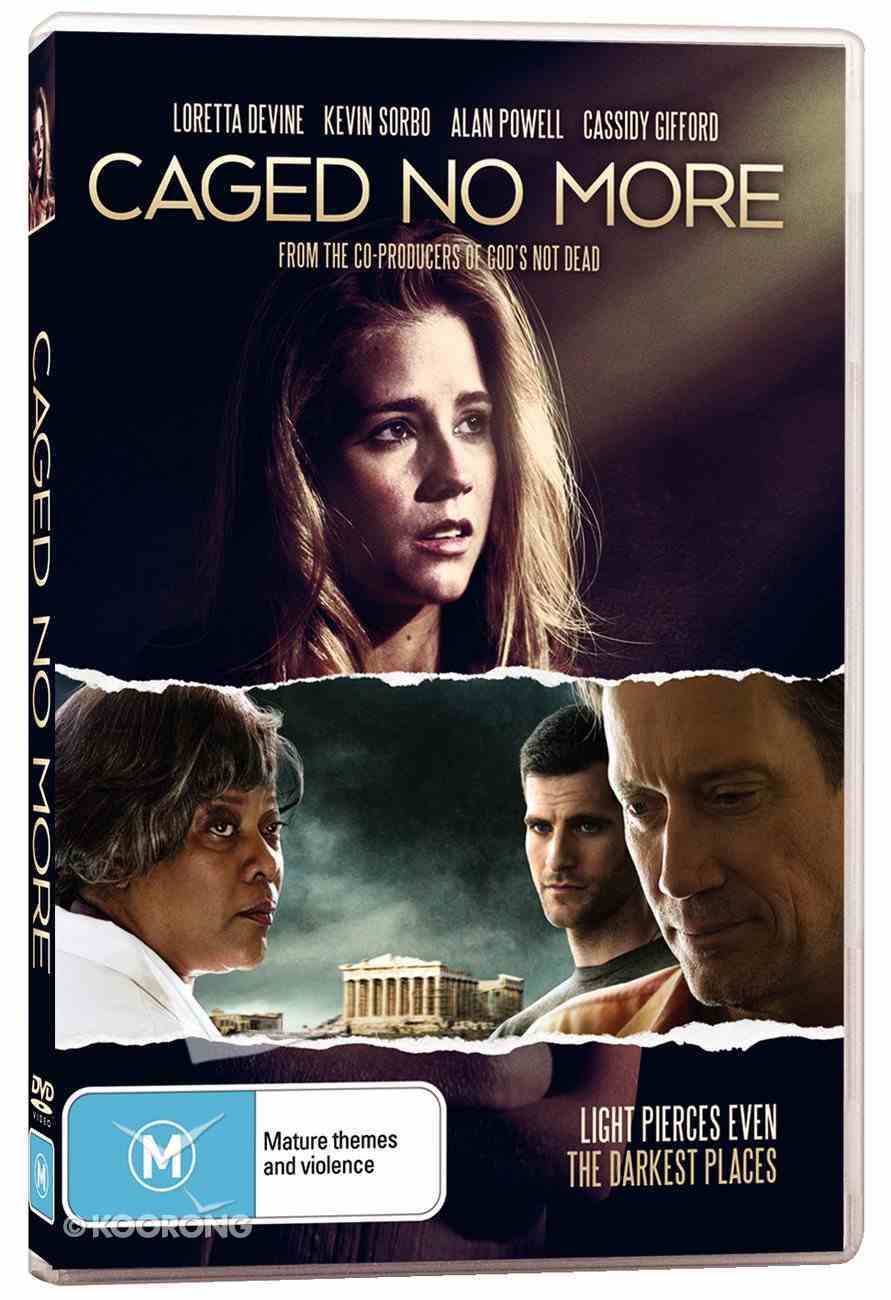 An estimated 27 million people are enslaved worldwide. From the co-producers of God's Not Dead, Caged No More is a feature film that will raise awareness of human trafficking, aid in connecting anti-trafficking organisations, and equip parents, schools and churches...

God's Not Dead: Evidence For God in An Age of Uncertainty
Rice Broocks
Paperback

Between Heaven and Hollywood
David A R White
Paperback

An estimated 27 million people are enslaved worldwide. From the co-producers of God's Not Dead, Caged No More is a feature film that will raise awareness of human trafficking, aid in connecting anti-trafficking organisations, and equip parents, schools and churches to aid in trafficking prevention.

Aggie Prejean is desperate. Her precious goddaughter Macy has just died in her arms of an apparent drug overdose; but her real nightmare is just beginning. With her last breath, Macy pleads with Aggie, "Save my girls from Jack!" As Aggie struggles to understand the incoherent pleas, she comes to believe that Macy's two young girls, who Aggie loves like her own granddaughters, have been kidnapped by their malevolent father, Jack, and are now in very imminent danger. While Aggie doesn't fully know the gravity of the situation, she prays God will help her find the girls before Jack's sinister schemes come to fruition. The only clue she has to help her is in the laptop Jack hurriedly left behind.

Digging deeper into Jack's past, Aggie discovers he has a twin brother, Richard DuLonde, a well-known and respected humanitarian with ample means. Seeing the DuLondes as her only chance of receiving assistance in finding the girls, Aggie risks arrest by crashing their high brow charity ball with the hopes they will listen to her plight.

The DuLondes and their son Wil, who is former Special Forces, are mortified at Jack's involvement in the girls' disappearance and are compelled to assist Aggie in the search. Further investigation, and hacking Jack's laptop, reveals he has taken his daughters to Europe to sell them into the sex trade. They quickly devise a plan to stop Jack and rescue the girls by teaming up with a human trafficking rescue organization and set out for Greece. Aggie's heart is hopeful and she is filled with God's peace that the girls will be saved.

Back in Louisiana, the DuLonde's home church and members of the community come together in prayer for the safe return of Elle and Skye. Christian artists Natalie Grant and Anthony Evans issue a challenge to the church and encourage people to use their personal platforms to help bring an awareness of and end to human trafficking.

Meanwhile in Greece, Aggie holds tight to her faith while Wil's team races against the clock, searching the city's brothels for the two innocent girls. Every minute that passes could mean losing Skye and Elle forever.

CAGED NO MORE is part of a Trilogy.