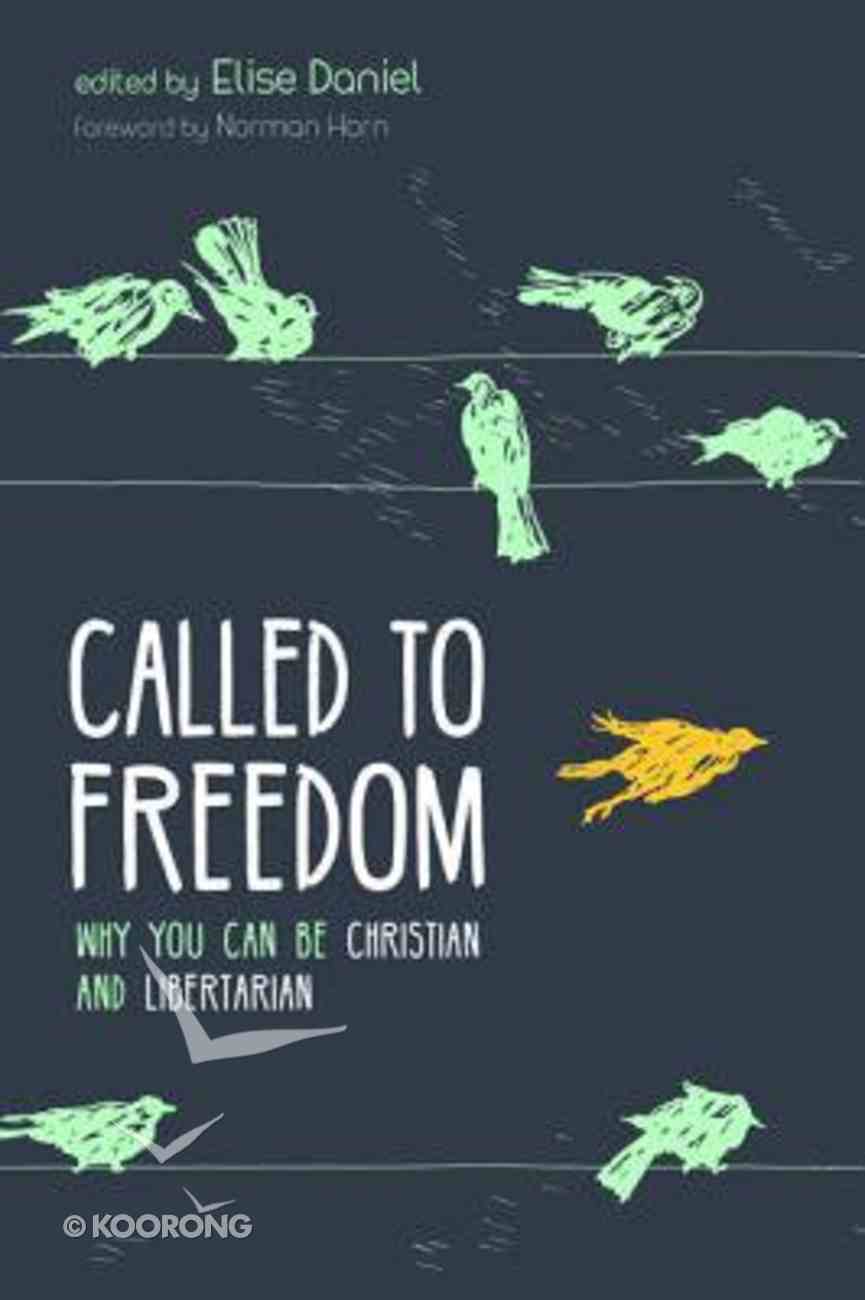 Called to Freedom: Why You Can Be Christian and Libertarian

Struggling For the Soul of Our Country
Preston M Browning
eBook

How to Be Evangelical Without Being Conservative
Roger E Olson
eBook

Conservatism, Republican politics, and traditional Christianity are thought by some to go together like baseball and apple pie. Yet, for a growing number of people, libertarian political thought provides an alternative to the traditional Christian right. That number includes the six young authors of this book who explore and expound the case that one can be both a Christian and a libertarian. Called to Freedom explores the major points of tension between the Christian faith and political liberty to demonstrate why the two can coexist in harmony. Through their own personal experiences, and from six different perspectives, the authors offer both thoughtful arguments and encouragement to anyone navigating the space between Christianity and libertarianism. It is in that space that the authors have found a home, one that prioritizes the kingship of Jesus Christ and the inherent dignity of the people created in his image. If you are a Christian exploring libertarian thought, or if you feel caught between your Christian beliefs and libertarian political instincts, this book is written for you. Contributors: Jacqueline Isaacs is the inaugural Fellow in Strategic Communication at the American Studies Program in Washington, DC. She earned her MBA in marketing at Johns Hopkins University and her BS in government at Oral Roberts University. Jason Hughey is a certified personal trainer and group fitness instructor. He earned his BA in government from Regent University in 2012 and worked for several liberty-advancing nonprofits before switching to the fit- ness industry full-time. Taylor Barkley lives in Washington, DC with his wife and works at a public policy organization and part-time with Search Ministries. He graduated from Taylor University with a degree in history and political science. Leah Hughey is a graduate of Regent University, where she studied government and history. She works at a Christian ministry focused on fostering collaboration between charities and churches to solve social problems in the cities they serve. Leah has been happily married to coauthor Jason since 2013. Philip Luca is an award-winning marketing strategist working with tech companies and startups in the DC area. He currently serves on the board of the American Marketing Association, DC as the VP of Social Media. He holds two graduate degrees from Liberty University in digital media and theology. ""The essays collected in this volume represent a wave of fresh and welcome voices in the age-old debates over the relationship between liberty and religious faith. If the so-called libertarian 'moment' is to last, it will be due in no small part to the efforts of sharp, principled thinkers like these, who engage not only their reason but also their faith in efforts to live together freely and virtuously."" --Robert A. Sirico, President, Acton Institute ""This book is an exciting combination of personal intellectual journeys, public policy, and biblical exegesis all rolled into one. Anyone interested in the intersection (or separation) of church and state will enjoy it."" --Roger Custer, Executive Director, America's Future Foundation ""As Called to Freedom makes clear, the only social/political arrangement that makes sense in a Christian context is one that allows each peaceful person to exercise his uniqueness. Whether it's the personal decision to accept Christ, or making the daily choices that define one's character, freedom is God's intent for each of us."" --Lawrence W. Reed, President, Foundation for Economic Education ""This book is mature, calm, and penetrating, while turning the focus constantly toward the freedom and dignity of all."" --Jeffrey Tucker, Director of Content, Foundation for Economic Education ""Called to Freedom makes a compelling case that Christians should support liberty rather than any political party. In today's difficult political environment, this book reminds us why we should not put our hope in politi
-Publisher