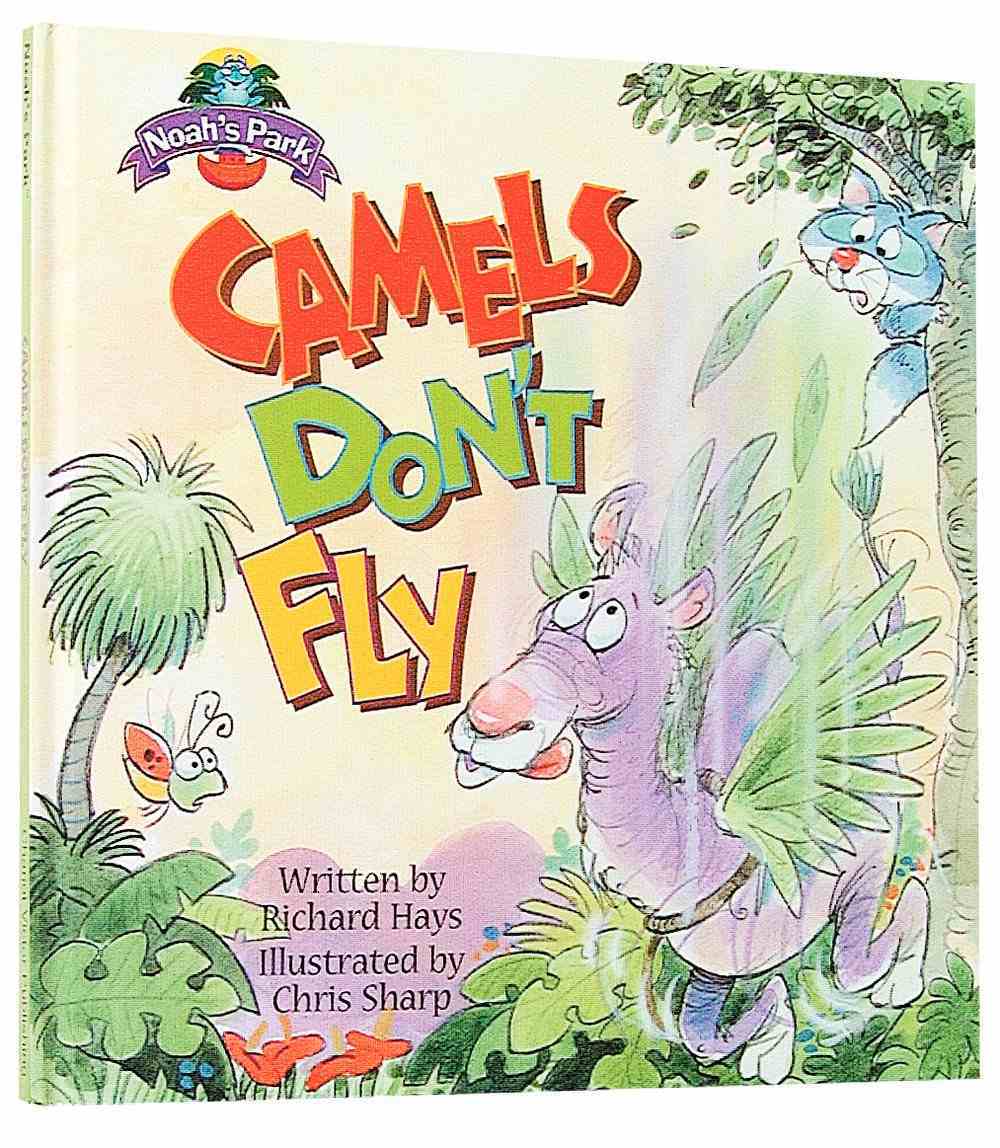 Where did the animals go when they left the ark? These imaginative stories with their colourful cartoon-style illustrations feature the adventures of one group of animals as they learn about loving and trusting God. Hardback, from CVP.

Where did the animals go when they left the ark? These imaginative stories with their colourful cartoon-style illustrations feature the adventures of one group of animals as they learn about loving and trusting God. Hardback, from CVP.

"Delightful story about a camel named Honk who believes he can fly and triesingenious ways to do so. His friends in Noah's Park work together to help himlearn to appreciate the gifts God gave him, and also to help him fly. "
-Publisher

Where did the animals go when they left the ark? As the animals left the ark, they scattered far and wide so that once more the earth would be covered by God's creatures. One small group, though, traveled together. They discovered a beautiful forest where a sparkling waterfall emptied into a peaceful pond. There were berries and nuts to eat and a warm cave for shelter. One of the animals, a wise from named Ponder, suggested that this was a special place, a place made just for them. The other animals agreed, and they decided to make the forest their home. Ponder, who remembered the great man who had saved them, called the forest Noah's Park. These are the adventures of the animals that lived in Noah's Park.
-Publisher

This endearing new series is loaded with laughs, lovable characters and memorable lessons that children absolutely adore. Each book emphasizes an important character trait to give children a solid foundation.
-Publisher

You Are Special
Max Lucado
Hardback

When I Pray For You
Matthew Paul Turner
Hardback