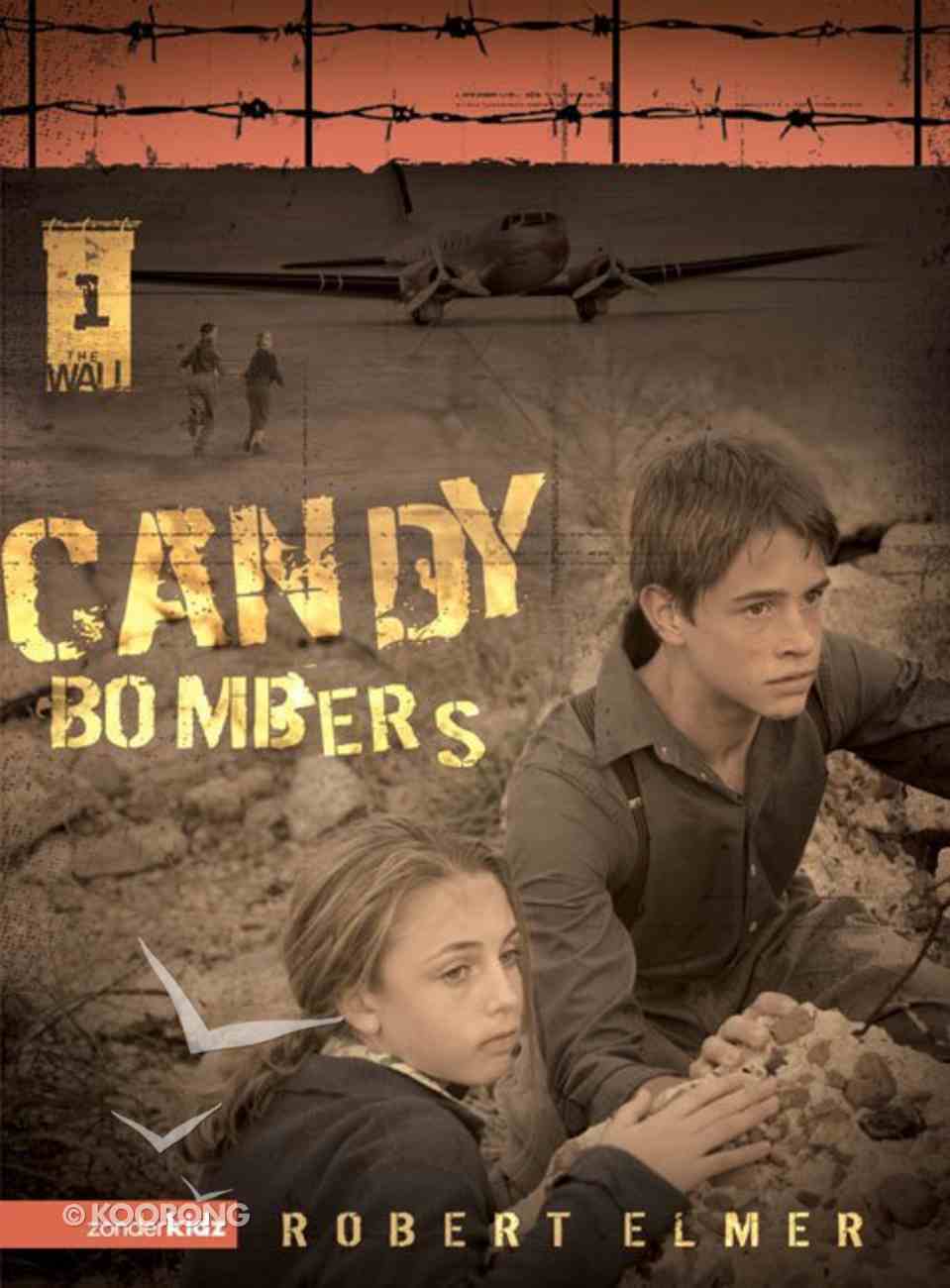 Candy Bombers (#01 in The Wall Series)

In book one of this series, cousins Erich and Katarina find that survival in post-World War II Berlin isn't easy, especially when the Russians impose a 24/7 blockade around the city. But everything changes when they sneak inside an American...

Life Behind the Wall (3in1) (The Wall Series)
Robert Elmer
eBook

There's a Spaceship in My Tree! (#01 in The Star-fighters Of Murphy Street Series)
Robert West
eBook

In book one of this series, cousins Erich and Katarina find that survival in post-World War II Berlin isn't easy, especially when the Russians impose a 24/7 blockade around the city. But everything changes when they sneak inside an American cargo plane and meet a U.S. airman named Fred DeWitt. Though Erich has plenty of reasons to resent this man, in the end they must decide: cling to bitterness, or learn to forgive?

Middle-school readers ages 8-12 can experience a story of action and adventure in Candy Bombers, book 1 in the Wall Trilogy series that presents historically accurate fiction which brings the past to life in a kid-friendly way. Cousins Erich and Katarina find themselves trapped behind the Berlin Wall in 1948, and must find a way to survive-despite the growing dangers around them.


Candy Bombers is perfect for:

kids interested in stories about spies, mysteries, adventure, and friendship providing a fun and interesting series that helps readers 8-12 understand history in a real and understandable way homeschool or school libraries back to school reading, birthdays, and holiday gifts
Candy Bombers takes readers to Berlin, Germany in the spring of 1948. Teenage cousins Erich and Katarina are just trying to survive Soviet isolation and starvation when they see the Americans have food. When Erich sneaks inside a US cargo plane, he is caught by an American sergeant who tries to befriend him. Though Erich has plenty of reasons to resent this man, in the end he must decide-should he cling to bitterness or learn to forgive?


If you enjoyed Candy Bombers, be sure to check out the other books in the Wall Trilogy that continue the story: Beetle Bunker and Smuggler's Treasure

Robert is the author of two updated spiritual classics, Practicing God's Presence and Rediscovering Daily Graces (NavPress) and co-author of Off My Case for Kids (Zondervan/HarperCollins) with Christian apologist Lee Strobel. He is a graduate of Simpson College and St. Mary's College in California, with a B.A. degree in communications and Bible, as well as an elementary teaching credential. He has also written fiction for adults--Like Always, The Duet, The Recital, and The Celebrity, as well as seven popular youth fiction series, including The Wall, with combined sales of over a half million.

Roman, the Twelve and the King, the (#02 in Epic Order Of The Seven Series)
Jenny L Cote
Paperback