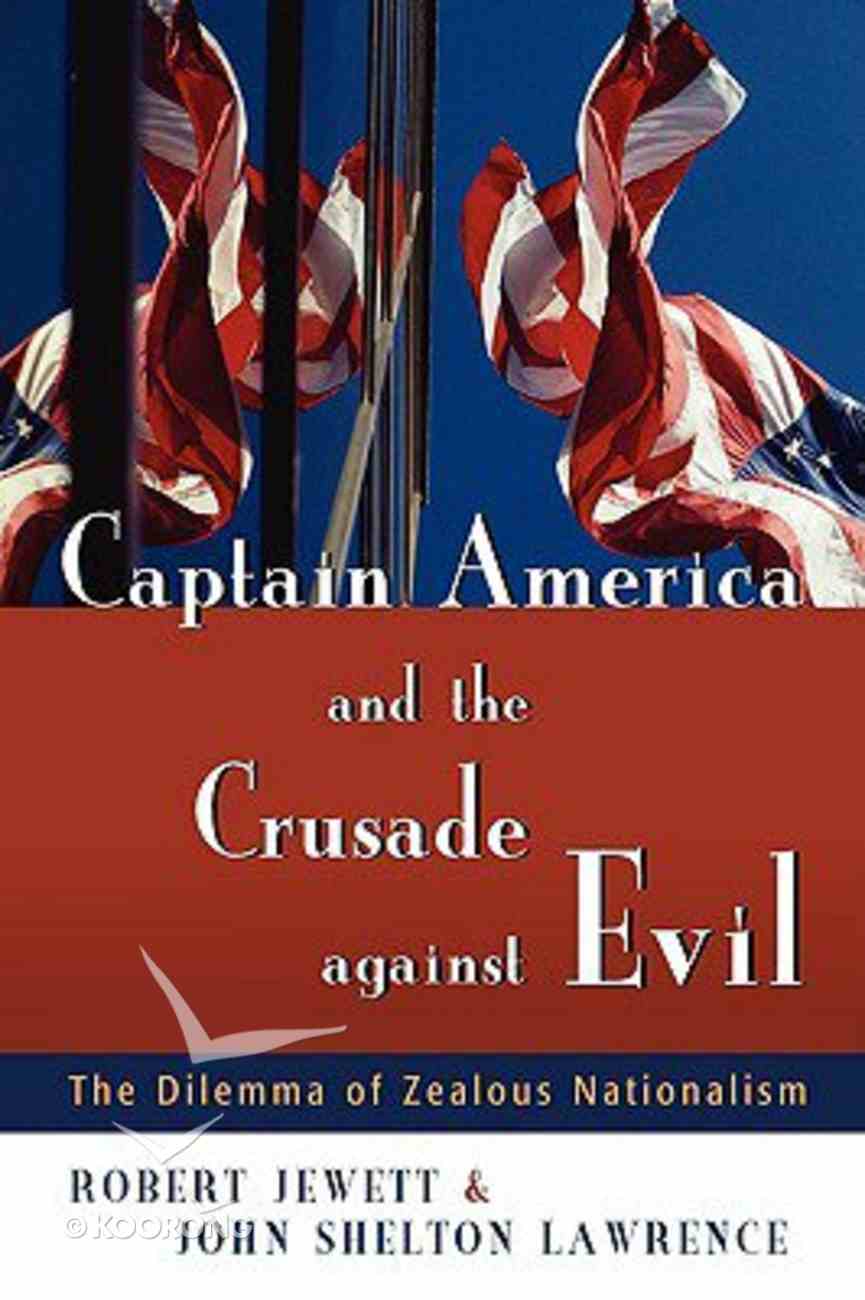 Captain America and the Crusade Against Evil

As immediate and relevant as todaybs headlines, this book sets forth a bold argument with direct implications for political life in America and around the world. Combining incisive cultural analysis and keen religious insight, Robert Jewett and John Shelton Lawrence...

What If America Were a Christian Nation Again?
D James Kennedy
eBook

End the Irs Before It Ends Us
Grover Norquist
eBook

As immediate and relevant as todaybs headlines, this book sets forth a bold argument with direct implications for political life in America and around the world. Combining incisive cultural analysis and keen religious insight, Robert Jewett and John Shelton Lawrence maintain that American crusading -- so powerfully embodied in popular entertainments -- has striking parallels with Islamic jihad and Israeli militancy.According to Jewett and Lawrence, American civil religion has both a humane, constitutional tradition and a violent strand that is now coming to the fore. The crusade to rid the world of evil and bevildoersb derives from the same biblical tradition of zealous warfare and nationalism that spawns Islamic and Israeli radicalism. In America, where this tradition has been popularized by superheroic entertainments, the idea of zealous war is infused with a distinctive sense of mission that draws on secular and religious images. These crusading ideals are visible in such events as the settling of the,western frontier, the World Wars, the Cold War, the Gulf War, and Americabs present war on terrorism.In exploring the tradition of "zealous nationalism," which seeks to redeem the world by destroying enemies, the authors provide a fascinating access to the inner workings of the American psyche. They analyze the phenomenon of "zeal" -- the term itself is the biblical and cultural counterpart of the Islamic concept of "jihad" -- and address such consequential topics as the conspiracy theory of evil, the problem of stereotyping enemies, the mystique of violence, the obsession with victory, and the worship of national symbols such as flags.This critical book, however, is alsoimmensely constructive. As Jewett and Lawrence point out, the same biblical tradition that allows for crusading mentalities also contains a critique of zealous warfare and a profound vision of impartial justice. This tradition of
-Publisher

Lawrence is professor emeritus of philosophy at Morningside College, Sioux City, Iowa. He is a writer, consultant, and Senior Coonservation Fellow at the Sierra Club in San Francisco.

Robert Jewett is Visiting Professor of New Testament at the University of Heidelberg in Germany.

Whose Promised Land? the Continuing Crisis Over Israel and Palestine (& 2015)
Colin Chapman
Paperback

Virus as a Summons to Faith: Biblical Reflections in a Time of Loss, Grief, and Anxiety
Walter Brueggemann
Paperback

Candles in the Dark: Faith, Hope and Love in a Time of Pandemic
Rowan Williams
Paperback

Coronavirus and Christ: What is God Doing Through the Coronavirus?
John Piper
Paperback

Is This the End?: Signs of God's Providence in a Disturbing New World
David Jeremiah
Paperback