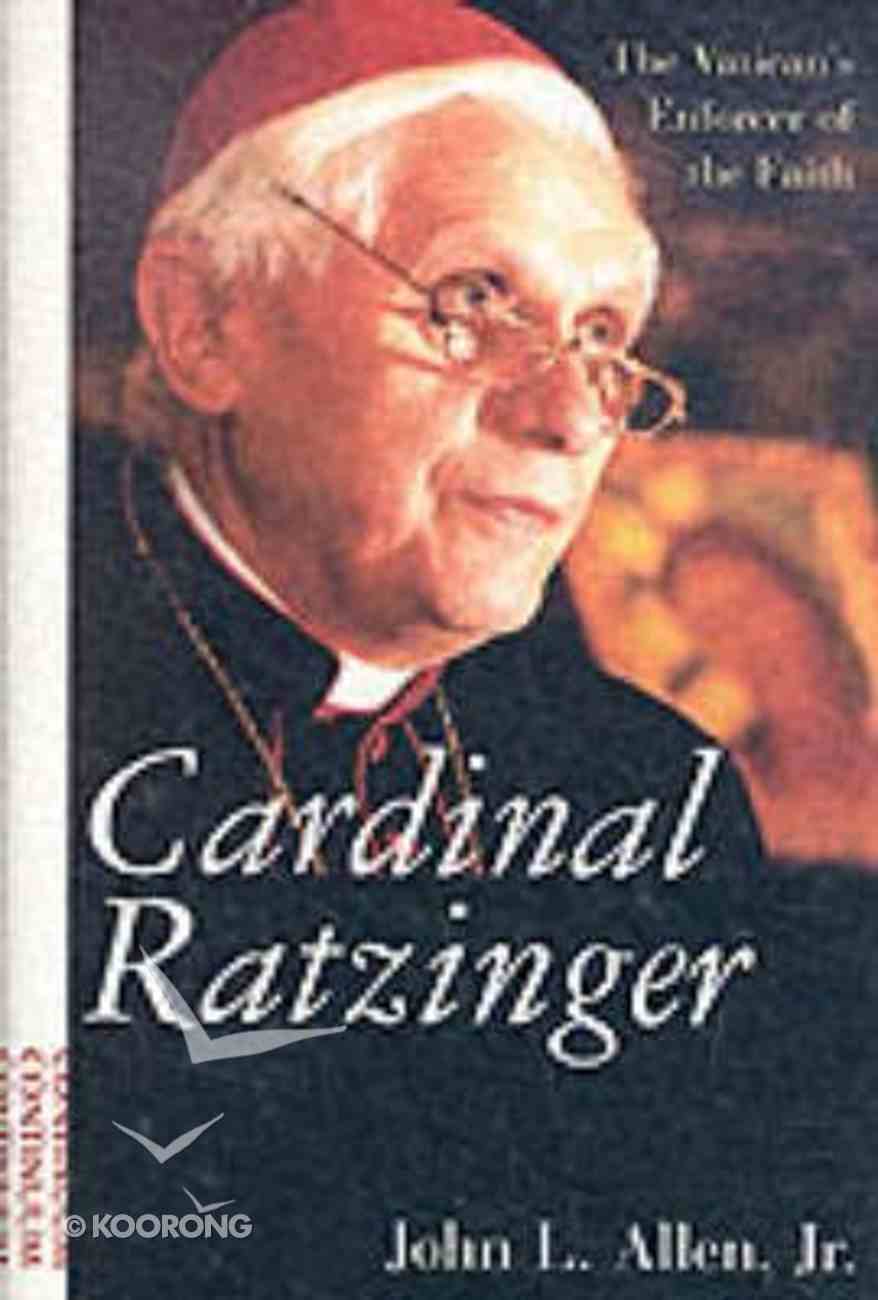 A vivid blow-by-blow of the controversies that have wracked the Catholic Church during the past twenty yearsLiberation theology, birth control, women's ordination, inclusive language, "radical feminism," homosexuality, religious pluralism, human rights in the church, and the roles of bishops and...

To Shake the Sleeping Self: A Journey From Oregon to Patagonia, and a Quest For a Life With No Regret
Jedidiah Jenkins
Hardback

Not Forsaken: A Story of Life After Abuse: How Faith Brought One Woman From Victim to Survivor
Jennifer Michelle Greenberg
Hardback

A vivid blow-by-blow of the controversies that have wracked the Catholic Church during the past twenty yearsLiberation theology, birth control, women's ordination, inclusive language, "radical feminism," homosexuality, religious pluralism, human rights in the church, and the roles of bishops and theologians-one man has stood at the dead center of all these controversial issues: Cardinal Joseph Ratzinger. A teenage American POW as the Third Reich crumbled and a progressive wunderkind at the Second Vatican Council, Ratzinger, for twenty years, has been head of the Congregation for the Doctrine of the Faith (until 1908 known as the Sacred Congregation of the Roman and Universal Inquisition, or Holy Office). The book goes a long way toward explaining the central enigma surrounding Ratzinger: How did this erstwhile liberal end up as the chief architect of the third great wave of repression in Catholic theology in the twentieth century? Based on extensive interviews with Ratzinger's students and colleagues, as well as research in archives in both Bavaria and the United States, Allen's account shows that Ratzinger's deep suspicion of "the world," his preoccupation with human sinfulness, and his demand for rock-solid loyalty to the church run deep. They reach into his childhood "in the shadow of the Nazis" and reflect his formative theological influences: Augustine, Bonaventure, and Martin Luther(!) rather than the world-affirming Thomas Aquinas. When the cardinals of the Catholic Church next gather in the Sistine Chapel to elect a pope, Allen argues, they will in effect be deciding whether to continue the policies Ratzinger has been the central force in shaping."The servility of the sycophants, of those who shy from and shun every collision, who prize above all their calm complacency, is not true obedience. . . . What the church needs today as always are not adulators to extol the status quo, but men whose humility and obedience are not less than their passion for the truth; . . .men who love the church more than the ease and the unruffled course of their personal destiny."-Joseph Ratzinger (1962)>
-Publisher

JOHN L. ALLEN, Jr., is the Vatican correspondent for the National Catholic Reporter and a Vatican analyst for CNN and National Public Radio. His weekly Internet column, The Word from Rome, is widely considered the best source of insights into Vatican affairs in the English language. He is the author of popular Catholic titles: Pope Benedict XVI; All The Pope's Conclave; Opus Dei; The Rise Of Benedict XVI, and All The Pope's Men.