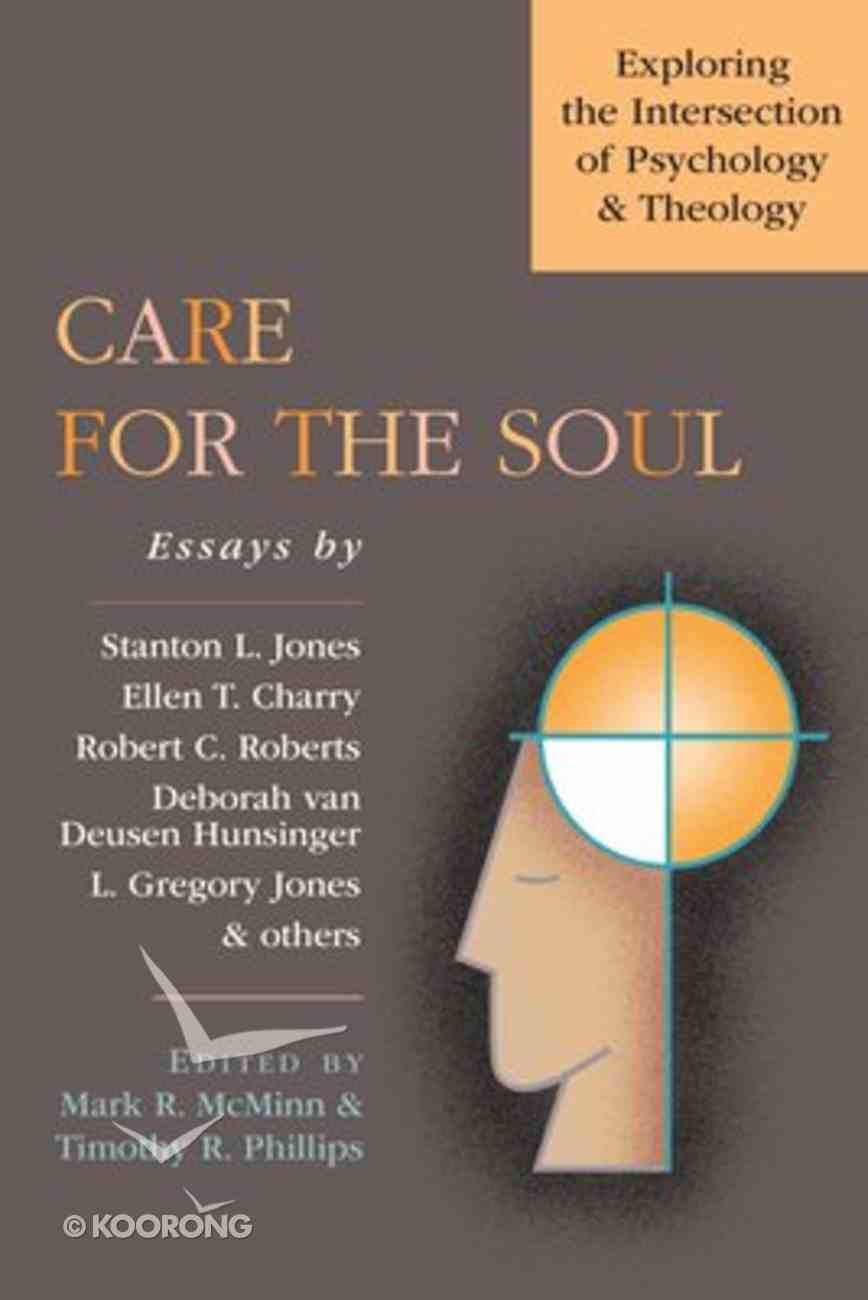 Care For the Soul

"This volume explores the intersection of psychology and theology, but it is not a simple intersection. It is an intersection affected by rich theological and ecclesiological traditions, by the ravages and wonders of modern psychology, and by the character and...

"This volume explores the intersection of psychology and theology, but it is not a simple intersection. It is an intersection affected by rich theological and ecclesiological traditions, by the ravages and wonders of modern psychology, and by the character and qualities of today's ministers and communities of faith." (from the introduction)

For two millennia Christians have been caring for souls. Since the Enlightenment, though, the Christian concept of the soul has been usurped by modern and postmodern notions of the self. "Somehow we misplaced the soul even as we developed a thriving science of the psyche," lament the editors of this volume. Thus there is a clash between Western therapeutic culture and the church's understanding of the soul's nature and its care.

As a result, some Christians deride psychology as dangerous. Others believe that it has much to offer Christians interested in caring for the soul. What is the proper relationship between psychology and theology? Is soul care the shared task of these two fields? This collection of essays is a multidisciplinary dialogue on the interface between psychology and theology that takes seriously the long, rich tradition of soul care in the church. In this volume you'll find incisive discussions of the current state of theology and psychology overcoming the acquiescence to secularism theological resources for developing Christian psychology taking theology to heart in psychology taking psychology to heart in theology and Christian life Contributors include Jeffry H. Boyd, Ellen T. Charry, Deborah van Deusen Hunsinger, L. Gregory Jones, Stanton L. Jones, Cynthia Neal Kimball, Bryan N. Maier, Michael Mangis, Philip G. Monroe, Stephen K. Moroney, Dennis L. Okholm, David Powlison, Robert C. Roberts, Richard L. Schultz, Myrla Seibold, Brett Webb-Mitchell and David Alan Williams.

Nineteen psychologists and theologians look at the boundaries between science and religion, trying to find common ground in an area fraught with controversy. How does modern psychology's approach differ from the age-old techniques used by clergy? What can each side learn from the other?
-Publisher

L. Gregory Jones (Ph.D., Duke University) is vice president and vice provost for global strategy and programs at Duke University in Durham, North Carolina. He previously served as dean of Duke Divinity School. He also serves as president of leadership education at Duke Divinity, and as professor of theology.


His books include Embodying Forgiveness: A Theological Analysis; Transformed Judgment: Toward a Trinitarian Account of the Moral Life; Everyday Matters: Intersections of Life and Faith; Resurrecting Excellence: Shaping Faithful Christian Ministry and most recently Forgiving As We've Been Forgiven: Community Practices for Making Peace (Resources for Reconciliation)
Koorong -Editorial Review.

Mark R. McMinn (Ph.D., Vanderbilt University) is a professor of psychology at George Fox University where he teaches in the Graduate Department of Clinical Psychology, he was previously Professor of Psychology at Wheaton College for 13 years.. He is a licensed clinical psychologist, board certified with the American Board of Professional Psychology and a Fellow of the American Psychological Association. He has written several books, including Psychology, Theology, and Spirituality in Christian Counseling; Making the Best of Stress; Care for the Soul; Why Sin Matters, Integrative Psychotherapy, Sin and Grace in Christian Counseling: An Integrative Paradigm and the award winning Finding Our Way Home.

Deborah van Deusen Hunsinger (Ph.D. from Union Theological Seminary in New York City) is professor of pastoral theology at Princeton Theological Seminary. An ordained Presbyterian minister, she is interested in educating clergy and laypeople to offer theologically sound and psychologically informed pastoral care in the church. As a Fellow in the American Association of Pastoral Counselors, she has received extensive training in a variety of therapeutic modalities, having worked with individuals, couples, families, and groups. She is a member of the Society for Pastoral Theology and of the Karl Barth Society of North America. Her major publications include Theology and Pastoral Counseling: A New Interdisciplinary Approach (Wm. B. Eerdmans, 1995), The New Dictionary of Pastoral Studies, ed. Wesley Carr, Donald Capps, Robin Gill, Anton Obholzer, Ruth Page, Deborah van Deusen Hunsinger, Rowan Williams (SPCK and Wm. B. Eerdmans, 2002) and Pray without Ceasing: Revitalizing Pastoral Care (Wm. B. Eerdmans, 2006).

Timothy R. Phillips (PhD., Vandervelt University) served as associate professor of theology at Wheaton College prior to his death in October 2000 at the age of 50. He co-edited The Nature of Confession: Evangelicals and Postliberals in Conversation, More Than One Way?, Care of the Soul, Welcome to the Family: An Introduction to Evangelical Christianityand Christian Apologetics in the Postmodern World. He was instrumental in starting and organizing the annual Wheaton College Theology Conference.