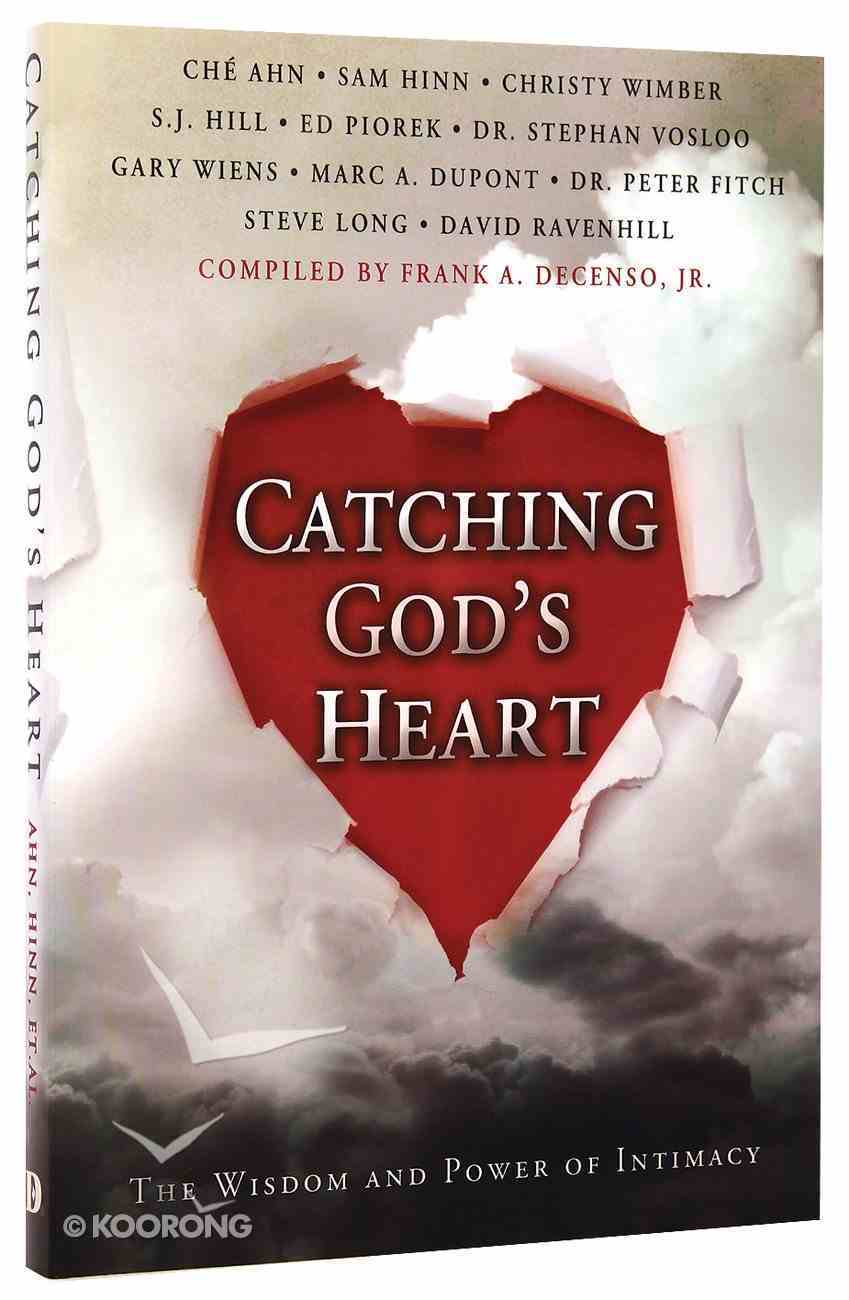 All you do as a Christian springs forth from an intimate relationship with God, and it's in His presence that you receive His love and His direction for your life and ministry. The main objective of a Christian's life is...

What If It's True?
Charles Martin
eBook

The Power of His Presence
Carol Wimber, Christy Wimber
eBook

All you do as a Christian springs forth from an intimate relationship with God, and it's in His presence that you receive His love and His direction for your life and ministry. The main objective of a Christian's life is to love God with all of your heart, soul, mind, and strength. Catching God's Heart tells you how to accomplish that objective. As you become the Bride of Christ, you must leave your old ways and your old loves behind, and cleave to your Bridegroom - Jesus Christ. This thought-provoking compilation of messages about intimacy with God instructs and encourages you to catch God's heart and become an heir to the unfathomable riches that accompany a lifestyle of such delectable intimacy. Contributors include Che Ahn, Sam Hinn, Christy Wimber, S.J. Hill, Ed Piorek, Stephanus W. Vosloo, Gary Wiens, Marc A. Dupont, Peter Fitch, Steve Long, David Ravenhill.

Marc Dupont, formerly on staff with Toronto Airport Christian Fellowship, is founder and president of Mantle of Praise Ministries, a transdenominational ministry concerned with revival and restoring the prophetic edge to the Body of Christ. Active in leadership ministry for fifteen years, Marc is married to Kim and teaches at seminars, conferences and churches in many nations. He is associate pastor of Heartland Community Church in Fort Wayne, Indiana. A

Wiens has been associated with Mike Bickle and the International House of Prayer in Kansas City since June of 1999, and is now President of Burning Heart Ministries, giving his full time to ministering to the Lord and sharing the vision of the House of Prayer.

Ravenhill, who is engaged in a full time itinerant ministry, established Spikenard Ministries to reflect his desire to see extravagant worship, intimacy, and maturity brought to the Body of Christ.

Christy Wimber has been part of the Vineyard Movement since it began. She is an author, speaker and television host. For 22 years Christy has travelled around the world, teaching on the Kingdom of God. Christy served as Director for Worship Conferences and Training at Vineyard Music until 2001. She has released material covering John Wimber's teachings and writings. Christy also writes for The Church Report. She has presented 700 Club Interactive and the Spiritual Gifts Webcast. She and Sean have been married for 22 years and have two children. They live in Yorba Linda, California.

Che Ahn (D.Min., Fuller Theological Seminary) is senior pastor of Harvest Rock Church in Pasadena, California, and founder and president of Harvest International Ministry, a worldwide apostolic network of more than 5,000 churches in more than 34 nations. The author of numerous books including When Heaven Comes Down: Experiencing God's Glory in Your Life; Spirit-Led Evangelism: Reaching the Lost through Power and Love and Close Encounters Of The Divine Kind, Ahn travels and teaches extensively throughout the world.