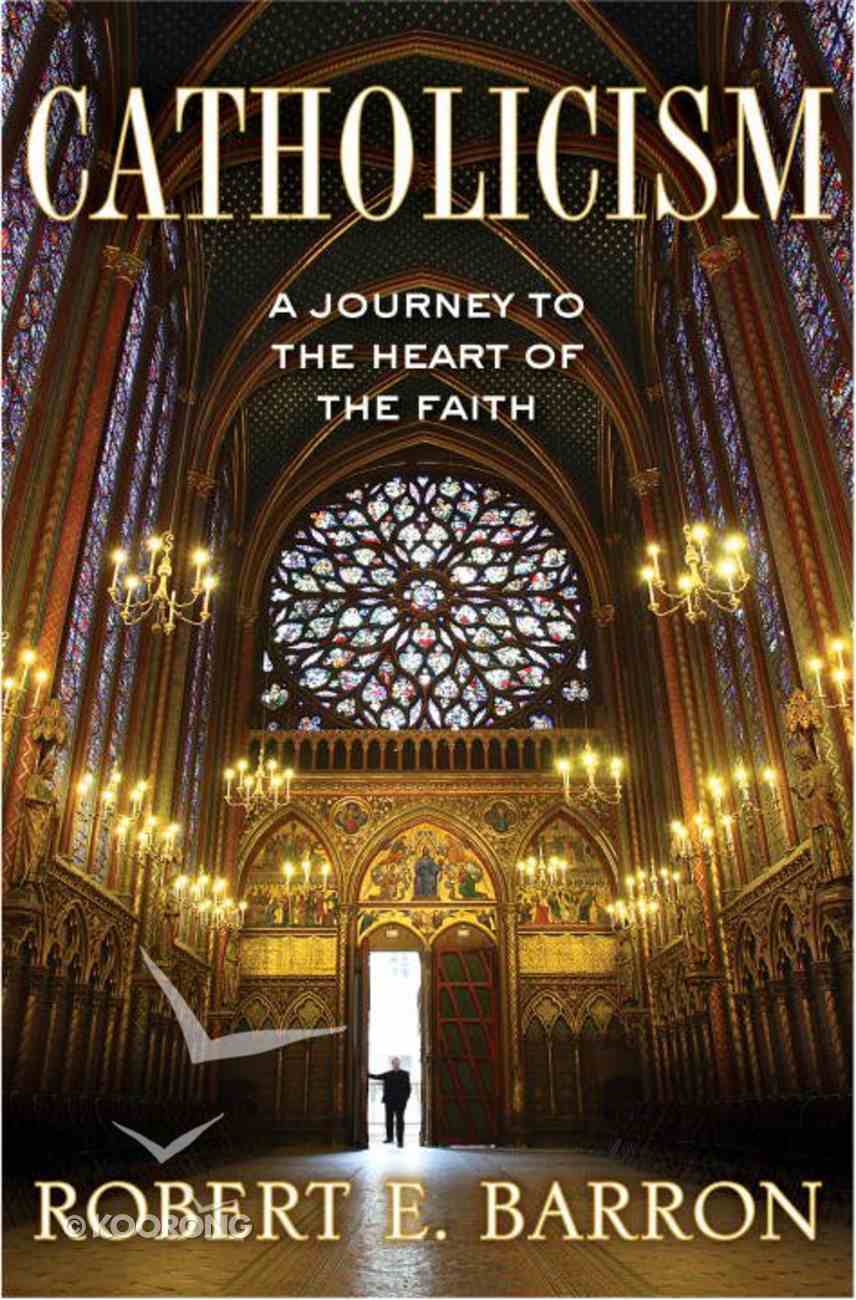 &"What I propose to do in this book is to take you on a guided exploration of the Catholic world, but not in the manner of a docent, for I am not interested in showing you the artifacts of Catholicism...

The Miracle of Love: A Guide For Catholic Pastoral Care
Margaret Ghosn
Paperback

&"What I propose to do in this book is to take you on a guided exploration of the Catholic world, but not in the manner of a docent, for I am not interested in showing you the artifacts of Catholicism as though they were dusty objets d&'art in a museum of culture.&#160; I want to function rather as a mystagogue, conducting you ever deeper into the mystery of the incarnation in the hopes that you might be transformed by its power.&" &-Father Robert Barron
&#160;
What is Catholicism? A 2,000 living tradition? A worldview? A way of life? A relationship? A mystery? In Catholicism Father Robert Barron examines all these questions and more, seeking to capture the body, heart and mind of the Catholic faith.

Starting from the essential foundation of Jesus Christ&'s incarnation, life, and teaching, Father Barron moves through the defining elements of Catholicism &- from sacraments, worship, and
-Publisher

Robert Barron is professor of systematic theology at the University of St. Mary of the Lake, Mundelein, Illinois. Fr. Barron was ordained a priest for the Archdiocese of Chicago in 1986, has a masters degree in philosophy from the Catholic University of America and a doctorate in sacred theology from the Institut Catholique in Paris. He is the author of many articles and popular books, including Thomas Aquinas: Spiritual Master; And Now I See: A Theology of Transformation; and The Strangest Way. Fr. Barron gives frequent talks, retreats and workshops on issues of theology and spirituality acro

AMAZED AND AFRAID: THE REVELATION OF GOD BECOME MAN

It all begins with a jest. The essence of comedy is the coming together of opposites, the juxtaposition of incongruous things. So we laugh when an adult speaks like a child or when a simple man finds himself lost amid the complexities of sophisticated society. The central claim of Christianity--still startling after two thousand years--is that God became human. The Creator of the cosmos, who transcends any definition or concept, took to himself a nature like ours, becoming one of us. Christianity asserts that the infinite and the finite met, that the eternal and the temporal embraced, that the fashioner of the galaxies and planets became a baby too weak even to raise his head. And to make the humor even more pointed, this Incarnation of God was first made manifest not in Rome, Athens, or Babylon, not in a great cultural or political capital, but in Bethlehem of Judea, a tiny outpost in the corner of the Roman Empire. One might laugh derisively at this joke--as many have over the centuries--but, as G. K. Chesterton observed, the heart of even the most skeptical person is changed simply for having heard this message. Christian believers up and down the years are those who have laughed with delight at this sacred joke and have never tired of hearing it repeated, whether it is told in the sermons of Augustine, the arguments of Aquinas, the frescos of Michelangelo, the stained glass of Chartres, the mystical poetry of Teresa of Avila, or the little way of Therese of Lisieux. It has been suggested that the heart of sin is taking oneself too seriously. Perhaps this is why God chose to save us by making us laugh.

One of the most important things to understand about Christianity is that it is not primarily a philosophy or a system of ethics or a religious ideology. It is a relationship to the unsettling person of Jesus Christ, to the God-man. Someone stands at the center of Christian concern. Though Christian thinkers have used philosophical ideas and cultural constructs to articulate the meaning of the faith--sometimes in marvelously elaborate ways--they never, at their best, wander far from the very particular and unnerving first-century rabbi from Nazareth. But who precisely was he? We know next to nothing about the first thirty years of Jesus&'s life. Though people have speculated wildly about these hidden years--that he traveled to India to learn the wisdom of the Buddha; that he sojourned in Egypt where he became adept at healing, and so forth--no reliable information concerning Jesus&'s youth and young manhood exists, except perhaps the tantalizing story in Luke&'s Gospel about the finding of Jesus in the temple. Since Joseph, the husband of Mary, Jesus&'s mother, is described as a carpenter, we can safely assume that Jesus apprenticed to the carpentry trade while growing up. As far as we can determine, Jesus was not formally trained in a rabbinic school, nor was he educated to be a temple priest or a scribe, nor was he a devotee of the Pharisees, the Sadducees, or the Essenes--all recognized religious parties with particular convictions, practices, and doctrinal proclivities. He was, if I can use a somewhat anachronistic term, a layman.

And this made his arrival on the public scene al