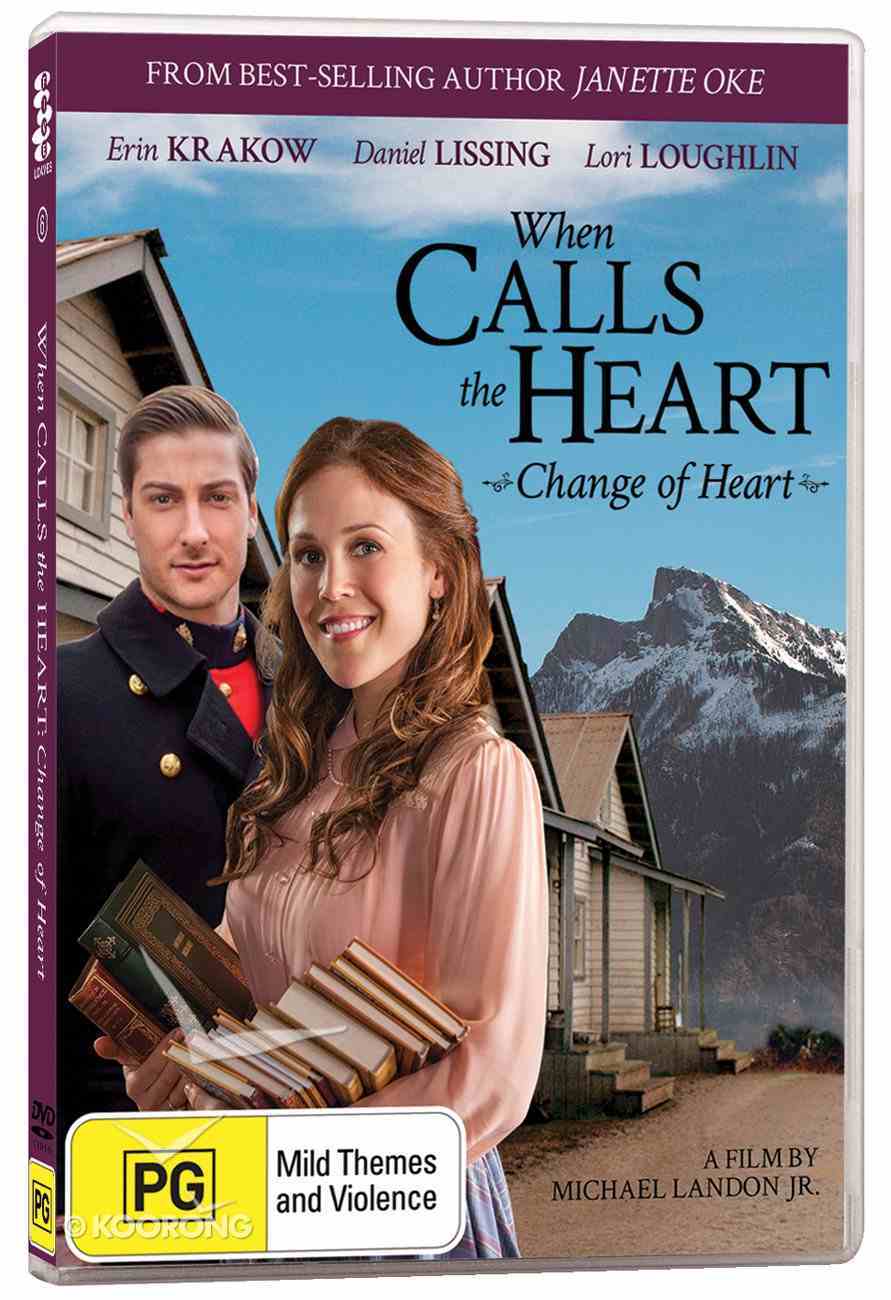 Change of Heart (#06 in When Calls The Heart Dvd Series)

Based on Janette Oke's best-selling Canadian West series, and directed by Michael Landon, Jr., When Calls The Heart: Change Of Heart follows the continuing story of Elizabeth Thatcher (Erin Krakow), a young teacher, who finds a home in Coal Valley,...

When Calls the Heart #10: Heart of the Family
Janette Oke
DVD

When Calls the Heart #07: Rules of Engagement
Janette Oke
DVD

When Calls the Heart #08: Trials of the Heart
Janette Oke
DVD

When Calls the Heart #09: Heart and Soul
Janette Oke
DVD

Based on Janette Oke's best-selling Canadian West series, and directed by Michael Landon, Jr., When Calls The Heart: Change Of Heart follows the continuing story of Elizabeth Thatcher (Erin Krakow), a young teacher, who finds a home in Coal Valley, a small coal mining town.

Having finally come to grips with his feelings towards her, Mountie Jack Thornton invites Elizabeth out for a romantic dinner date. Elizabeth agrees to join him just as her younger sister, Julie Thatcher, arrives in Coal Valley, surprising everyone. Little do Jack or Elizabeth realize that the arrival of Julie's stagecoach will usher in surprises that could upend the lives of everyone in Coal Valley.

Julie is accompanied by Mountie Patrick O'Reilly, the man who has been sent to inform Jack of his new posting, and become the new Constable of Coal Valley. Jack had already forgotten that he sent in a request to transfer the week he arrived in Coal Valley, and the news takes him by surprise.

As Jack is making his way towards his new posting, he crosses paths with some fellow Mounties who are on the hunt for the infamous Tolliver Gang. Jack discovers that the Tolliver Gang is headed towards Coal Valley, and turns around to help Mountie O'Reilly bring the group of outlaws to justice.

Meanwhile, Abigail Stanton uncovers a file with damning evidence, tying mining magnate, Henry Gowen, to the mining disaster that led to the deaths of thirty men. With quite a few mysteries unfolding, can Jack and Elizabeth uncover the truth and help restore order in the community?

When Calls the Heart #16: Forever in My Heart
Janette Oke
DVD