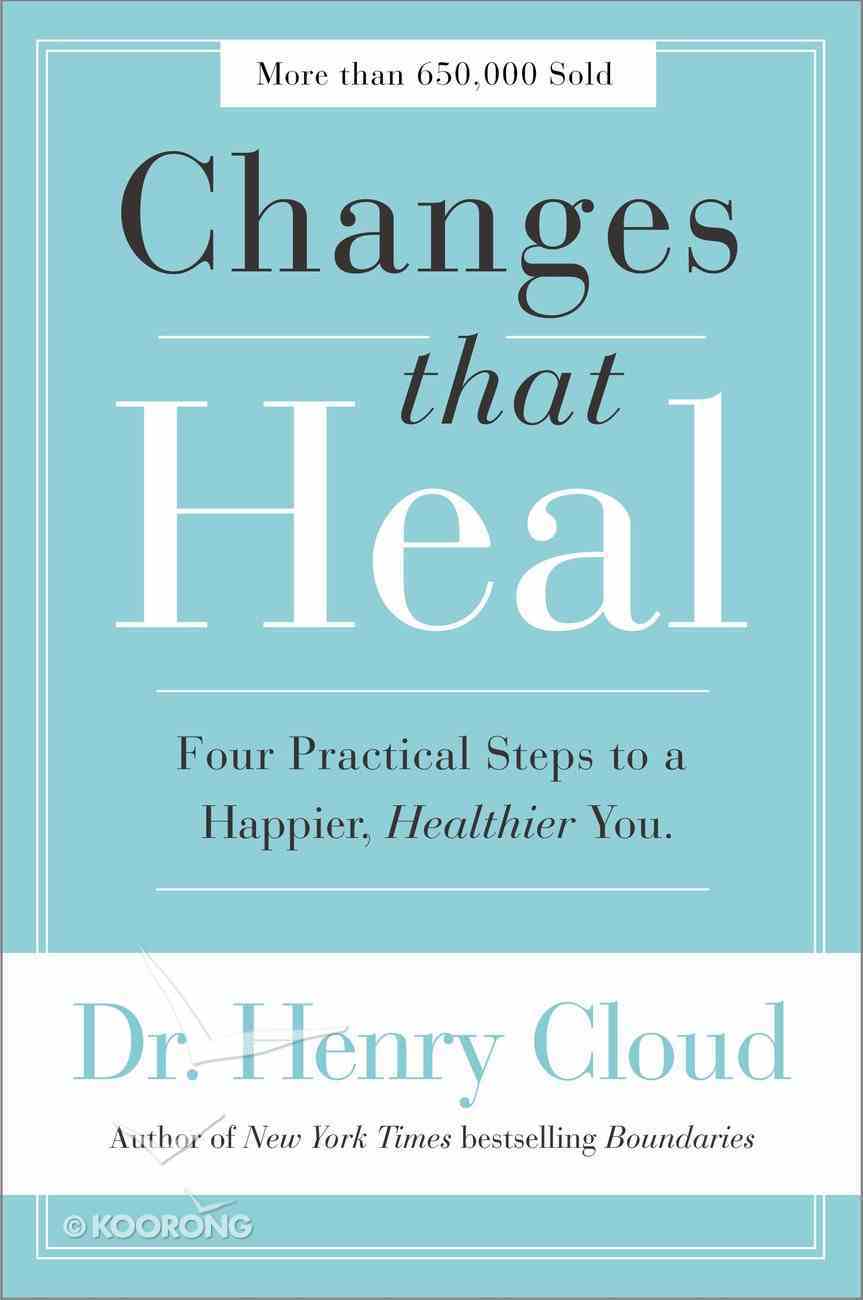 Changes That Heal: Four Practical Steps to a Happier, Healthier You

: Many of us struggle with anxiety, loneliness, and feelings of inadequacy. We know that God created us in his image, but how can we be loving when we feel burned out? How can we be free when we struggle...

39 available
Expected to ship within 1 hour from Australia.
Learn More
Free Shipping
for orders over $99.

Changes That Heal: The Four Shifts That Make Everything Better...And That Anyone Can Do (Unabridged, 12 Cds)
Henry Cloud, Dick Fredricks (Narr)
CD

Who I Am in Christ (2 Sheets, 40 Stickers) (Stickers Faith That Sticks Series)
Stickers

:
Many of us struggle with anxiety, loneliness, and feelings of inadequacy. We know that God created us in his image, but how can we be loving when we feel burned out? How can we be free when we struggle with addiction? Will we ever enjoy the complete healing God promises?


Changes That Heal by renowned psychologist Dr. Henry Cloud offers a down-to-earth plan to help us recover from the wounds of the past and grow more and more into the image of God. Combining his professional expertise and personal experience, Dr. Cloud guides us through four basic ways to become joy-filled, mature followers of Christ:


Connect more deeply with others


Separate from others in healthy ways


Understand the good and the bad in ourselves and others


With fascinating case studies and helpful techniques we can start using immediately, Changes That Heal reminds us that God promises to complete his good work in us.

Changes That Heal: The Four Shifts That Make Everything Better...And That Anyone Can Do (Unabridged, 1 Mp3)
Henry Cloud, Dick Fredricks (Narr)
CD

Changes That Heal: The Four Shifts That Make Everything Better...And That Anyone Can Do (Unabridged, 12 Cds)
Henry Cloud, Dick Fredricks (Narr)
CD