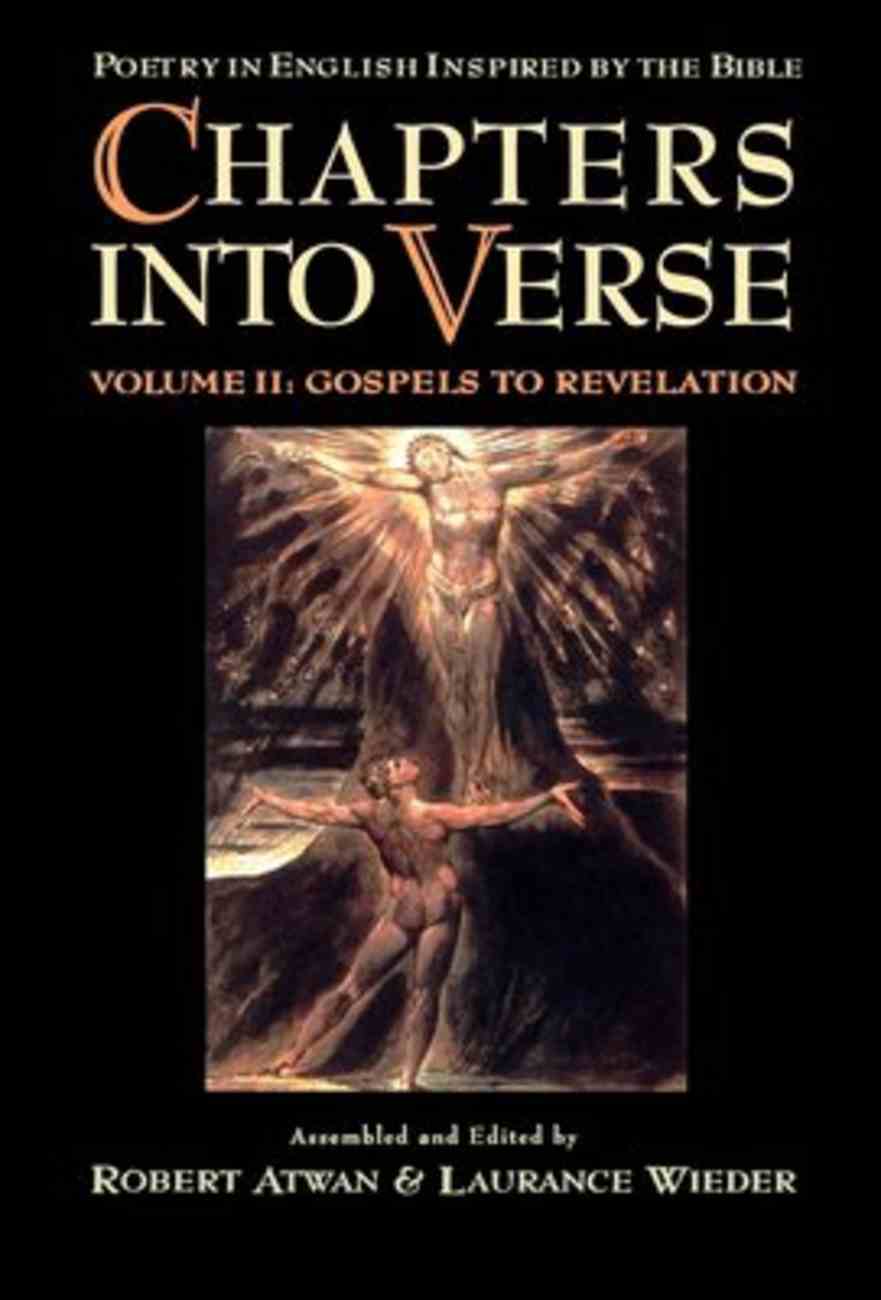 The Creative Bible For Children
Flexi Back

For generations, poets have turned to the Bible for insight and inspiration. What did so many creative minds find in scripture? Is the Bible still a vital source of poetic inspirations?
Chapters Into Verseis the first comprehensive collection ever made of poems written in English inspired by the Bible. A groundbreaking anthology, it introduces readers to a distinct heritage of English poetry: the scriptural tradition. Though frequently ignored and sometimes suppressed, this tradition rivals the classical and is every bit as venerable.
Drawing a unique map of the history of English poetry, the two volumes ofChapters Into Versesurvey and define the literary legacy of the Scriptures from the fourteenth century to the present. Each volume is arranged in scriptural order, and each poem is preceded by the biblical passage that inspired it. Thus readers can conveniently witness the various ways sacred text has sparked the imagination of poets throughout the ages.
Volume II follows the Gospels (harmonized) through Revelation. The collection features verses both famous and unfamiliar, from John Donne's meditative masterpieces to D.H. Lawrence's quirky expostulations. The editors have included poems by virtually all the prominent religious poets--among them, John Milton, George Herbert, Henry Vaughan, Edward Taylor, Christopher Smart, and Gerard Manley Hopkins. Included, too, are devotional and visionary works from a wide range of vintage poets--Edmund Spenser, Alexander Pope, Robert Burns, William Blake, Walt Whitman, Emily Dickinson, Christina Rossetti, Alfred Tennyson, and Robert Browning.
Proving that the Bible is just as powerful a source of inspiration today as it was in the past, the collection assembles a mixed congregation of modern and contemporary poets, such as Ezra Pound, T.S. Eliot, Elizabeth Bishop, Delmore Schwartz, Dylan Thomas, Robert Frost, Countee Cullen, William Butler Yeats, John Berryman, Robert Graves, Sylvia Plath, Allen Ginsberg, Lee Murray, Amy Clampitt, and Richard Wilbur.
Of enduring interest to readers of both scriptureandliterature, this anthology illuminates key passages of the New Testament. The measured speech and inspired leaps of poetry offer a spirited alternative to the textual exegesis usually supplied by prose commentary. As such,Chapters IntoVerseis truly a poets' Bible. In selection after selection, readers will encounter an astonishing variety of religious experiences, as a host of poets from many eras and many backgrounds respond to Holy Scripture spiritually, profoundly, and imaginatively.
-Publisher

ROBERT ATWAN has been the series editor of "The Best American Essays" since its inception in 1986. He has edited numerous literary anthologies and written essays and reviews for periodicals nationwide.

Laurance Wieder has contributed poems and reviews to the New Yorker, The New York Times Book Review, and Scripsi. He edited the highly-acclaimed two-volume work Chapters Into Verse: Poetry in English Inspired by the Bible.ý

All Along You Were Blooming: Thoughts For Boundless Living
Morgan Harper Nichols
Hardback

How Far You Have Come: Musings on Beauty and Courage
Morgan Harper Nichols
Hardback