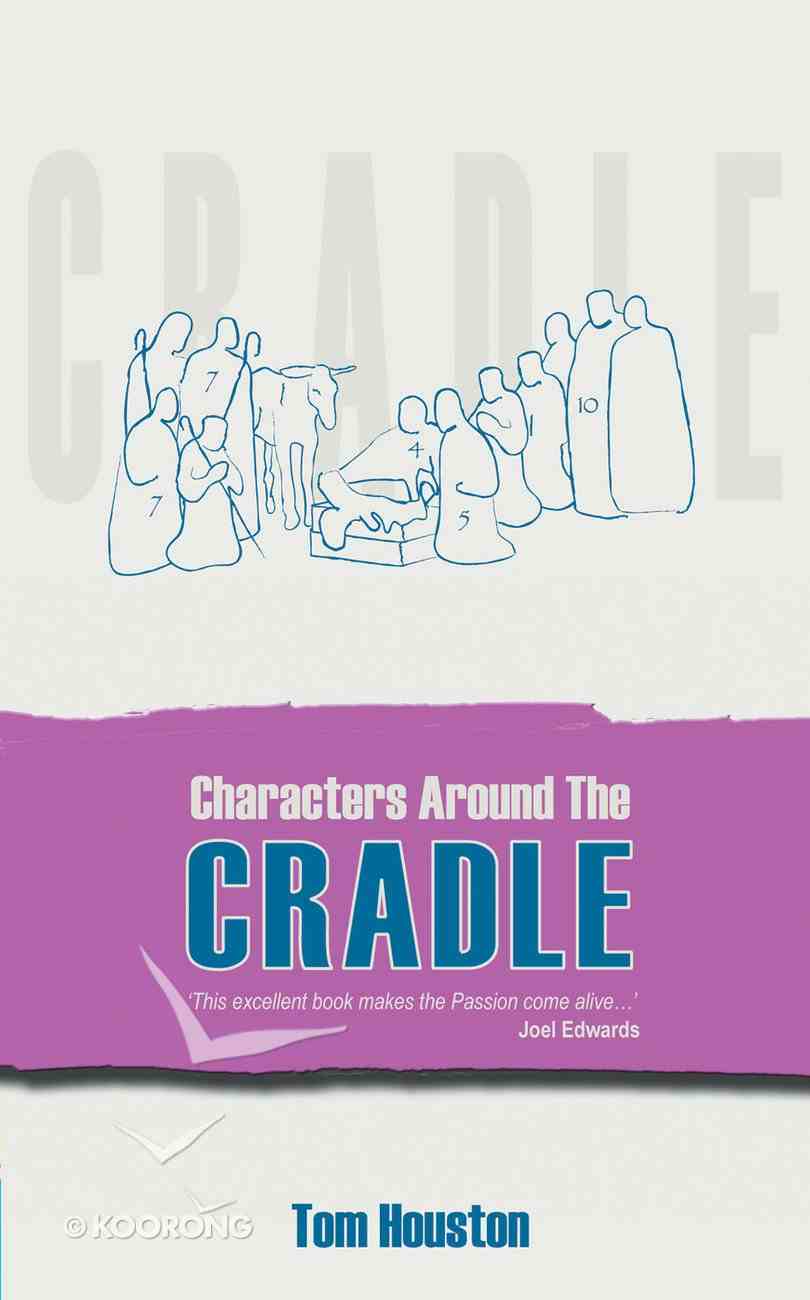 Characters Around the Cradle

The birth of the first New Testament Church told from the perspective of those there at the start - whether helping or hindering the gospel. The extensive historical and biblical research that underlies each chapter means you are guaranteed to...

The birth of the first New Testament Church told from the perspective of those there at the start - whether helping or hindering the gospel. The extensive historical and biblical research that underlies each chapter means you are guaranteed to learn something new from this book. Tom has also designed the book to help preachers prepare or present their sermons with an appendix on how to preach on bible characters.
-Publisher

Christmas makes people both happy and frustrated, especially Christian people. There is a tug-of-war between the secular Christmas with its tinsel, glitter and high spending on gifts, and the meaning it was supposed to have from the unusual birth of Jesus.^Tom Houston looks at a great story with a great cast. The political forces of Caesar Augustus, Herod and the travellers from the east, the religious establishment in Zechariah, Elizabeth, Anna and Simeon, The outcast prophet - John the Baptist, the ordinary people - Mary, Joseph and the shepherds and also the Gospellers - Matthew and Luke.
-Publisher

John Charles Ryle 1816 1900 was the first Bishop of Liverpool England. After a dazzling sporting career at school and university poised on the verge of national recognition he gave it all up to become a minister in the Church of England.However his leadership abilities on the field of play stood out and prepared him for the difficult task of being an evangelical leader of a mixed diocese in the most sectarian of English cities. Throughout his period in office Ryle was respected by his colleagues to the extent that even one of his most strident opponents broke down and wept at the news of his death. He was able to master the difficult task of being firm in his beliefs and loving in his application of them. His gracious spirit is an example to us today. This is probably why many of Ryle's writings have been continuously in print for over 100 years. Here Ryle explains that divisive often derided and misapplied by advertising term 'born again'. He explains what being 'born again' means wh
-Publisher

Tom Houston is a retired Scot and lives with his wife Hazle in Oxford, England. He served as a pastor for 20 years in Scotland and Kenya and then went on to serve in leadership positions with the British and Foreign Bible Society, World Vision and the Lausanne Committee for World Evangelisation until his retirement in 1994.