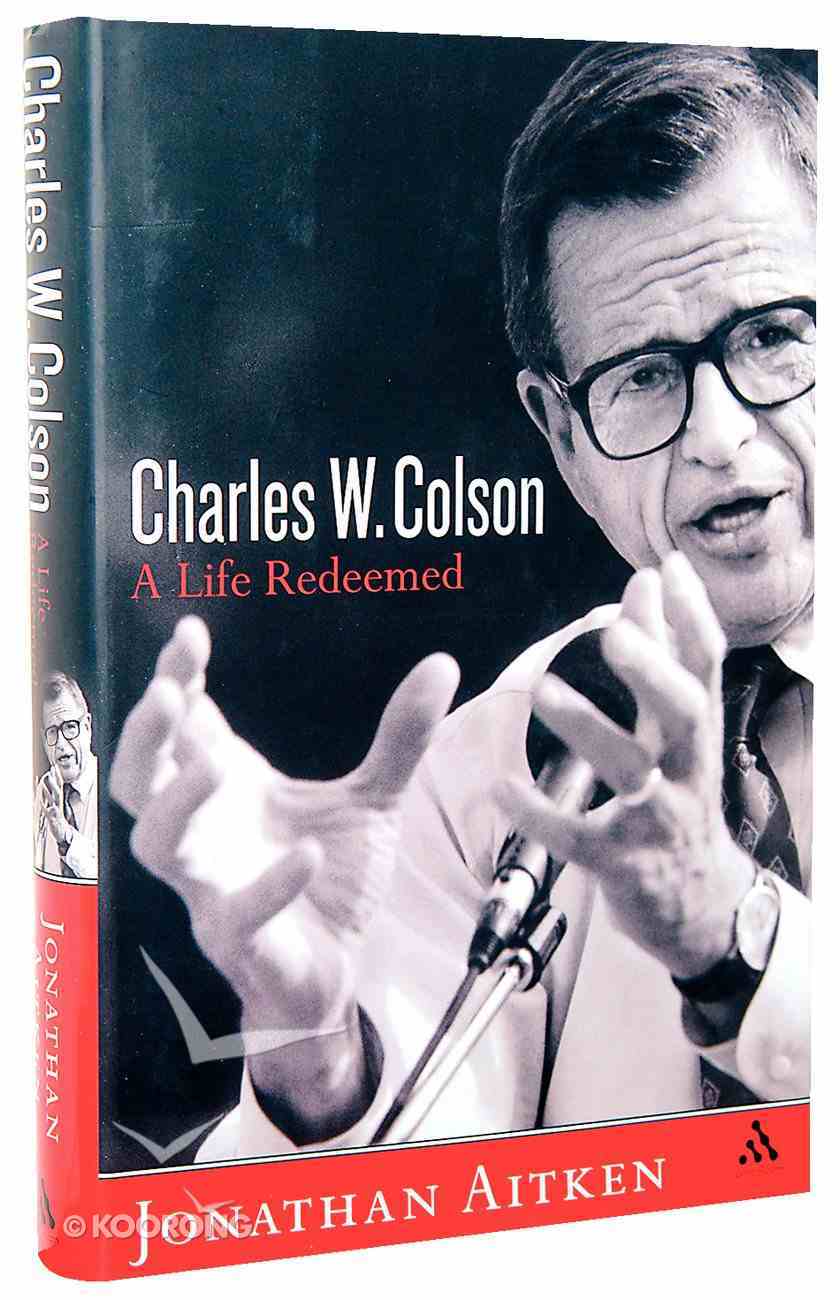 Watergate was a cataclysm - the reverberations rocked the American establishment to its core. Nixon fell from power and along with him a number of his cronies and partners in crime. Charles Colson was one of the most notorious. Condemned...

Watergate was a cataclysm - the reverberations rocked the American establishment to its core. Nixon fell from power and along with him a number of his cronies and partners in crime. Charles Colson was one of the most notorious. Condemned and sent to prison, Colson experienced a Damascus Road conversion and became a committed evangelical Christian. He wrote a book called Born Again which sold over 100,000 in the British market and topped the best-selling charts in the USA for weeks. Colson appointed Jonathan Aitken to be his official biographer. The similarities in their respective careers will be obvious to the reader and the combination of author and subject is thus exceptionally interesting. Jonathan Aitken traces the story of Colson's life and tries to understand what made Colson the power-crazed man he was - a man who, finally, could not tell the difference between right and wrong. Since his fall from power and his conversion, Colson has devoted himself energetically to charitable work, particularly to prison reform and the after care of ex-prisoners. His charity Prison Fellowship has branches in England, Scotland and Northern Ireland. What, asks Aitken, is his true motivation? How can any man or woman expiate for the sins of the past? In his researches, Aitken has interview Colson extensively but has also uncovered a lot of new material. This book will be of compelling interest to students of Watergate, US politics and anyone interested in social and political reform.

"Charles Colson is often described as a man of extremes. Once the second-most-hated man in America (after Nixon), he now plays a leading role in the religious life of our nation. Born Again, his account of his conversion, has sold millions of copies, and the ministry he founded, Prison Fellowship, is one of the most respected and productive Christian organizations in the country." "More than thirty years after his spectacular fall from grace, Colson's life has turned full circle. He is a nationally known religious leader, broadcaster, and bestselling author. Amazingly, he is once again an influential voice in presidential politics, enjoying regular access to the White House, with close ties to President George W. Bush and old friends such as Dick Cheney and Donald Rumsfeld." "Jonathan Aitken, a well-known British author, is the first biographer given complete access to Colson's private archives and personal papers. From these, and from his knowledge of Colson and his circle for some seventeen years, Aitken has crafted a revealing portrait of this complex and colorful man." "Aitken's biography sheds new light on Colson's conversion to evangelical Christianity, on his prison sentence, and on his creation in the late 1970s of a prison ministry based on his experiences as an inmate. More than a quarter of a century later, even skeptical observers are impressed with Colson's Prison Fellowship, a $50-million-a-year ministry that takes him to some of America's toughest prisons. As he explores what makes Colson tick, Aitken provides incisive answers to such questions as: Is Colson for real or is he on an ego trip in Christian camouflage? Has he gone soft politically and philosophically? Did his conversion change him from hawk to dove - or from political to religious extremist?"--BOOK JACKET. Title Summary field provided by Blackwell North America, Inc. All Rights Reserved
-Publisher

JONATHAN AITKEN, an Oxford graduate in both law and theology, is the author of the award-winning biography "Nixon: A Life," A former British M.P. and cabinet member, his political career ended in 1999 when he served a seven-month prison term for perjury in a civil case. He is now a lecturer, author, columnist, and broadcaster.