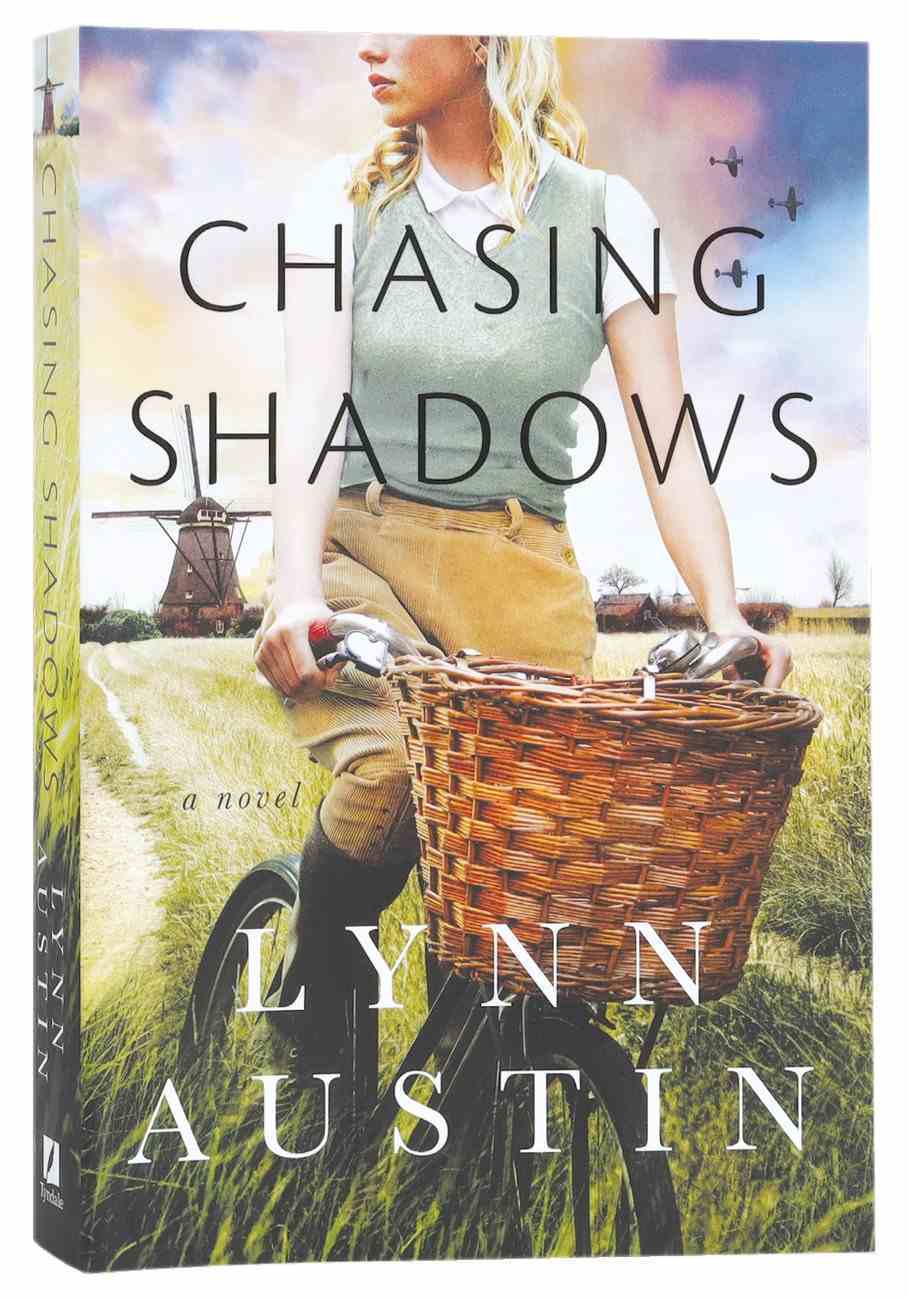 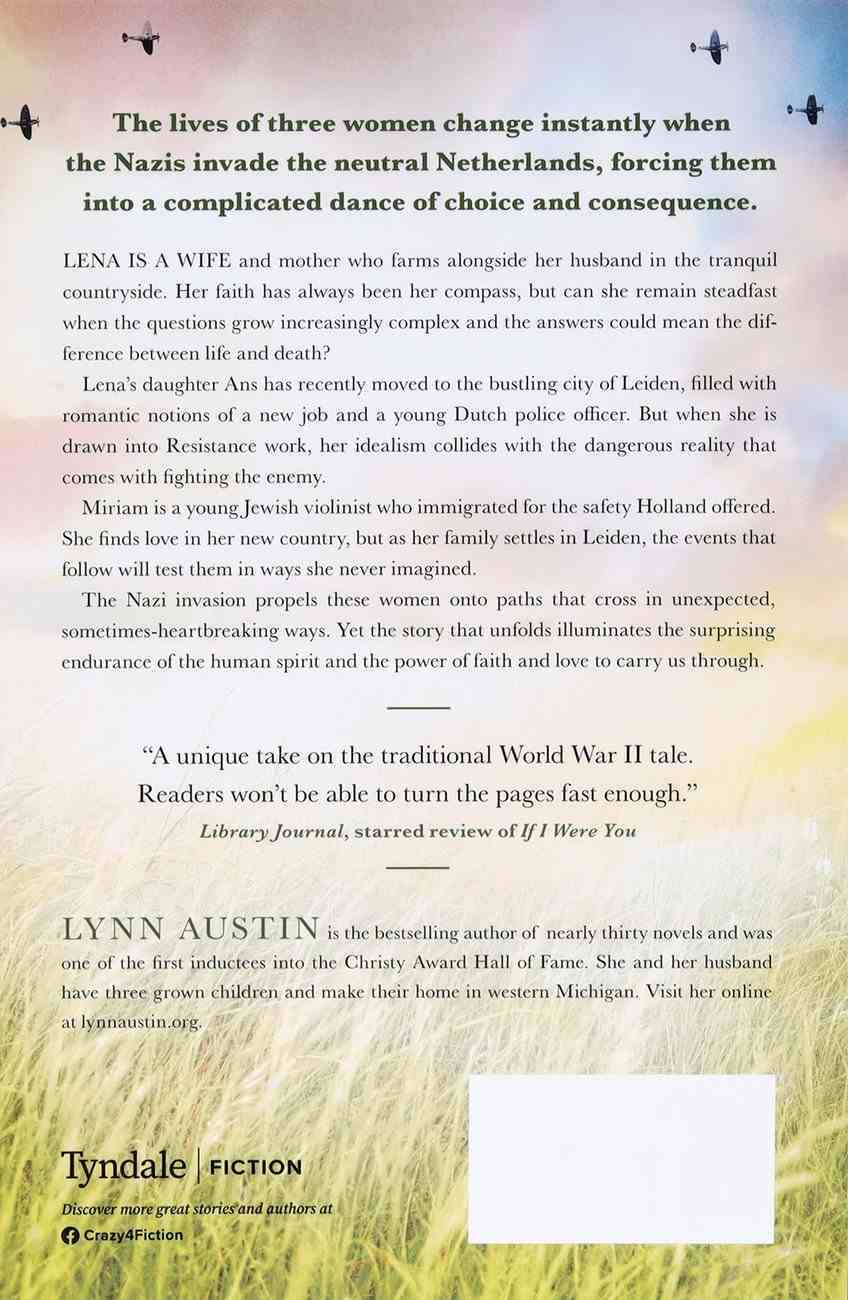 For fans of bestselling WWII fiction comes a powerful novel from Lynn Austin about three women whose lives are instantly changed when the Nazis invade the neutral Netherlands, forcing each into a complicated dance of choice and consequence. Lena is...

Box of Blessings: Promises From God For Every Man
Box

The Lady's Mine
Francine Rivers
Hardback

God Made Colours (God Made Series)
Board Book

For fans of bestselling WWII fiction comes a powerful novel from Lynn Austin about three women whose lives are instantly changed when the Nazis invade the neutral Netherlands, forcing each into a complicated dance of choice and consequence.

Lena is a wife and mother who farms alongside her husband in the tranquil countryside. Her faith has always been her compass, but can she remain steadfast when the questions grow increasingly complex and the answers could mean the difference between life and death?

Lena's daughter Ans has recently moved to the bustling city of Leiden, filled with romantic notions of a new job and a young Dutch police officer. But when she is drawn into Resistance work, her idealism collides with the dangerous reality that comes with fighting the enemy.

Miriam is a young Jewish violinist who immigrated for the safety she thought Holland would offer. She finds love in her new country, but as her family settles in Leiden, the events that follow will test them in ways she could never have imagined.

The Nazi invasion propels these women onto paths that cross in unexpected, sometimes-heartbreaking ways. Yet the story that unfolds illuminates the surprising endurance of the human spirit and the power of faith and love to carry us through.

1) Chasing shadows is set entirely in the Netherlands during the Second World War. What motivated you to make that choice?

My inspiration for the story was the book The Hiding Place by Corrie ten Boom. I read this book years ago and it had a profound effect on my Christian walk. Corrie's family had a deep faith and love for Christ, which led them to hide Jews in their home, at great personal risk, after the Nazis invaded their country. Corrie's testimony of faith and of God's faithfulness in spite of all that she endured in a concentration camp made me long for a relationship with God like hers. Christians in the Netherlands suffered a great deal during WWII, yet accomplished brave, heroic deeds in Christ's name. I wanted to honor them by telling their story. As far as the setting, Chasing Shadows takes place in the Netherlands during World War II, primarily in and around the city of Leiden. All of my books have been translated and published in Dutch, and my publisher has kindly invited me on book tours in the past to meet my readers in the Netherlands. I fell in love with the country and wanted to write about it.

2) You have described the Dutch atmosphere, the places, the people, the history in great detail, which is very special. How did you proceed?

I was able to find timelines and history books that detailed the history of this era online and in the library. And I traveled to the Netherlands to do research on-site and in museums, taking lots of photographs and notes. Visiting the Westerbork concentration camp was an especially moving experience. But my favorite resources were the true stories of men and women who lived through this time period. Because I live in a community with a large Dutch immigrant population, I was able to interview people and read their memoirs and combine many of their firsthand stories into this novel.

3) Which specific message or encouragement do you hope to pass on to your readers?

It's my hope that Chasing Shadows will lead readers to take a closer look at their own faith, just as I did after first reading The Hiding Place years ago. I remember wanting a faith like Corrie ten Boom and her family had, one that would sustain me through unforeseen trials and hardships. I pray that this novel will inspire readers to pursue a closer walk with God and a commitment to serve in His Kingdom with whatever gifts He has given them.

The Chosen: Come and See (Book Two) (#02 in The Chosen Series)
Jerry B Jenkins
Paperback

The Chosen: I Have Called You By Name (Book One) (#01 in The Chosen Series)
Jerry B Jenkins
Paperback