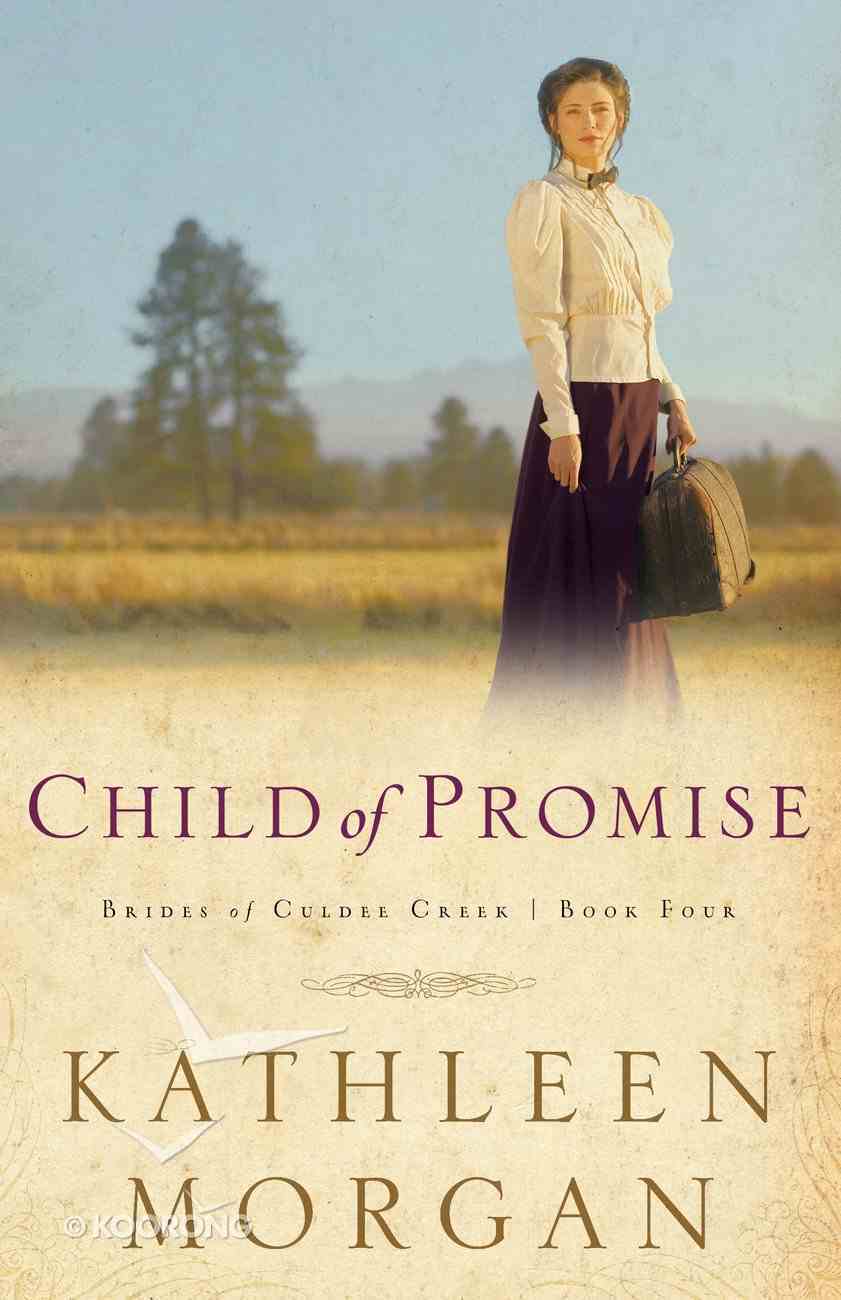 Child of Promise (#04 in Brides Of Culdee Creek Series)

New doctor Beth McKay finds her life and heart entwined with a recently widowed minister. Book 4 in the Brides of Culdee Creek series set in late 19th-century Colorado. Leaving him ripped her heart asunder. Coming back tore it open...

Expected to ship within 14 hours from Australia.
Learn More
Read using our free app on your tablet or mobile!
Learn More
Free Shipping
for orders over $99.

New doctor Beth McKay finds her life and heart entwined with a recently widowed minister. Book 4 in the Brides of Culdee Creek series set in late 19th-century Colorado.Leaving him ripped her heart asunder. Coming back tore it open again.

Beth MacKay is finally back home at Culdee Creek after five years at medical school. Her old crush, Noah Starr, had left her utterly heartbroken when he married someone else.

Now Noah is widowed, a single father torn by grief and is struggling with his faith and calling. Their lives soon become intertwined as they both serve the people of Grand View. But can they use their gifts to heal one another as well?As one chapter of life ends, another begins.

Beth MacKay is finally back home at Culdee Creek after five years as a medical student. When she left to pursue her dream of becoming a doctor, she was hopelessly devoted to Noah Starr, the minister of Grand View's parish, and utterly heartbroken at his marriage to someone else. Beth is all grown up now, over her childish crush, and brandishing a fierce determination. But wounds from her childhood have compounded with a fresh hurt that festers deep inside.

Noah is widowed now, a single father torn by grief and a growing sense of disillusionment with the pastorate. Noah's and Beth's lives soon become intertwined as they both serve the people of Grand View. But can they use their gifts to heal one another as well?

What people are saying about author Kathleen Morgan:

"Kathleen Morgan puts a new spin on romance! Her characters are passionate and memorable!"--The Literary TimesKathleen Morgan has written more than fifteen novels for the general trade market. She now focuses her talents on inspirational fiction, creating characters who struggle to redefine their growing faith in everyday life.

Kathleen Morgan's books for the general market have earned rave reviews and hooked thousands of romance fans. Her first inspirational series, Brides of Culdee Creek, has proven successful as well. Woman of Grace and Lady of Light each climbed the CBA Marketplace best-selling fiction list. This new release, Child of Promise, is the final book in the series.
Beth MacKay, the daughter of Culdee Creek's owner, returns home after completing medical school to take over the aging Doc Childress's practice. Reluctantly, her life and heart become entwined with that of Grand View's Episcopalian priest, Noah Starr. But Noah struggles with his faith and calling since his wife died and his daughter, Emily, was disabled with cerebral palsy due to the difficult birth.
When Beth becomes embroiled in a spousal abuse case between two of Noah's parishioners, she encourages the battered woman to leave her husband for her own safety. Noah cautions the woman to try to work things out, and when the abuse ends in tragedy, it's the last straw for the already-doubtful priest. Despondent and shaken, he announces his resignation to the church. Only with Beth's faith and love, and a little help from the community, can Noah find his way back to the life and calling God has always intended for him.
-Publisher

Kathleen Morgan is the author of the bestselling Brides of Culdee Creek series and As High as the Heavens, as well the These Highland Hills series. She lives in Colorado Springs, Colorado.