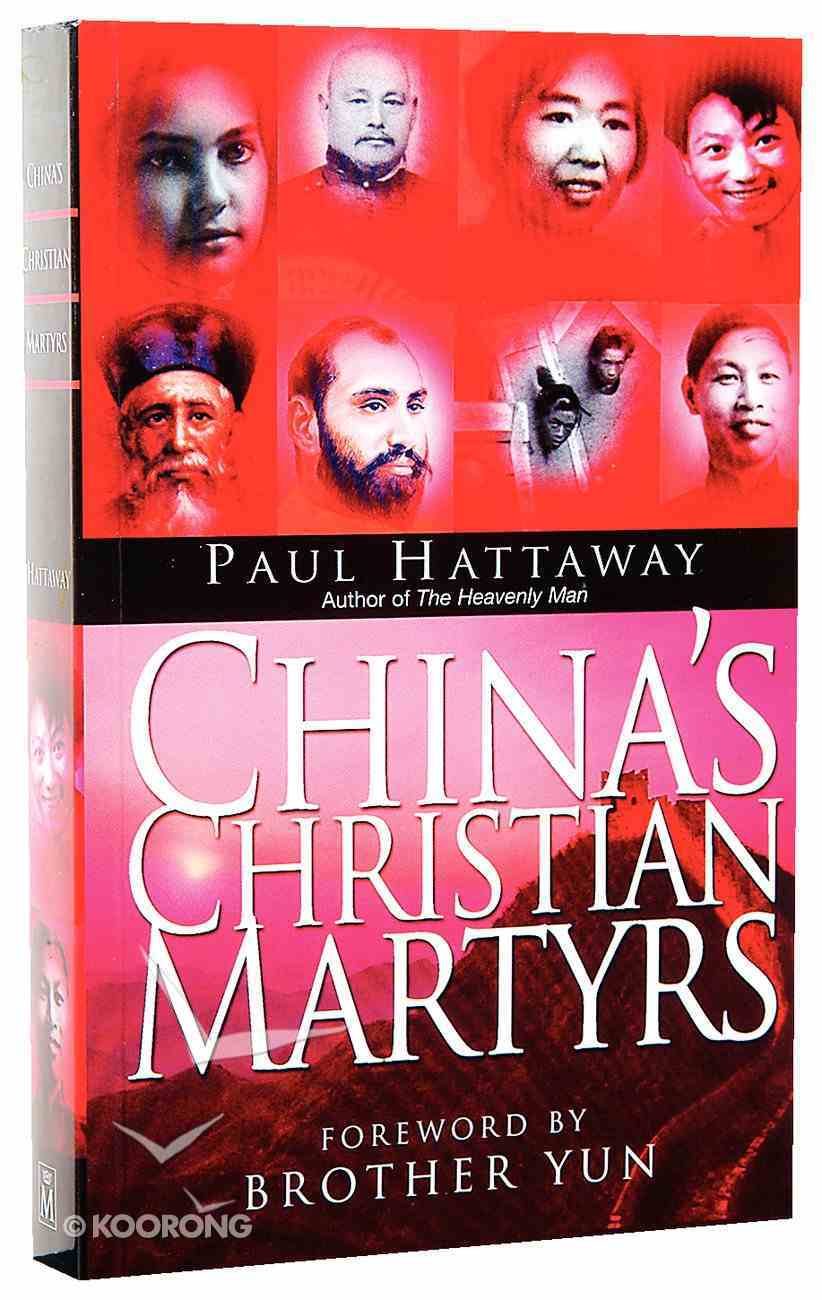 Last year we announced the release of a new book, China's Book of Martyrs, which was the first volume of the Fire and Blood series of books on the Church in China. Now we would like to announce a follow...

On This Day in Christian History
Robert J Morgan
Paperback

Last year we announced the release of a new book, China's Book of Martyrs, which was the first volume of the Fire and Blood series of books on the Church in China. Now we would like to announce a follow up book, China's Christian Martyrs. Here are the differences between the two: The first book, which has a white cover and was published by Piquant, is large and exhaustive. It profiles more than 1,000 martyrs and has 540 pictures, more than 2,000 notes and sources, and extensive bibliographies and indexes.
This book, China's Christian Martyrs, is smaller in size and is published by Monarch. It is the "popular" version of the larger book. That means it was written in a less formal style, all notes and end-matters have been removed, and it contains about 500 profiles and 195 pictures. You could say that while the first larger book was more for fanatics of the Chinese Church, this one is for those who enjoy a more casual read.


An estimated 250,000 Christians have died in China for their faith since the Gospel was first introduced in the seventh century. Since 1900, more Christians have been killed in China than in all other countries of the world combined. They include some well-known names, such as John & Betty Stam, Eric Liddell (whose life was celebrated in the film Chariots of Fire), and Watchman Nee. But the great majority of China's martyrs have been unsung heroes of the faith: simple men and women, boys and girls who when tested "did not love their lives so much as to shrink from death." (Revelation 12:10-11).
-Publisher.


Who would have believed that the Chinese Church is shortly destined to becomehe largest evangelical community in the world? This book is an amazingye-opener. There is no better introduction to the extraordinary vitality andynamic growth of the Church in China." - Jonathan Lamb, Chairman, Keswickonvention. Under Mao, Christianity in China virtually disappeared. Now, were seeing what is probably the biggest revival in world history. Statisticsrom the Communist Party itself show exponential church growth. The authoruggests reasons, and outlines sobering truths that Western Christians needo hear. This new edition brings the story up to date.
-Publisher

A vivid inspirational reference volume describing how these martyrs lived and why and how they died. The underlying purpose is to motivate readers to a deeper commitment to Christ. Most of the information about recent martyrs has come from personal interviews with eyewitnesses. Other sources include books, magazines, correspondence. The historical context and incidents leading to these martyrdoms is important, and the book is laid out in chronological order. It is the fruit of many years' research. The book makes remarkably inspirational reading.
-Publisher

Paul Hattaway is the international director of Asia Harvest, an organization committed to serving the church throughout Asia. He is an expert on the Chinese church and author of the bestselling titles The Heavenly Man, which has sold more than 500,000 in English alone, Back to Jerusalem, Peoples of the Buddhist World: A Christian Prayer Guide, China's Book of Martyrs: The 'Fire and Blood' Series (F and B1)China's Christian Martyrs and From Headhunters To Churchplanters .-Editorial Review.

Bullies and Saints: An Honest Look At the Good and Evil of Christian History
John Dickson
Hardback