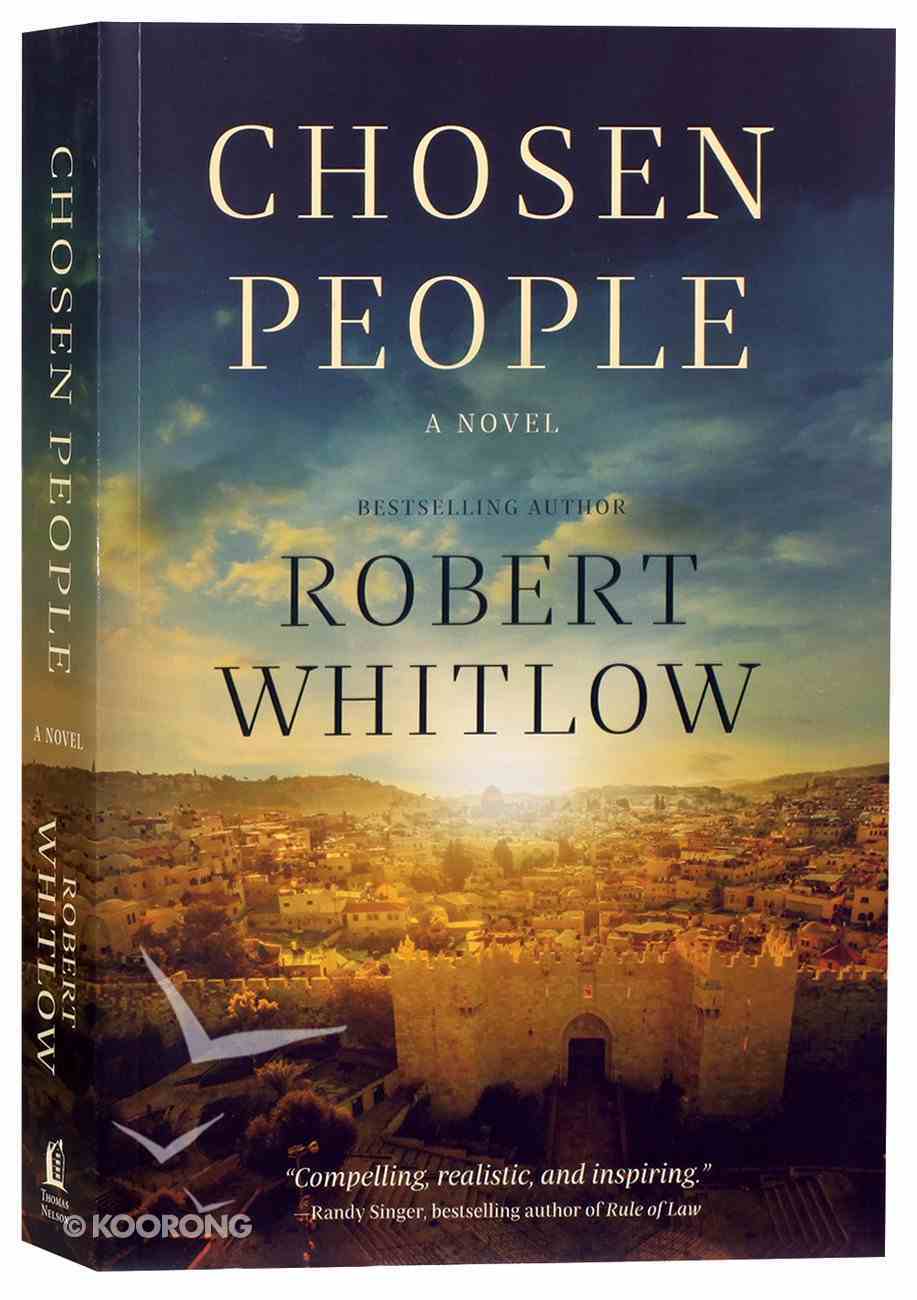 Bestselling author Robert Whitlow returns with an international legal drama that speaks to critical issues of our day. "Compelling, realistic, and inspiring." -Randy Singer, bestselling author of Rule of Law "You are a chosen people, a royal priesthood,...

9 available
Expected to ship within 10 hours from Australia.
Learn More
Free Shipping
for orders over $99.

Bestselling author Robert Whitlow returns with an international legal drama that speaks to critical issues of our day.

During a terrorist attack near the Western Wall in Jerusalem, a courageous mother sacrifices her life to save her four-year-old daughter, leaving behind a grieving husband and a motherless child.

Hana Abboud, a Christian Arab Israeli lawyer trained at Hebrew University, typically uses her language skills to represent international clients for an Atlanta law firm. When her boss is contacted by Jakob Brodsky, a young Jewish lawyer pursuing a lawsuit on behalf of the woman's family under the US Anti-Terrorism laws, he calls on Hana's expertise to take point on the case. After careful prayer, she joins forces with Jakob, and they quickly realize the need to bring in a third member for their team, an Arab investigator named Daud Hasan, based in Israel.

To unravel the case, this team of investigators travels from the streets of Atlanta to the alleys of Jerusalem, a world where hidden motives thrive, the risk of death is real, and the search for truth has many faces. What they uncover will forever change their understanding of justice, heritage, and what it means to be chosen for a greater purpose.

:
Bestselling author Robert Whitlow dives deep into the legal ramifications of a tragic event half a world away and how it affects two lawyers in Atlanta from vastly different backgrounds.


When Hana Abboud walked into the conference room, she was unprepared for the images of a horrific terrorist attack near the Western Wall in Jerusalem. But after watching a courageous mother sacrifice her life to save her four-year-old daughter, Hana knew she needed to help attorney Jakob Brodsky represent the family's pursuit of justice against those who perpetrate acts of violent jihad. As an Arab Israeli lawyer trained at Hebrew University, Hana is uniquely qualified to step into the gap.


But they need a third partner, an investigator on the ground to help them unravel the snake pit of connections between the terrorists and an organization or company that can be sued in the American courts. Hana returns home to Israel and meets with investigator Hamid Hasan who quickly becomes more than a crucial part of the litigation team.


As Jakob and Hana investigate the case in the US, he is stalked on the streets of Atlanta by affiliates of a terrorist organization. Their pursuit of truth can only be resolved where it began: the streets of Jerusalem. But who can they trust? How deep does deceit go? Can two lawyers and a shadowy investigator impact the kind of violence and terror that has become common in our broken world?