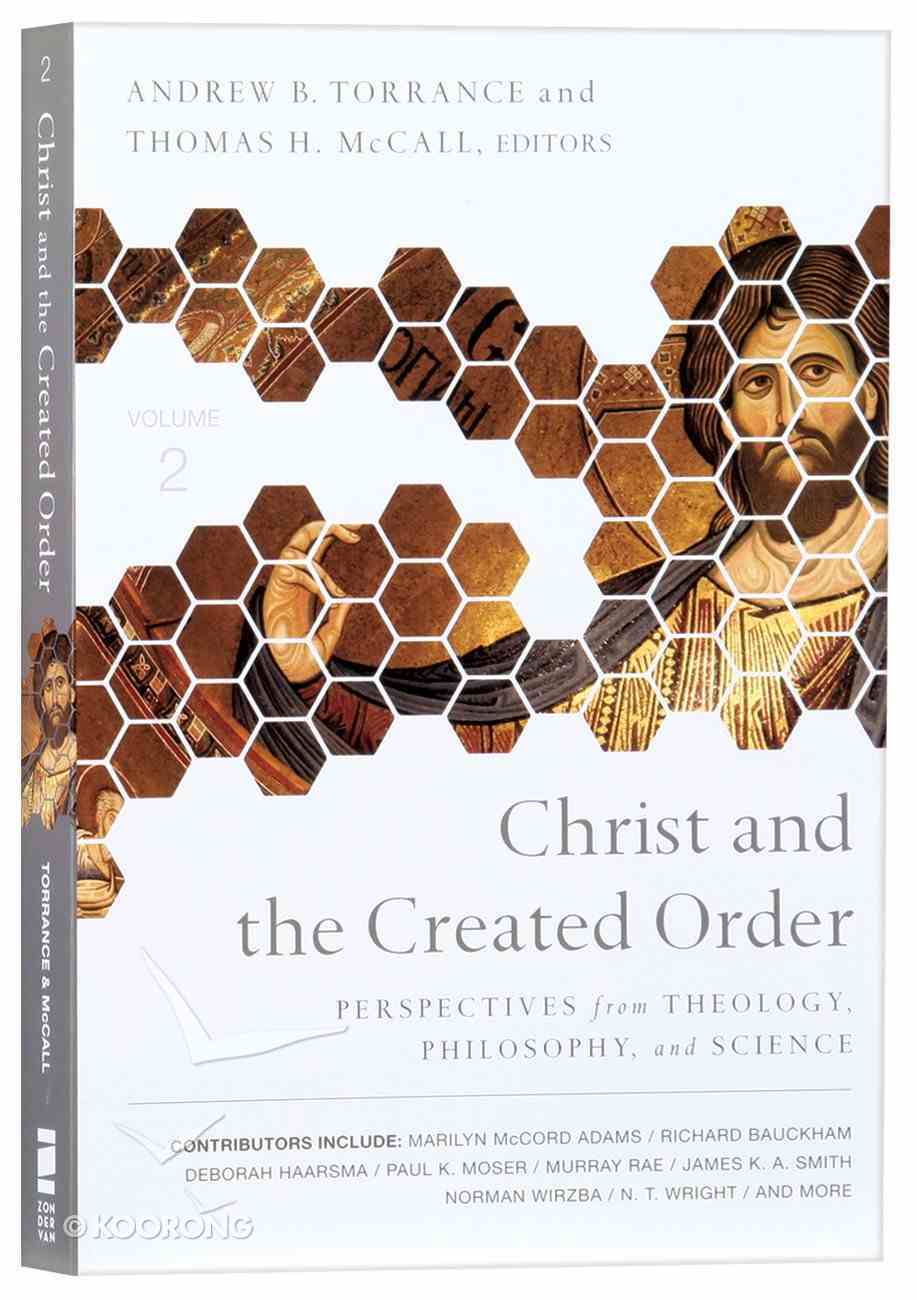 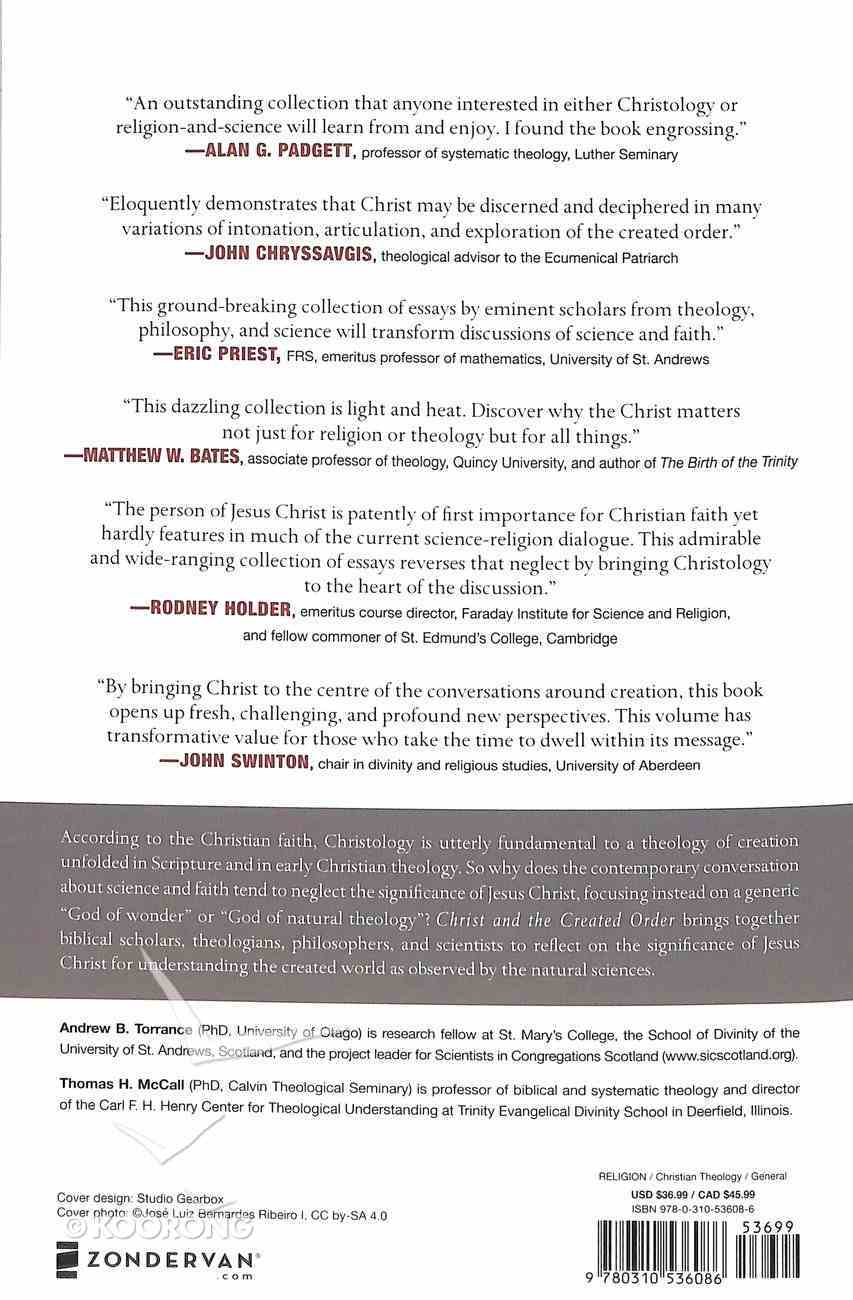 Christ and the Created Order: Perspectives From Theology, Philosophy, and Science

Departing from the general theistic accounts of creation typical of the science-and-faith dialogue, the interdisciplinary essays in this book put Christology back at the centre of creation - the incarnate Word of God as agent, means and telos. Contributors include...

8 Available
Expected to ship on Monday from Australia.
Learn More
Free Shipping
for orders over $99.

Letters to a Young Calvinist
James K A Smith
Paperback

All Things Hold Together in Christ: A Conversation on Faith, Science, and Virtue
James K A Smith, Michael L Gulker
Paperback

Departing from the general theistic accounts of creation typical of the science-and-faith dialogue, the interdisciplinary essays in this book put Christology back at the centre of creation - the incarnate Word of God as agent, means and telos. Contributors include N T Wright, James K A Smith, and Richard Bauckham.

:
According to the Christian faith, Jesus Christ is the ultimate revelation not only of the nature of God the Creator but also of how God the Creator relates to the created order. The New Testament explicitly relates the act of creation to the person of Jesus Christ - who is also a participant within creation, and who is said, by his acts of participation, to have secured creation's ultimate redemption from the problems which presently afflict it. Christian theology proposes that Jesus Christ, the incarnate Word and Wisdom of God, the agent in whom the Spirit of God is supremely present among us, is the rationale and the telos of all things - time-space as we experience and explore it; nature and all its enigmas; matter itself. Christology is thus utterly fundamental to a theology of creation, as this is unfolded both in Scripture and in early Christian theology.


For all this, the contemporary conversation about science and faith tends, to a remarkable degree, to neglect the significance of Jesus Christ, focusing instead on a generic "God of wonder" or "God of natural theology." Such general theism is problematic from the perspective of Christian theology on many levels and has at times led to a more or less deistic theology: the impression that God has created the world, then largely left it to itself. Such a theology is far removed from classical Christian renderings of creation, providence, redemption, and eschatology. According to these, the theology of creation is not just about remote "beginnings," or the distant acts of a divine originator. Rather, the incarnate Jesus Christ is himself - remarkably - the means and the end for which creation itself exists. If we would think aright about our world, study it and live within it wisely, we must reckon centrally with his significance.


What might such a bold claim possibly mean, and why is Jesus Christ said by Christian theology to be so important for understanding God's overall relationship to the created order? What does this importance mean for science?


Christ and the Created Order addresses these questions by gathering insights from biblical scholars, theologians, historians, philosophers, and scientists. This interdisciplinary collection of essays reflects on the significance of Jesus Christ for understanding the created world, particularly as that world is observed by the natural sciences.

Thomas H. McCall (Ph.D., Calvin Theological Seminary) is associate professor of biblical and systematic theology at Trinity Evangelical Divinity School, Deerfield, Illinois, and coeditor of Philosophical and Theological Essays on the Trinity and author of Which Trinity? Whose Monotheism? Philosophical and Systematic Theologians on the Metaphysics of Trinitarian Theology
Koorong -Editorial Review.

Angels Among Us: What the Bible Reveals About Angelic Encounters
Perry Stone
Hardback

Theology That Makes a Difference (Theology For The Life Of The Word Series)
Miroslav Volf, Matthew Croasmun
Hardback