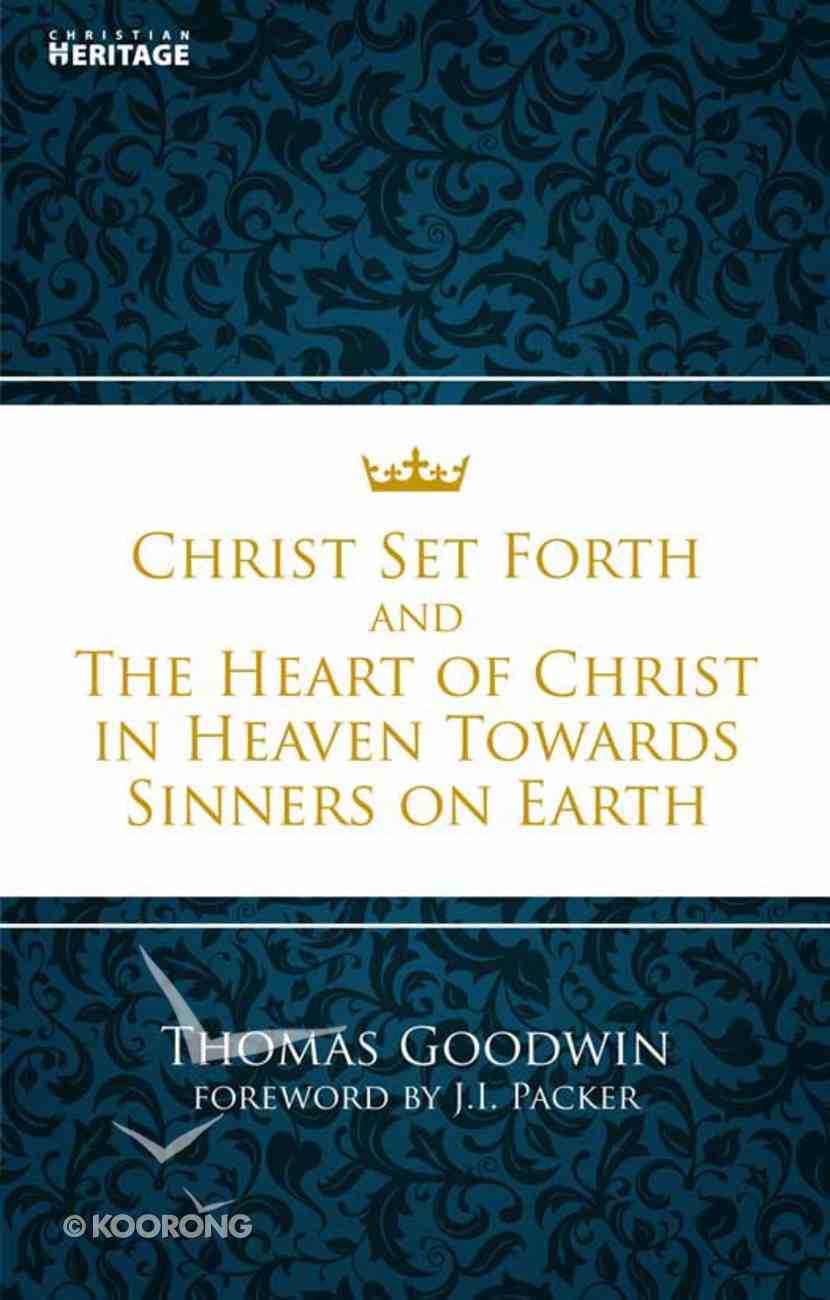 This classic book gives us an opportunity to learn about Christ, his work and his death. Based upon Romans 8:34, Goodwin presents to us the Lord Jesus Christ, the example and the object of justifying faith. If the term Christology...

Christ in All the Scriptures
A M Hodgkin
Paperback

His Blood Works: The Meaning of the Word "Blood" in Scripture
Alan M Stibbs
eBook

His Blood Works: The Meaning of the Word "Blood" in Scripture
Alan M Stibbs
Mass Market

His Blood Works: The Meaning of the Word "Blood" in Scripture
Alan M Stibbs
eBook

You Are the Christ
David Whitcomb
eBook

This classic book gives us an opportunity to learn about Christ, his work and his death. Based upon Romans 8:34, Goodwin presents to us the Lord Jesus Christ, the example and the object of justifying faith. If the term Christology is a new one to you, then this book will help understand what it means. In true Christian Heritage style, it is attractively laid out with headings and sub dividers to assist reading. The foreword is provided by J. I. Packer and a helpful introduction provided by Mark Jones.
-Publisher

Goodwin was indluential in so many ways, a member of the Westminster Assibly, President of Magdalene College, drafter of the Savoy Confession of Faith, and pastor at the most influential Independent church in London.

Hidden Christmas: The Surprising Truth Behind the Birth of Christ
Timothy Keller
eBook

Simply Good News: Why the Gospel is News and What Makes It Good
N T Wright
Hardback