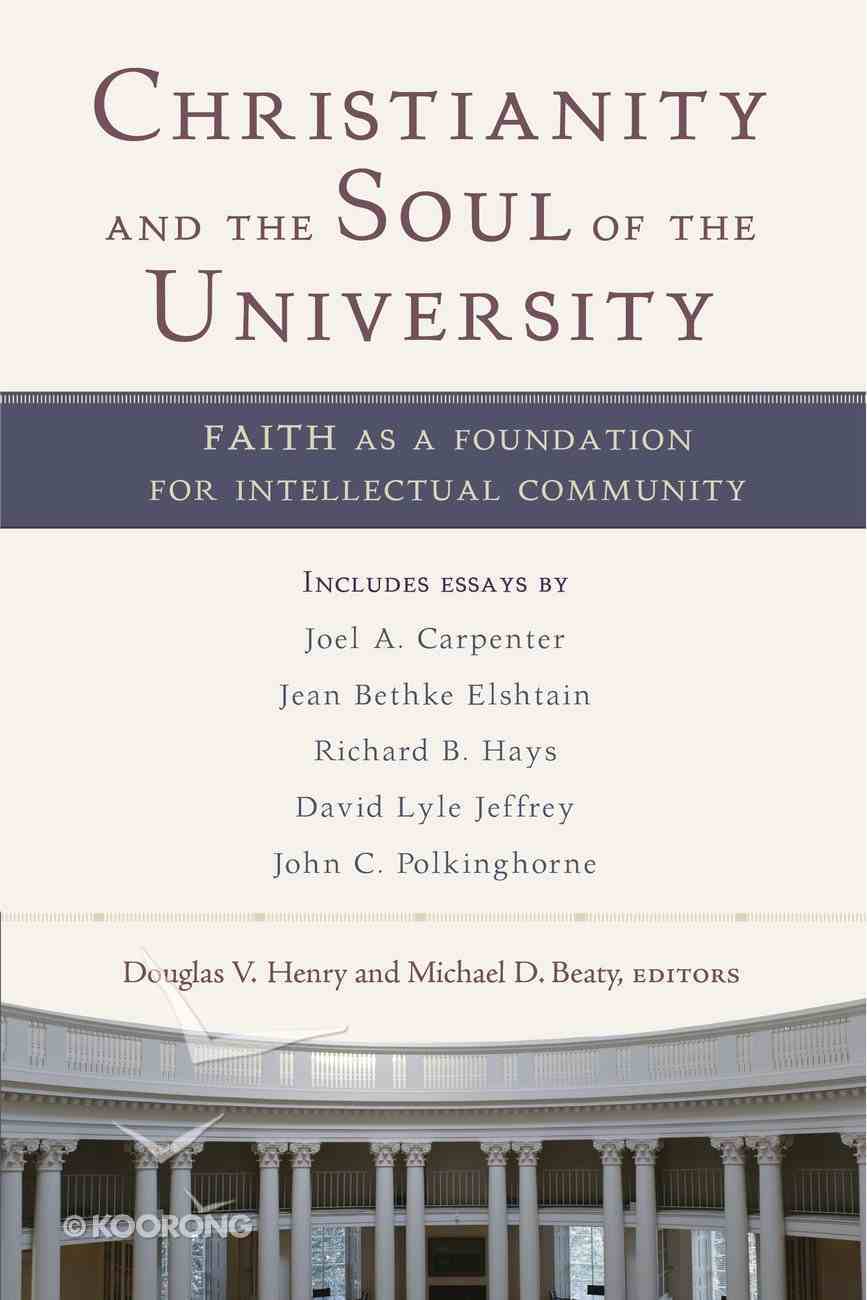 Christianity and the Soul of the University

Many universities, founded on the principles of vigorous scholarship and steadfast Christian faith, have abandoned those roots, resulting in confusion, fragmentation, and ideological strife. This book explores the role reflective Christian faith can play in unifying the intellectual life...

The Logic of the Heart
James R Peters
eBook

Many universities, founded on the principles of vigorous scholarship and steadfast Christian faith, have abandoned those roots, resulting in confusion, fragmentation, and ideological strife.

Susan M. Felch is Professor of English at Calvin College. Her books include The Collected Works of Anne Vaughan Lock, Bakhtin and Religion: A Feeling for Faith, Christian Scholarship For What?, and Elizabeth Tyrwhit's Morning and Evening Prayers.

Williams is assistant professor of patristics and historical theology, Loyola University of Chicago.

Douglas V. Henry (Ph.D., Vanderbilt University) is assistant professor of philosophy and director of the Institute for Faith and Learning at Baylor University. He is the coeditor of Faithful Learning and the Christian Scholarly Vocation. Michael D. Beaty (Ph.D., University of Notre Dame) is professor of philosophy and vice provost for faculty development at Baylor University. He previously served as the director of Baylor's Institute for Faith and Learning.

Dan Russ (PhD, University of Dallas) is the director of the Center for Christian Studies at Gordon College. He has been a Young Life leader and a high school teacher, and he has taught business professionals, city planners, and attorneys in seminars on moral values and vision. Russ lives in Danvers, Massachusetts. He has authored Flesh-and-Blood Jesus: Learning to Be Fully Human from the Son of Man and contributed to Christianity and the Soul of the University.

Jean Bethke Elshtain is the Laura Spelman Rockefeller Professor of Social and Political Ethics at the University of Chicago. Among her many books are "Just War against Terror" and "Women and War".