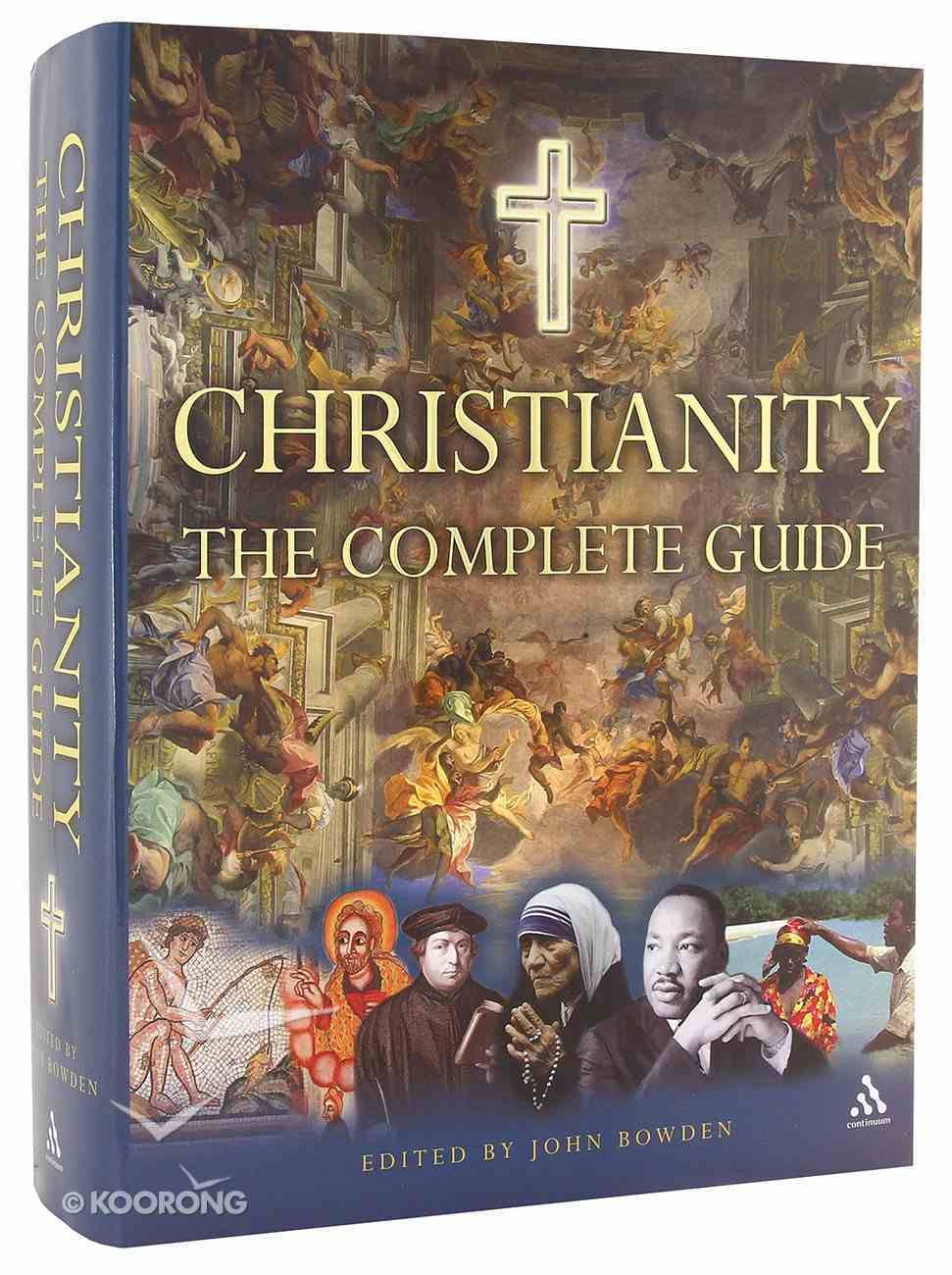 If you know absolutely nothing about Christianity, let John Bowden and his team of international scholars be your guide. If you know a great deal but need an authoritative reference book, CHRISTIANITY: THE GUIDE is your ideal source. THE...

If you know absolutely nothing about Christianity, let John Bowden and his team of international scholars be your guide. If you know a great deal but need an authoritative reference book, CHRISTIANITY: THE GUIDE is your ideal source.

THE COMPLETE GUIDE is quite unlike any other book about Christianity. Rather like a travel guide, it approaches Christianity as a foreign land, which it remains for many people. Written at the level of a serious daily newspaper, this reference work introduces the very different forms of Christianity as they are to be found on all continents. It sets out the geographical spread, history, great works of art, values, and contrasting forms of worship of Christianity and its denominations.

A team of 175 expert contributors from the United States, the British Commonwealth, and Continental Europe, have written 300 major articles. In addition, some "150 boxes" provide succinct summaries of information on a variety of issues, supplemented by a "'Who's Who", along with illustrations, diagrams and time charts, and a comprehensive index.

THE COMPLETE GUIDE assumes Christianity as terra incognita to its readers: not a single word or idea goes unexplored or unexplained. At the same time it is grounded in the most up-to-date scholarship, so it is an authoritative reference work. And for those who want not so much information as an answer to the fundamental questions of evil, suffering, death and the meaning of life, it offers possible answers based on the resources of the Christian tradition. 140 pages, from Continuum.

One way of looking at Christianity is to see it as a landscape, indeed as a land - for many people today it is in fact a foreign land. Some of the features of the land are indicated in the introduction to the guide, which is an invitation to explore them in some depth. The Guide will make it possible to understand better who Christians are, why they exist in so many kinds, and what role they play in today's societies. It provides a firm idea of the nature of Christian spirituality, prayer and worship; of Christian beliefs; of Christian thinking on moral issues; the bewildering developments brought on by science, technology and modern economic forces. It explores the contribution Christianity has made to the shaping of culture; it sees church buildings, paintings and sculpture with new eyes; recognises the motive force which Christianity has provided for music poetry and literature. The book is fully cross referenced and indexed and also includes a guide to further reading and international websites.
-Publisher

The Revd Dr. John Bowden, is the former Editor and Managing Director of SCM Press. He is the author of several books and articles, and has translated numerous religious books from German, French, and Dutch. .