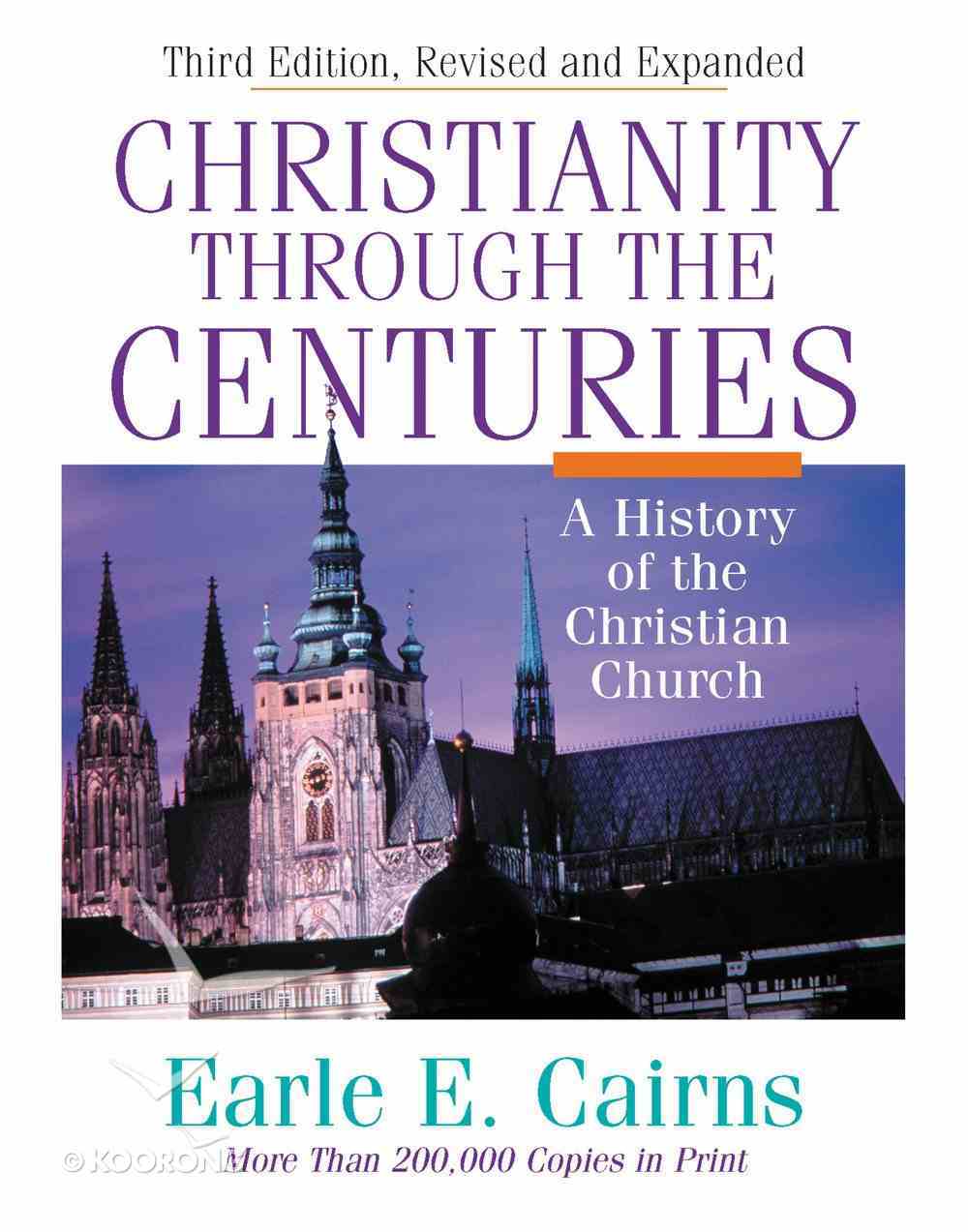 Christianity Through the Centuries (3rd Edition)

The third edition of Christianity Through the Centuries brings the reader up-to-date by discussing events and developments in the church into the 1990s. This edition has been redesigned with new typography and greatly improved graphics to increase clarity, accessibility, and...

The Breeze of the Centuries
Michael Reeves
eBook

The third edition of Christianity Through the Centuries brings the reader up-to-date by discussing events and developments in the church into the 1990s. This edition has been redesigned with new typography and greatly improved graphics to increase clarity, accessibility, and usefulness.

- New chapters examine recent trends and developments (expanding the last section from 2 chapters to 5)
- New photos. Over 100 photos in all - more than twice the number in the previous edition
- Single-column format for greater readability and a contemporary look
- Improved maps (21) and charts (39)

Building on the features that have made Christianity Through the Centuries an indispensable text, the author not only explains the development of doctrines, movements, and institutions, but also gives attention to "the impact of Christianity on its times and to the mark of the times on Christianity." From Zondervan.

Earle E. Cairns (PhD, University of Nebraska) was professor emeritus at Wheaton College in Wheaton, Illinois. He was a member of the American Society of Church History, the American Historical Association, and the Conference on Faith and History.

1 The Fullness of the Time In Galatians 4:4 Paul called attention to the historical era of providential preparation that preceded the coming of Christ to earth in human form: 'When the fulness of the time was come, God sent forth his Son.' Mark also emphasized the coming of Christ when all was made ready on earth (Mark 1:15).1 Consideration of the events that preceded the appearance of Christ on earth leads the sober student of history to acknowledge the truth of the statements of Paul and Mark. In most discussions of this subject it has been forgotten that not only the Jew but also the Greek and the Roman contributed to the religious preparation for the appearance of Christ. Greek and Roman contributions aided in bringing historical development to the point where Christ could make the maximum impact on history in a way not possible before or since the time of His birth. The political contribution to history preceding the coming of Christ was primarily the work of the Romans. This people who followed the way of idolatry, mystery religions, and emperor worship were used by God, of whom they were ignorant, to bring about the fulfillment of his will. 1.The Romans, as no other people up to their time, developed a sense of the unity of mankind under a universal law. This sense of the solidarity of man within the empire created an environment favorable to the reception of a gospel that proclaimed the unity of the human race in the fact that all men are under the penalty of sin and in the fact that all are offered a salvation that makes them a part of a universal organism, the Christian church, Christ's body. No empire of the ancient Near East, not even that of Alexander, had succeeded in bringing to men a sense of their unity in a political organization. Political unity was to be the peculiar task of Rome. The application of the Roman law to citizens in all parts of the empire was daily pressed upon the Romans and the subjects of the empire by the impartial justice of Roman courts. This Roman law grew out of the customary law of the early monarchy. During the early republic, in the fifth century before Christ, this law was codified in the Twelve Tables, which became an essential part of the education of every Roman boy. The realization that great principles of Roman law were also a part of the laws of all the nations of men grew upon the Romans as the praetor peregrinus, who was charged with the task of dealing with court cases in which foreigners were involved, became acquainted with the national legal systems of these foreigners. Thus the code of the Twelve Tables, based on Roman custom, was enriched by the laws of other nations. Philosophically inclined Romans explained these similarities by borrowing the Greek concept of a universal law whose principles were written into man's nature and could be discovered by rational processes. A further step in the fostering of the idea of unity was the granting of Roman citizenship to non-Romans. This process was started in the period preceding the birth of Christ and was completed when Caracalla in 212 admitted all freemen in the Roman Empire to Roman citizenship. Because the Roman Empire included all the Mediterranean world that counted in the history of that day, for all practical purposes, all men were under one system of law and citizens of one kingdom. Roman law, with its emphasis on the dignity of the individual and his right to justice and Roman citizenship, and with its tendency to fuse men of different races into one political organization, anticipated a gospel that proclaimed the unity of the race both in setting forth the penalty for sin and the Savior from sin. Paul reminded the people of the Philippian church that they were members of a heavenly commonwealth (Phil. 3:20). 2.Free movement about the Mediterranean world would have been most difficult for the messengers of the gospel before the reign of Caesar Augustus (27 B.C.,A.D. 14). The division of the ancient world into small jealous units, city states or tribes, hindered travel and the spread of ideas. With the extension of Roman imperial power during the period of empire building, a period of peaceful development occurred in the countries surrounding the Mediterranean. Pompey had swept the pirates from the Mediterranean, and Roman soldiers kept the peace on the roads of Asia, Africa, and Europe. This relatively peaceful world made it easy for the early Christians to move from place to place so that they could preach the gospel to all men everywhere. 3.The Romans developed an excellent system of roads radiating out from the golden milestone in the Roman forum to all parts of the empire. The main roads were built to serve for ages. They went straight over hill and dale to the farthest point of the empire. A study of the journeys of Paul indicates that he made great use of the excellent road system to get from strategic center to strategic center of the Roman Empire. Roman roads and strategic cities located on these roads were an indispensable aid in the realization of Paul's mission. 4.The role of the Roman army in the development of the ideal of a universal organization and in the spread of the gospel should not be ignored. The Romans adopted the custom of using provincials in the army as the supply of Roman citizens declined because of war and easy living. These provincials were brought into contact with Roman culture and helped to spread its ideas throughout the ancient world. Moreover, some of these men became converts to Christianity and spread the gospel to areas where they were assigned for military duty. It is probable that the earliest introduction of Christianity to Britain was a result of the efforts of Christian soldiers or merchants.