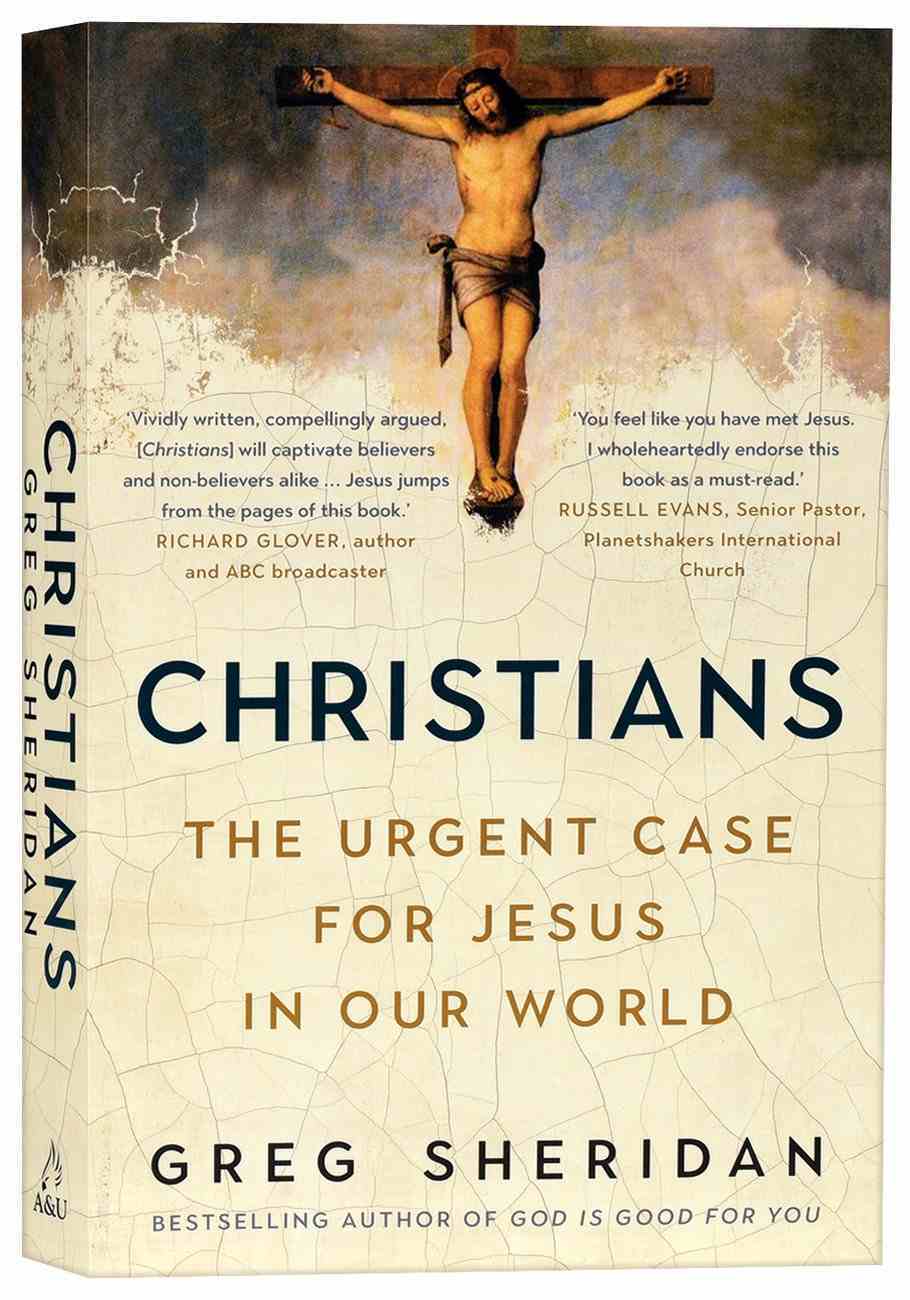 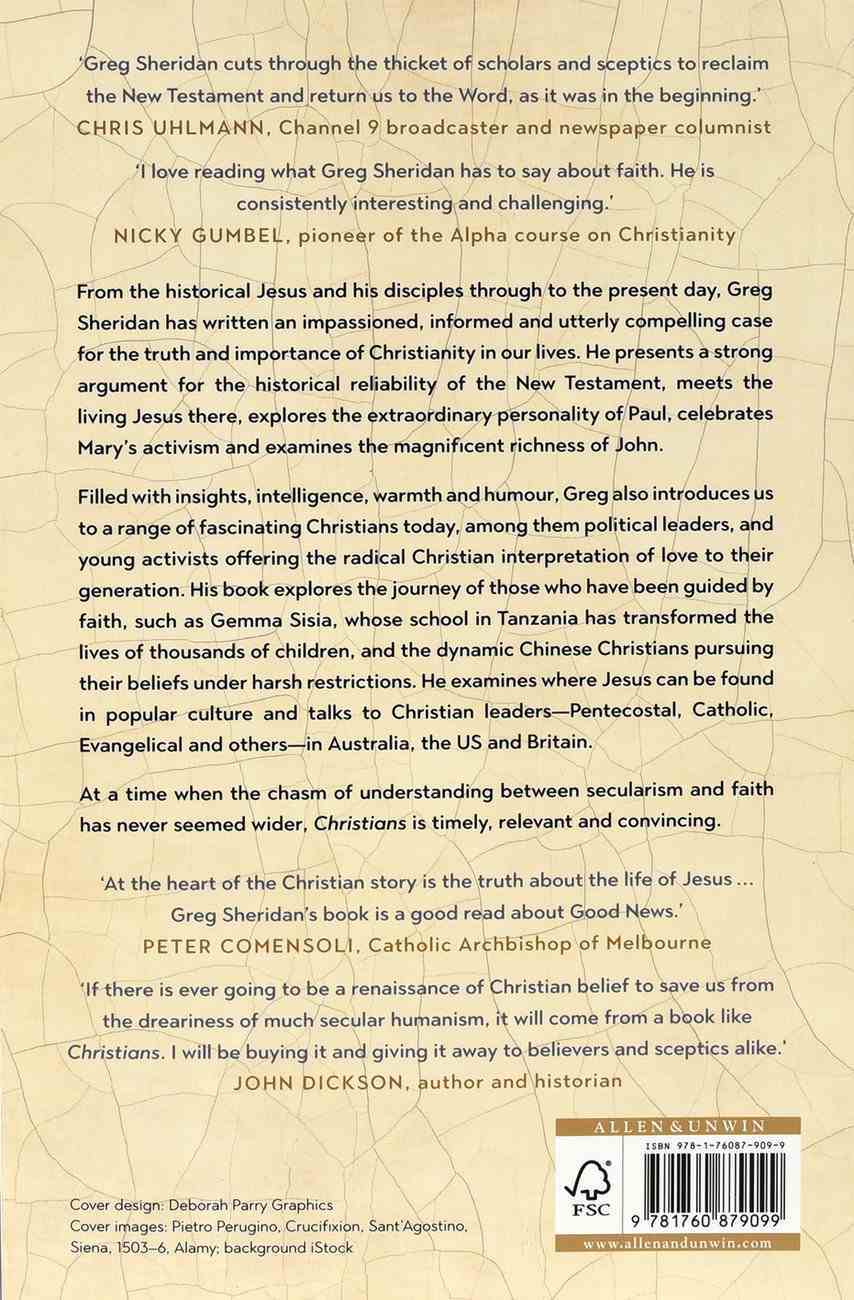 Christians: The Urgent Case For Jesus in Our World

"The story of the Christian faith, and its enduring good for our world, will always be best heard when proposed, not imposed. In his new book, Sheridan makes such a proposal for belief in Jesus of Nazareth in readily accessible...

A Nature Lover's Guide to Seeing God: Reflections and Photographs By a Biologist and a Pilgrim
Bob McDonald, Evelyn McDonald
Hardback

"The story of the Christian faith, and its enduring good for our world, will always be best heard when proposed, not imposed. In his new book, Sheridan makes such a proposal for belief in Jesus of Nazareth in readily accessible words and with warmth of expression. ... It is a good read about Good News."
Peter Comensoli, Catholic Archbishop of Melbourne

Beginning with the historical Jesus and his disciples through to the present day, Greg Sheridan has written an impassioned, informed and utterly compelling case for the truth and importance of Christianity in our lives. He presents a strong argument for the historical reliability of the New Testament, meets the living Jesus there, explores the extraordinary personality of St Paul, celebrates Jesus' Mother Mary's and examines the magnificent richness of St John's Gospel.

"Who could have predicted that one of Australia's most seasoned journalists would emerge as one of the country's most compelling public Christians!"
John Dickson, author of BULLIES AND SAINTS (recently reviewed in News Weekly)

Filled with insights, intelligence, warmth and humour, Greg also introduces us to a range of fascinating Christians today, among them political leaders and young activists offering the radical Christian interpretation of love to their generation. His book explores the journey of those who have been guided by faith, such as Gemma Sisia, whose school in Tanzania has transformed the lives of thousands of children, and the dynamic Chinese Christians holding to their beliefs under harsh restrictions. He examines where Jesus can be found in popular culture and talks to Christian leaders - Pentecostal, Catholic, Evangelical and others - in Australia, the U.S. and Britain.

Scott Morrison speaks of his Pentecostal faith with unprecedented candour, Bill Hayden tells the moving story of his long journey to belief, and Peter Cosgrove recounts the experience of prayer and religious belief in the midst of deadly combat.

Greg Sheridan is Foreign Editor of The Australian, and a highly regarded journalist. He is active across radio and television, as well as print. He is also a committed Catholic.

Post-God Nation: How Religion Fell Off the Radar in Australia - and What It Needs to Get Back on It
Roy Williams
Paperback