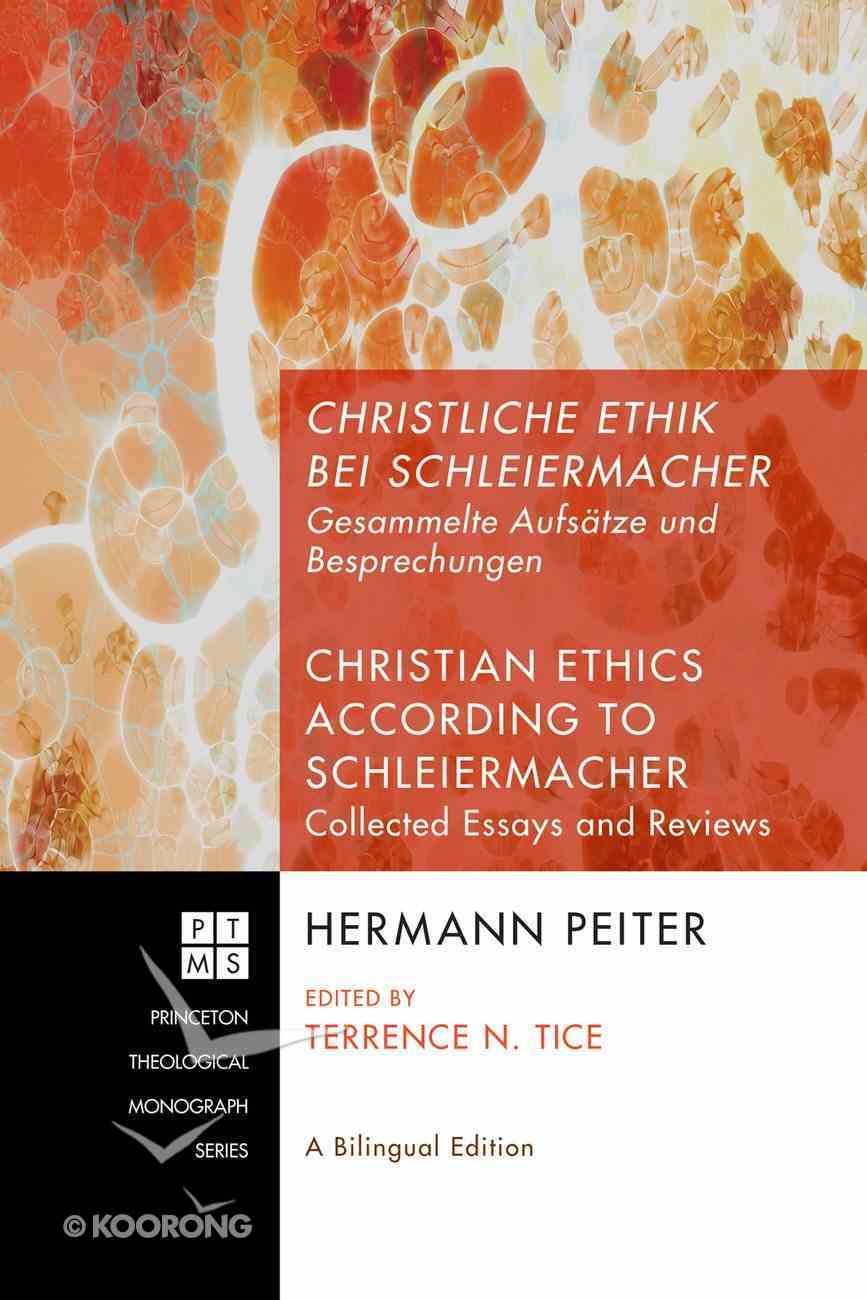 No one is so intimately acquainted with Schleiermacher's Christian Ethics material or with the 1821-1822 first edition of his companion volume, Christian Faith, than Hermann Peiter. The present volume is a collection of Peiter's nineteen essays and thirty reviews. Extensive...

Problem of Perception and the Experience of God, the - Toward a Theological Empiricism (Emerging Scholars Series)
Sameer Yadav
eBook

Introducing Logic and Critical Thinking: The Skills of Reasoning and the Virtues of Inquiry
T Ryan Byerly
Paperback

No one is so intimately acquainted with Schleiermacher's Christian Ethics material or with the 1821-1822 first edition of his companion volume, Christian Faith, than Hermann Peiter. The present volume is a collection of Peiter's nineteen essays and thirty reviews. Extensive English summaries are offered for all this material, and an English version for four of the essays. Professor Peiter's summary of this volume reads as follows:"This book treats of praxis in the Christian life and of Christian responsibility for the world we have in common. The following, however, forms a background for these considerations. Schleiermacher reminds his Christian brethren, who often deck themselves out with alien, borrowed plumes from morals and metaphysics, of their actual theme, that of religion, which he also designates as a kind or mode of faith. Like Luther, he also turns against both the practical misconception that considers faith itself to be a good work and the theoretical misconception that faith is a product of thinking, a theory. Whether a practitioner thinks to give thanks for one's own work or whether a theoretician hopes to find final fulfillment and justification in one's range of metaphysical ideas amounts to the same thing. Faith is the courage to be (Paul Tillich). For Schleiermacher, to want to have speculation (thus, metaphysics) and praxis without religion is the nonsalutary intention of Prometheus, who faintheartedly stole what he could have expected to possess in restful security. If taken seriously, the 'gods'-to use that pagan expression for once-are that nature to which a human being belongs. Each human being is their possession. When one steals what the gods have, one steals oneself, can thank oneself for a robbery. For a gift that is stolen, one cannot possibly be thankful. Only a pure gift awakens true joy. A human being has the chance to receive the gift that one is or is not (in case it is stolen) not from a thief but from religion. Thanks to one's birth, both physical and spiritual, one gains oneself and has oneself. To steal means to take away, to depreciate. In contrast, whoever has oneself from elsewhere is no longer extracted from oneself or from the one to whom one belongs."
-Publisher