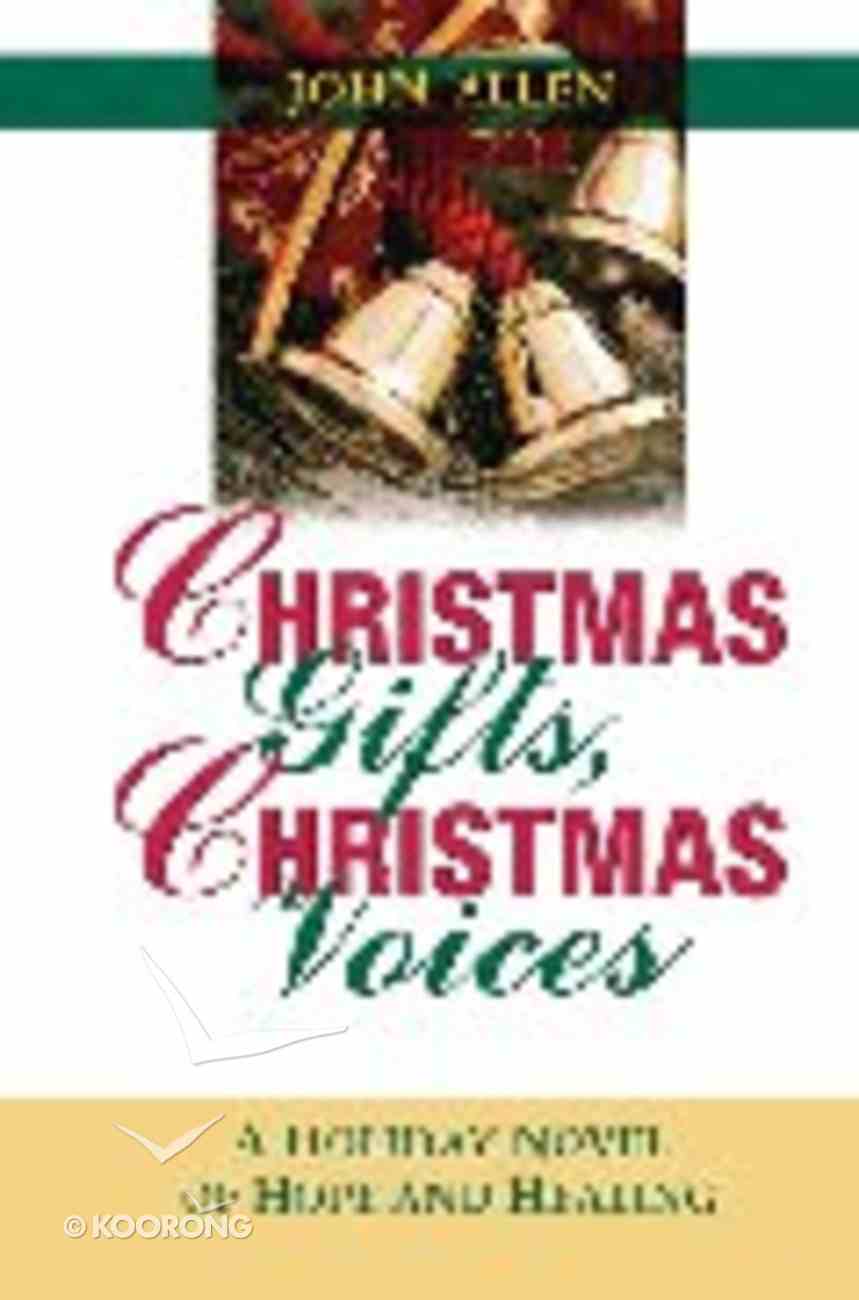 "It was a perfect life. And it was hard for Eric Sanders to imagine how things could be any better." So begins the novel Christmas Gifts, Christmas Voices. ^Eric seems to have resolved all of life's major issues, but in...

What Little Girls Are Made of
Sandra Kuck
Hardback

Better Together: Life is Best With a Friend Like You
Hardback

Pawfect Love: Life is Best With a Love Like Yours
Warren Photographic
Hardback

"It was a perfect life. And it was hard for Eric Sanders to imagine how things could be any better." So begins the novel Christmas Gifts, Christmas Voices. ^Eric seems to have resolved all of life's major issues, but in an instant, his world falls apart. While wrapping Christmas gifts for his wife and children, a policeman knocks on the door to tell him that his family was killed in a car accident. Consumed with grief, he knows it will take a Christmas miracle to ever find peace again, let alone enjoy the holidays. His world is in ruins. ^Amazingly, Eric finds that peace through the giving of the special presents he so lovingly created for his family, and from that simple gesture learns that giving to others with joy and love has a ripple effect. He discovers the true meaning of Christmas and, in the echo of the Christmas bells, realizes that death is not an ending but a transition. Love can never be extinguished. ^Christmas Gifts, Christmas Voices is a heartfelt look at love an
-Publisher

Chapter Three As it turned out, Leslie and the kids went to the choir practice. After dinner, Eric remembered the gifts in the trunk, and while everyone was busy getting ready for the practice-brushing hair, washing faces and changing clothes-Eric stealthily maneuvered the gifts up to the attic. The attic, during Christmastime, was sacrosanct. Those in the family who were under thirty or female were forbidden to enter it. A somewhat similar rule applied to the basement, prohibiting entrance to family members under thirty or male. Eric sat cross-legged in the middle of the attic floor. The baseball glove and the train set had been easy to wrap. But he knew the easel was going to be a challenge. He looked at his watch. If Janice Thompson was true to her word, the practice should be ending right about now. He regarded the easel and realized that he was going to need more wrapping paper. He stood up and stretched, went downstairs to the closet where they kept the wrapping paper and selected an unused roll. Back in the attic, Eric faced the easel, determined to do a first-rate job of wrapping it. Soon after he began, however, he realized that he was going to have to settle for a less-than-perfect job. He looked at what he had done so far and winced: the paper was loose-fitting with awkward folds. Okay, so it doesn't have to be beautiful, just as long as it's functional, mused Eric, as he continued his functional if not beautiful job of wrapping the easel. He heard a distant siren. The sound was both urgent and plaintive. While the sound of sirens always disturbed Eric, he found them especially troubling at Christmas: blaring intrusions that shattered his fragile ideal of a season filled with nothing but peace and happiness and joy. As he continued working on the easel, Eric had to disregard every rule of gift wrapping he had ever learned. He finally decided to wrap it Egyptian mummy style and simply unwound the roll round and round until the easel was fully covered. The paper puckered and crinkled in several spots. But this only made it harder to discern what was beneath the paper. If Eric had to guess, he would probably say the gift was a large stuffed giraffe. Eric was tying a bow on the oddly shaped bulk when he heard a faint rapping sound. Could it be someone at the front door, Eric wondered, or was it just another one of those phantom household sounds-unexplainable and presumably without significance? Since he couldn't be sure, he decided he'd better go down and find out. As he started down the stairs he heard a definite knocking sound again-only louder. Bounding down the steps, he called out, "Coming" in sing-song fashion. When he opened the door, he was surprised to find a large policeman standing on the porch. "Mr. Sanders?" "Yes . . ." "I'm afraid I've got some bad news for you. There's been an accident . . ." Eric's body froze. "Was anyone hurt badly?" "Mr. Sanders," the officer's voice broke, "I am so sorry. . . ." Back To Top _2002. All rights reserved. Reprinted from Christmas Gifts, Christmas Voices by John Allen. No part of this publication may be reproduced, stored in a retrieval system or transmitted in any form or by any means, without the written permission of the publisher. Publisher: Health Communications, Inc., 3201 SW 15th Street, Deerfield Beach, FL 33442.
-Publisher

John Allen is a wordsmith who is comfortable writing in several diverse styles. He produces precise technical documents, effective advertising copy and poetry. Allen has lived in Nashville, Salt Lake City and Sweden. He is married and has four daughters.

In the Shelter of His Wings
Carolyn Shores Wright
Paperback

God Has Not Forgotten You: He is With You, Even in Uncertain Times
David Jeremiah
Hardback