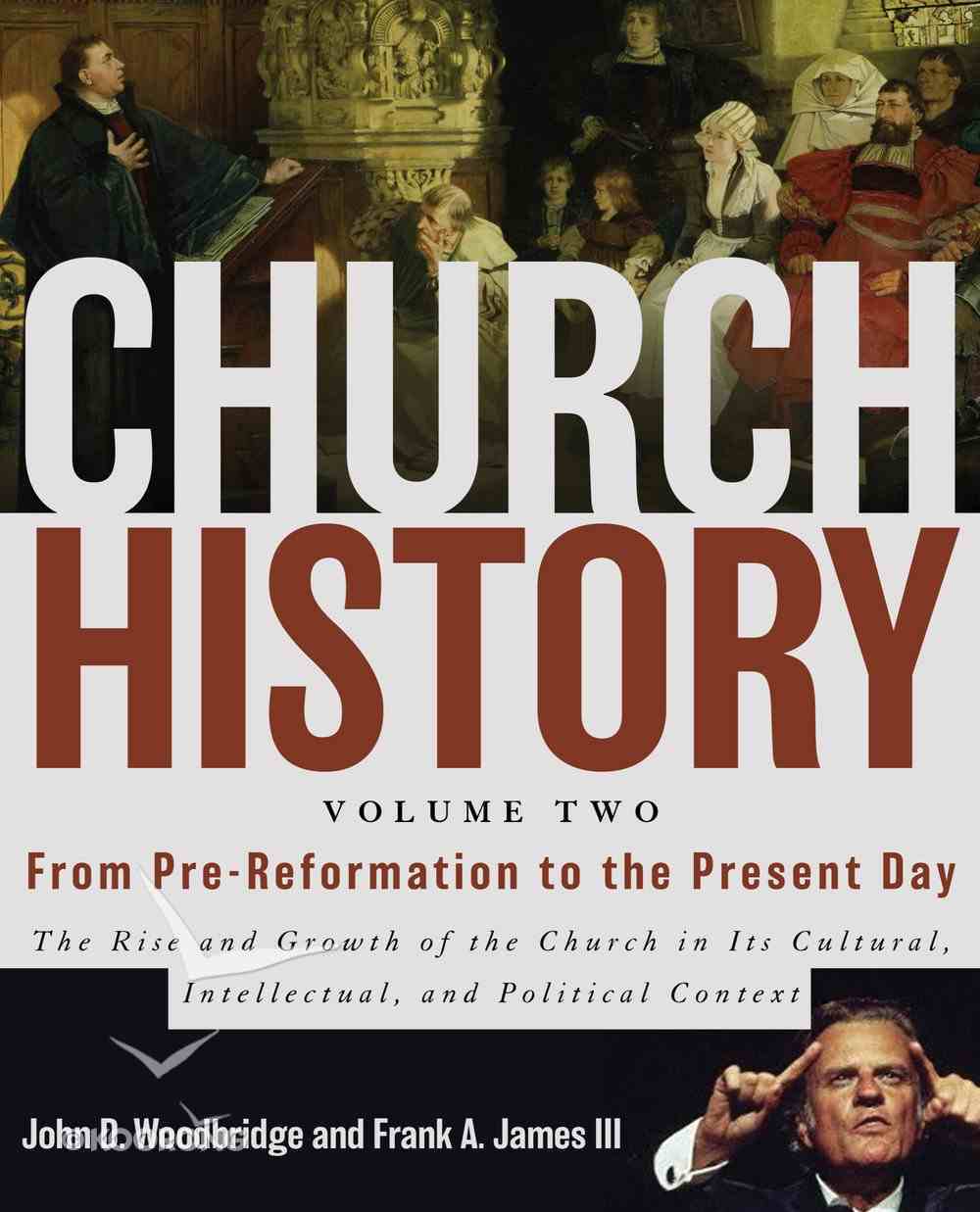 Church History, Volume Two: From Pre-Reformation to the Present Day

Church History, Volume Two chronicles the events, the triumphs, and the struggles of the Christian movement from the years leading up to the Reformation through the next five centuries to the present-day. Looking closely at the integral link...

Church History, Volume Two chronicles the events, the triumphs, and the struggles of the Christian movement from the years leading up to the Reformation through the next five centuries to the present-day.


Looking closely at the integral link between the history of the world and that of the church, Church History paints a portrait of God's people within the context of the times, cultures, and developments that both influenced and were influenced by the church.

Maps, charts, and illustrations spanning the time from the thirteenth century to today. Explanations of all the major denominational movements, traditions, and schisms during and after the Reformation. Overviews of the Christian movement in Africa, eastern Europe, Asia, and Latin America to cover the scope of the ecumenical environment of the twenty-first century. Insights into the role and influence of politics, culture and societal norms, and technology on the Western church. Unbiased details on the major theological controversies and issues of each period.
AUTHORS' PERSPECTIVE:


Authors John D. Woodbridge and Frank A. James III wrote this history of the church from the perspective that such a history is the story of the greatest movement and community the world has known-as imperfect as it still is. It's a human story of a divinely called people who want to live by a divine revelation. It's a story of how they succeeded and how they failed and of how they are still trying to live out their calling.


From the Reformation theologians in Europe to the revivalists, apologists, and Christian thinkers all over the world, the historical figures detailed are people who have struggled with the meaning of the greatest event in history-the coming of the Son of God-and with their role in that event and in the lives of God's people.

Ginny is currently the codirector of the Center for Youth Ministry Studies and assistant professor of youth ministry at North Park University and Theological Seminary in Chicago, Illinois. Before teaching undergraduate and seminary students, she was involved in hands-on youth ministry for more than twenty years at various churches and camps, including serving on staff in the junior high ministry at Willow Creek Community Church. She is coauthor of the Youth Specialties resource, Youth Ministry Management Tools, as well as an editor and contributing author for Breaking the Gender Barrier in YouA

Mike Work works in the Denver area with Youth For Christ, USA. He is a frequent speaker at camps, retreats, and youth ministry training events.

So the Next Generation Will Know: Training Young Christians in a Challenging World
Sean McDowell, J Warner Wallace
Paperback

Talks That Don't Suck: How to Write and Give Bible Talks For Teenagers
Tom French
Paperback