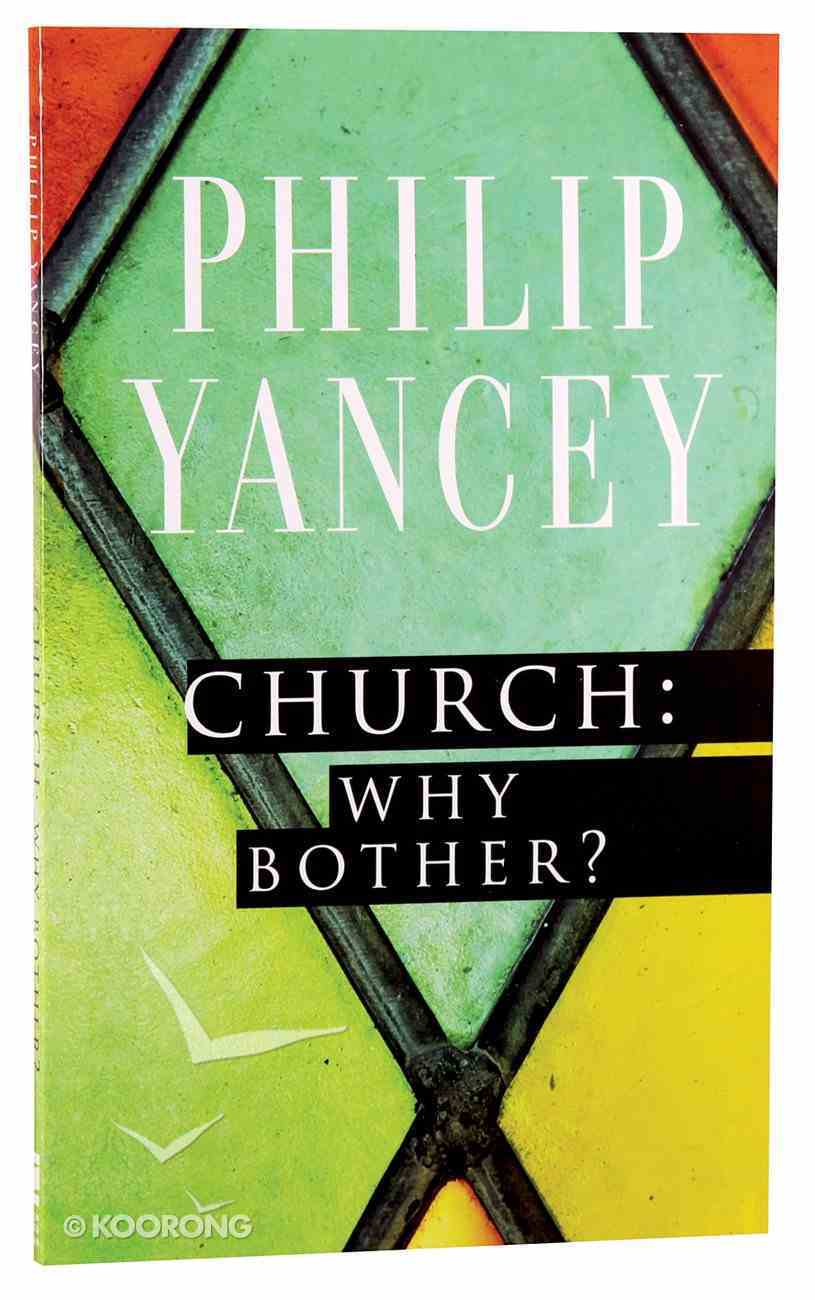 : Insights from Philip Yancey's personal pilgrimage away from and back to the church. Why are there so many more professing Christians than churchgoing Christians? Is it because something is wrong with the church? In his candid, thought-provoking manner, award-winning...

3 available
Expected to ship within 13 hours from Australia.
Learn More
Free Shipping
for orders over $99.

Where Your Treasure is
Eugene H Peterson
Paperback

The Hallelujah Banquet: How the End of What We Were Reveals Who We Can Be
Eugene H Peterson
Hardback

:
Insights from Philip Yancey's personal pilgrimage away from and back to the church. Why are there so many more professing Christians than churchgoing Christians? Is it because something is wrong with the church? In his candid, thought-provoking manner, award-winning author Philip Yancey reveals the reasons behind his own journey back from skepticism to wholehearted participation in the church, and weighs the church's human failings against its compelling worth as the body of Christ. Yancey does not whitewash the church's faults, rather he sets them against the overwhelming balance of its strengths: its heart for God, its care for the hurting, its outreach to the lost, and its value as family and community.

The Other Half of Church
Jim Wilder, Michel Hendricks
eBook

The Innovative Church: How Leaders and Their Congregations Can Adapt in An Ever-Changing World
Scott Cormode
Paperback