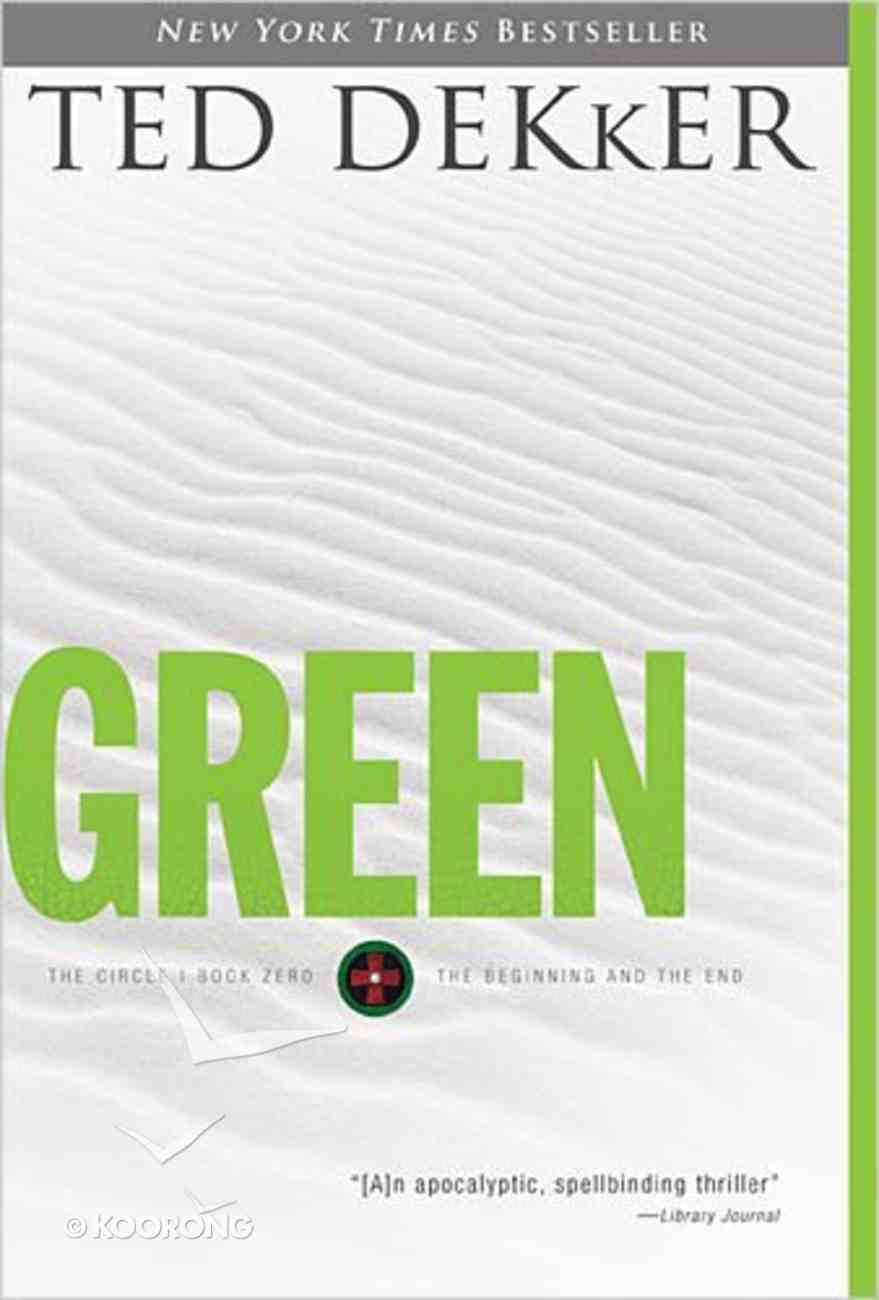 Circle #00: Green: The Beginning and the End (Dekker Trilogy The Circle Series)

The New York Times bestseller that brings the epic series full circle.The story of how Thomas Hunter first entered the Black Forest andforever changed our history began at a time when armies were gatheredfor a final battle in the valley...

The Slumber of Christianity: Awakening a Passion For Heaven on Earth
Ted Dekker
Paperback

The New York Times bestseller that brings the epic series full circle.The story of how Thomas Hunter first entered the Black Forest andforever changed our history began at a time when armies were gatheredfor a final battle in the valley of Migdon. Green is a story oflove, betrayal, and sweeping reversals set within the apocalypse. It isthe beginning: the truth behind a saga that has captured theimagination ofmore thana million readers with the Books of HistoryChronicles.But even more, Green brings full meaning to the Circle Series as a whole, reading as both prequel to Black and sequel to White,completing a full circle. This is Book Zero, the Circle Reborn, boththe beginning and the end.The preferred starting point for new readers. . . and the perfect conclusion for the countless fans who'veexperienced Black, Red, and White.
-Publisher

As foretold by ancient prophets, an apocalypse destroyed Earth during the twenty-first century. But two thousand years later Elyon set upon the earth a new Adam. This time, however, he gave humanity an advantage. What was once unseen became seen. It was good and it was called...Green.


But the evil Teeleh bided his time in a Black Forest. Then, when least expected, a twenty-four year old named Thomas Hunter fell asleep in our world and woke up in that future Black Forest. A gateway was opened for Teeleh to ravage the land. Devastated by the ruin, Thomas Hunter and his Circle swore to fight the dark scourge until their dying death.


That was then. Now the Circle has lost all hope. And Samuel, Thomas Hunter's cherished son, has turned his back on his father and is aligning dark forces to wage the final war. Thomas is crushed--but determined to rescue the Circle and his son even if he has to cross two worlds to do so.