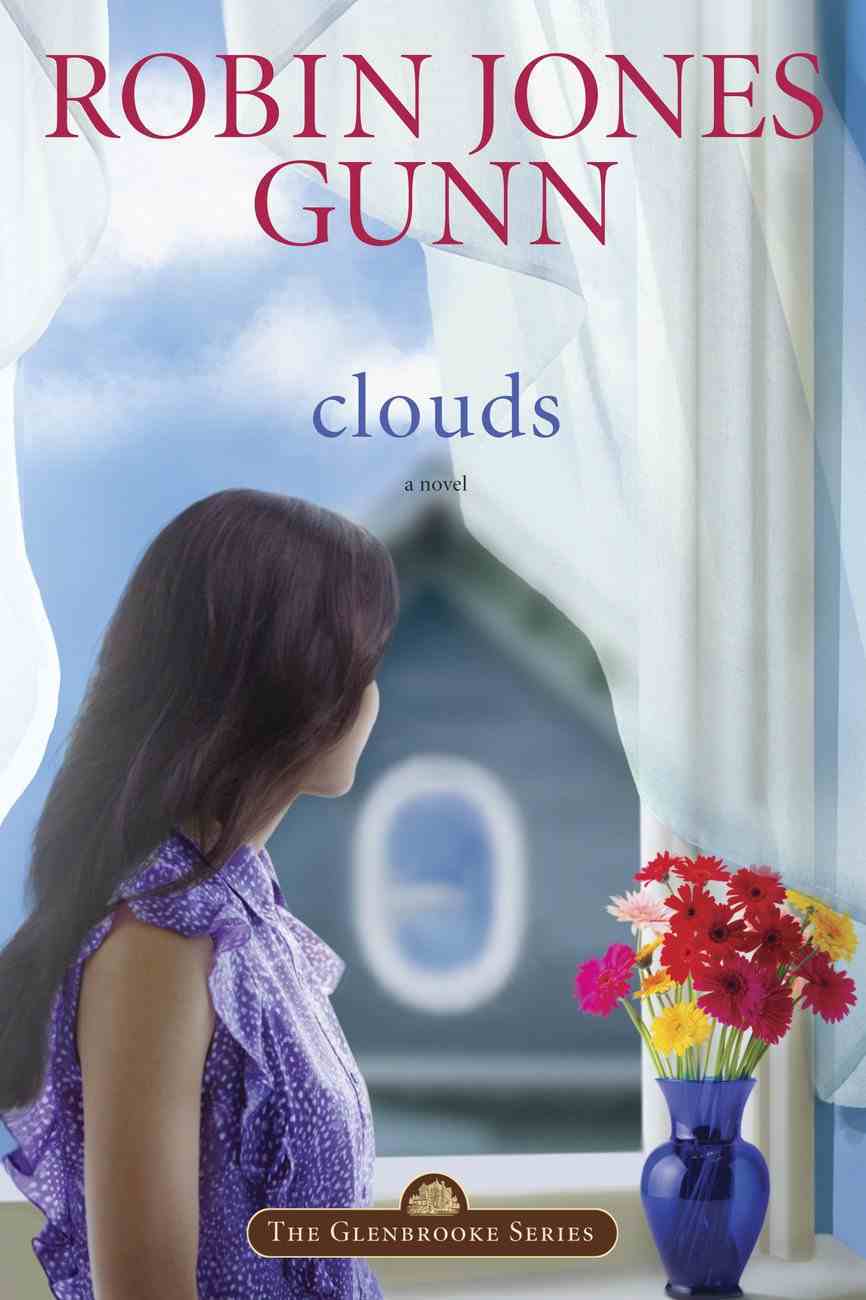 This bestselling former Palisades release is book five in the new Glenbrooke series by award-winning author Robin Jones Gunn. Shelly Graham has moved home to Glenbrooke, where she's flooded with memories of her high school sweetheart, who took off for...

This bestselling former Palisades release is book five in the new Glenbrooke series by award-winning author Robin Jones Gunn. Shelly Graham has moved home to Glenbrooke, where she's flooded with memories of her high school sweetheart, who took off for Europe after they broke up. But when Shelly travels to Germany, she suddenly runs into the former boyfriend who has filled her thoughts. Learning that Jonathan is engaged, Shelly hides her feelings for him. After returning home, however, she must face these feelings, especially after her path crosses Jonathan's yet again. Only this time, if they can find the strength to be honest, they just might discover what God has in store.

This bestselling former Palisades release is book five in the new Glenbrooke series by award-winning author Robin Jones Gunn. Shelly Graham has moved home to Glenbrooke, where she's flooded with memories of her high school sweetheart, who took off for Europe after they broke up. But when Shelly travels to Germany, she suddenly runs into the former boyfriend who has filled her thoughts. Learning that Jonathan is engaged, Shelly hides her feelings for him. After returning home, however, she must face these feelings, especially after her path crosses Jonathan's yet again. Only this time, if they can find the strength to be honest, they just might discover what God has in store.She remembers their childhood with longing their parting with regret... ^Coming home wasn't supposed to feel this way. After five years as a flight attendant, Shelly is home again, in a house alive with happy memories. Yet she feels strangely lost. Without direction. Alone. ^Where is Jonathan Renrield when sh
-Publisher

Shelly Graham placed her hand on the doorknob and turned it slowly. A creak echoed from the hinges, and she smiled. Everything about this room felt familiar, friendly, welcoming. She stood in the doorway and surveyed her childhood bedroom. Two twin beds with white wrought-iron frames stood their ground as they had for more than twenty years, like faithful soldiers guarding the window between them.

Shelly noticed the new blue-and-white bedspreads Mom had bought after Shelly and her sister Meredith had both moved out. The painted pine desk in the corner was the same as it had always been. The white wicker chair hadn&rsquo;t been moved from beside the closet. Even the color of the room was the same: sky blue. On the ceiling, the white clouds Meredith had painted there eight years ago hadn&rsquo;t moved an inch in their journey across the solid, latex-covered heavens. Shelly gave these familiar images only a sweeping glance.

It was the window that beckoned to her. Sheer, ivory curtains billowed in the afternoon breeze. The cobalt blue glass vase that held a giant snatch of color from Mom&rsquo;s garden rested on one of Grandma Rudi&rsquo;s lace doilies. The vase was placed in the center of the old pine bed stand that stood under the inviting window. Shelly drew closer. The daisies, snapdragons, and carnations shivered their greetings as the breeze came through the open window, brushed past the bouquet, and, with invisible, feathery fingers, touched Shelly&rsquo;s long hair.

She stood before the window, eyes closed, face tilted toward the breeze. The sun slipped over the neighbor&rsquo;s rooftop and spilled its hot gold all over Shelly without the slightest apology. She didn&rsquo;t mind a bit the way it instantly stained her white shirt a glorious, pale yellow. She remembered this feeling. She remembered these fragrances.

437 Duchess Place. This was home. Just as it had been from the day Shelly was born until five years ago, when she moved from Seattle to Pasadena, California, and began her career as a flight attendant. And now, due to a transfer, Shelly was home again.

She opened her eyes and gazed out the window at the Renfields&rsquo; house next door. Nothing had changed there either. It was still gray with white shutters and that wonderful oval attic window that faced her bedroom. For years a rope had run between her bedroom window and the oval attic window. For years a green plastic bucket had hung from that line. The bucket carried messages, candy, and secret treasures from one best friend to the other.

&ldquo;Jonathan,&rdquo; she whispered. Shelly could almost see his face there in the attic window, his light, sand-flecked brown hair, about the same color as hers; his gray, stormy eyes; and the mouth that never stopped smiling.

Shelly tried to remember the codes to their secret whistles. She puckered up and blew. Two short, one long whistle, with the long one a note lower. That meant &ldquo;Come to the window.&rdquo; She tried again, this time blowing one long, one short, and one long, with the short one a note higher. Her whistle echoed off the side of his house, and she remembered its meaning. &ldquo;Meet me at the tree house,&rdquo; she said softly.

There were other signals, other whistles. But she had forgotten them, just as she had forced herself to forget so many other things about Jonathan.

A wash of uneasiness came over her. Without meaning to, she had opened a treasure chest of memories that had been locked up for many years. Shelly wasn&rsquo;t willing to open it any farther. Instead, she tried to tuck all the memories neatly back inside the chest where they belonged. Only it seemed the chest was refusing to be shut and was spilling its wealth all over the hardwood floor of her childhood bedroom.

There, shining in her mind, was the memory of her third birthday party. It was time for the cake. The candles were lit, and all her little friends were singing. She was just about to blow out the birthday flames when Jonathan Renfield leaned forward and, with one mighty puff, blew them out first.

Shelly remembered crying and refusing to be consoled. Her mother had tried to explain that the party was for Jonathan, too, since his birthday was three days after hers. It didn&rsquo;t matter. As far as Shelly was concerned, this was her party, and Jonathan should go have his own party and blow out his own candles at his own house.

Her dad had captured the scene on his old movie camera and had it transferred to a videocassette along with Shelly&rsquo;s fourth birthday party. This birthday was celebrated with Jonathan also. Only this time the mothers had wisely provided two cakes. Jonathan and Shelly both stood on their chairs and blew out their own candles. Then they turned and, unprompted, gave each other a not-quite-on-target kiss. The parents had laughed hard. Jonathan had smiled that unstoppable grin of his, and Shelly had adjusted her gold birthday crown for the camera.

A gentle rapping on the door brought Shelly back to the present. &ldquo;How&rsquo;s it going up here?&rdquo; her mom asked, stepping into the room. Shelly felt as though her mother had just stepped on the spilled-out memories, squashing them as she walked across the floor.

&ldquo;You okay?&rdquo; Mom asked. Ellen Graham was a tower of a woman, in stature and in character. At five foot eleven and a half, she stood several inches taller than any of her four daughters. Shelly was the third in birth order and resembled her dad more than her three sisters did. Mom was strong, old-fashioned in her ways, as practical as a pair of loafers, and as soft as a cupcake. She made the perfect pastor&rsquo;s wife, and for thirty-one years she had proved that.

&ldquo;It&rsquo;s strange being back here,&rdquo; Shelly said, facing her mom and noticing that she had changed into a skirt and pastel blue blouse. &ldquo;Are you going to church?&rdquo;

&ldquo;No, we&rsquo;re having dinner at Meredith&rsquo;s. Did I forget to tell you?&rdquo; Mom looked out the window as if trying to see what Shelly had been gazing at. Shelly knew her mother didn&rsquo;t see anything.

It wasn&rsquo;t that Mom hadn&rsquo;t tried to see the things Shelly had seen throughout her life. Maybe Mom tried too hard. She had the same difficulty with Meredith. Mom never quite saw what Shelly and Meredith did. The two girls were the dreamers and the opposites of Megan and Molly, the two older Graham daughters. All their lives Shelly and Meredith had been kindly left to their own world of imagination.

&ldquo;If you&rsquo;re too tired from your trip to come to dinner, I&rsquo;m sure Meredith will understand.&rdquo;

&ldquo;No, I&rsquo;m fine. When are we supposed to be there?&rdquo;

&ldquo;Meri said about seven. She has some big news for us.&rdquo;

Shelly looked at her mom for a hint. &ldquo;Did she meet someone?&rdquo;

&ldquo;She didn&rsquo;t say.&rdquo; Mom sat on the bed and surveyed the room. &ldquo;Are you going to be okay here? Would you like the room changed around?&rdquo;

&ldquo;No, I love it just like this. What else did Meri say? Any clues at all?&rdquo;

&ldquo;What if I unload the car and trailer tomorrow?&rdquo; Shelly sat on the opposite bed and faced Mom. &ldquo;Most of it is going to have to be stored in the garage anyway.&rdquo;

&ldquo;That&rsquo;s fine. How are you feeling about this move? I know it won&rsquo;t be easy for you to adjust to being back home. Dad is as busy at church as he always was, and I have a full calendar, too. If anything, the three of us will probably have to schedule time to see each other.&rdquo;

Shelly smiled. When she did, the worry lines in Mom&rsquo;s broad forehead began to disappear. Shelly&rsquo;s smile had that effect on people. It was one of her most distinctive features. Her full lips and wide, straight teeth gave her a smile that blasted out, &ldquo;Apple pie, Mom, America!&rdquo; It was a nice feature to have as a flight attendant. She could put elderly passengers at ease and make crying babies coo.

&ldquo;I&rsquo;m going to be fine, Mom. I really appreciate you and Daddy letting me move back in. It&rsquo;s only until I straighten out my finances and get on a regular flight schedule. I&rsquo;ll hardly be home at all.&rdquo;

&ldquo;Thanks.&rdquo; Shelly brushed away the insecure feeling that floated around her. None of her three sisters had ever had to move back home. Megan and Molly were both married and lived on the East Coast. Meredith worked in Seattle and had her own apartment across town.