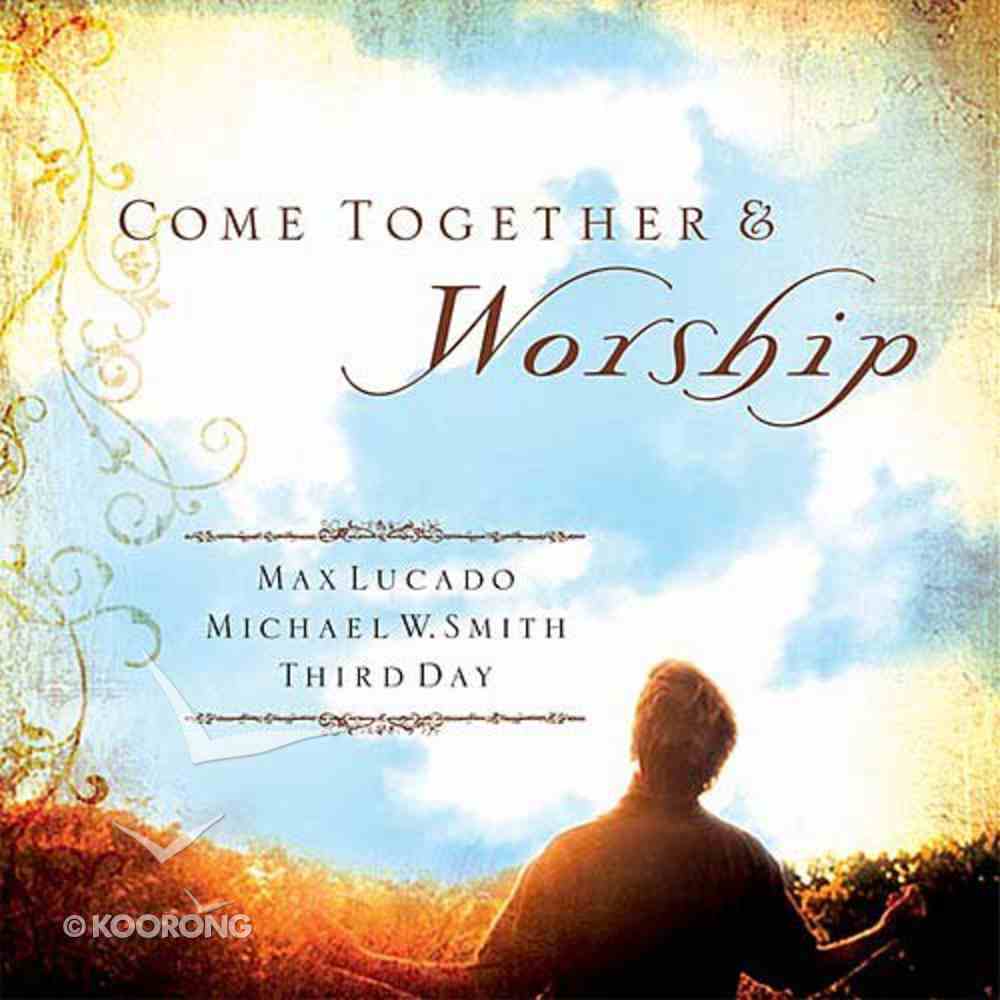 Experience the power and freedom felt by more than 400,000 who were blessed by the "Come Together and Worship Tour" led by Max Lucado, Michael W. Smith, and Third Day. This unique gift book captures the energy of these events...

When I Get Where I'm Going
Brad Paisley
eBook

Tie a Yellow Ribbon While We Are Apart
Tony Orlando
eBook

Experience the power and freedom felt by more than 400,000 who were blessed by the "Come Together and Worship Tour" led by Max Lucado, Michael W. Smith, and Third Day. This unique gift book captures the energy of these events in vivid detail with beautiful photography and transcripts of Lucado's inspiring narratives. A companion CD includes Lucado's messages as well as Michael W. Smith's popular recording of the contemporary worship standard "I Give You My Heart" and Third Day's powerful prayer "Show Me Your Glory."
-Publisher

It's the worship experience of a lifetime! Conveying all the exhilaration, freedom, and power of the nationwide tour, this exciting gift book and companion CD feature stunning photographs; transcripts of Lucado's inspiring messages; and rousing performances of Smith's "I Give You My Heart" and Third Day's "Show Me Your Glory."
-Publisher

Tie a Yellow Ribbon While We Are Apart
Tony Orlando
eBook

When I Get Where I'm Going
Brad Paisley
eBook