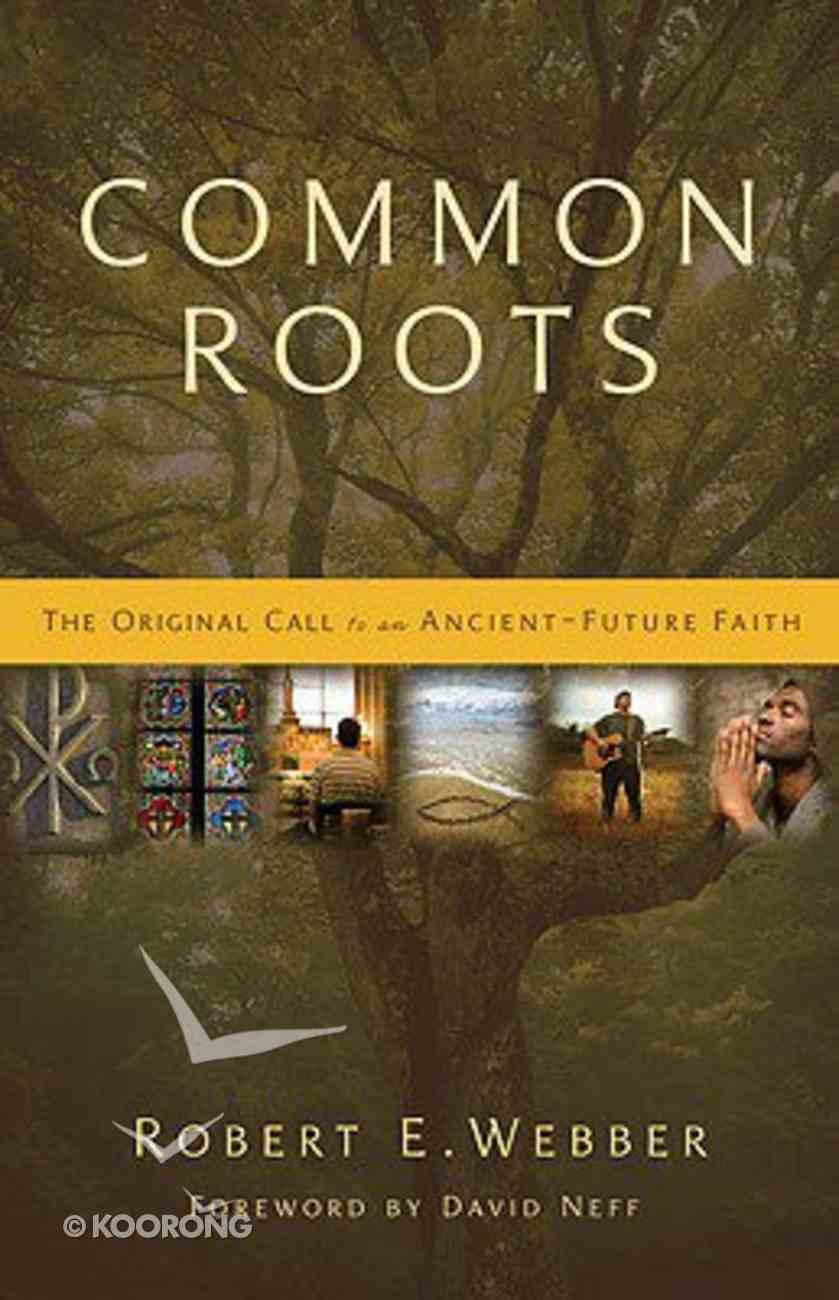 Robert Webber's legacy testifies to the vitality evangelicals experience when insights of the early church inform community life and ministry. His original expression of this theme, presented here with a foreword by David Neff (director of the Robert E. Webber...

The Duty of a Disciple: Is Evangelism Outdated?
Bernard Palmer
Paperback

Robert Webber's legacy testifies to the vitality evangelicals experience when insights of the early church inform community life and ministry. His original expression of this theme, presented here with a foreword by David Neff (director of the Robert E. Webber Center for an Ancient-Evangelical Future), promises to stimulate new and ongoing conversations about ancient-future faith.
^^Common Roots turns the searchlight of historic Christianity on twenty-first-century evangelicalism. Originally published in 1978 as a clarion call to all evangelicals, this reprint presents Webber's thoughts to a new generation and includes a foreword by David Neff, the executive director of the center that pays tribute to Webber's work and supports the ancient-future faith movement. Webber's primary concern is to uncover the roots of evangelical Christianity. In so doing, he looks critically at beliefs and practices of contemporary evangelicalism that are out of harmony with historic Christianity.


Webber argues that examining the era of the early church (A.D. 100–500), and particularly the second century, offers insights that evangelicals need to recover for worship, theology, mission, and spirituality. Chapters highlight a problem, investigate the belief and practice of the early church, and suggest an agenda for evangelical Christianity. Common Roots is required reading for anyone interested in the ancient-future faith movement, the writings and thought of Robert Webber, or evangelicalism's relationship to history.
-Publisher.


The insights of the early church hold vast potential for strengthening the community life and ministry of the contemporary church. Robert Webber sounded this theme in his original 1978 edition of Common Roots. Over the past thirty years, this book has been recognized as Webber's seminal work, providing a foundation for the ancient-future faith movement. Here is Webber's original clarion call, presented with an extensive foreword by David Neff, editor-in-chief of Christianity Today magazine and executive director of the Robert E. Webber Center for an Ancient-Evangelical Future. The book will promote new conversations about ancient-future faith and its relationship to modern evangelicalism. Webber examines evangelicalism through the lens of the early church (AD 100--500). He searches for the roots of evangelical Christianity, then challenges contemporary evangelical beliefs and practices that are out of harmony with historic Christianity. These ancient patterns, Webber contends, contain wisdom evangelicals must recover for worship, theology, mission, and spirituality. Chapters highlight a problem, investigate an ancient belief or practice, and suggest an agenda for today. This knowledgeable perspective on ancient-future faith is perfect for both seasoned scholars and a new generation of evangelical Christians.
-Publisher

Robert E. Webber (1933-2007) was Myers Professor of Ministry at Northern Seminary in Lombard, Illinois, and served as the president of the Institute for Worship Studies. His many books include in five vomes in the Ancient-Future series: Faith; Evangelism, Divine Embrace, Time and Embrace, Worship is a Verb and The Younger Evangelicals.

Meet Jesus: An Invitation to Get to Know the Jesus of the Bible
Mike Raiter
Paperback