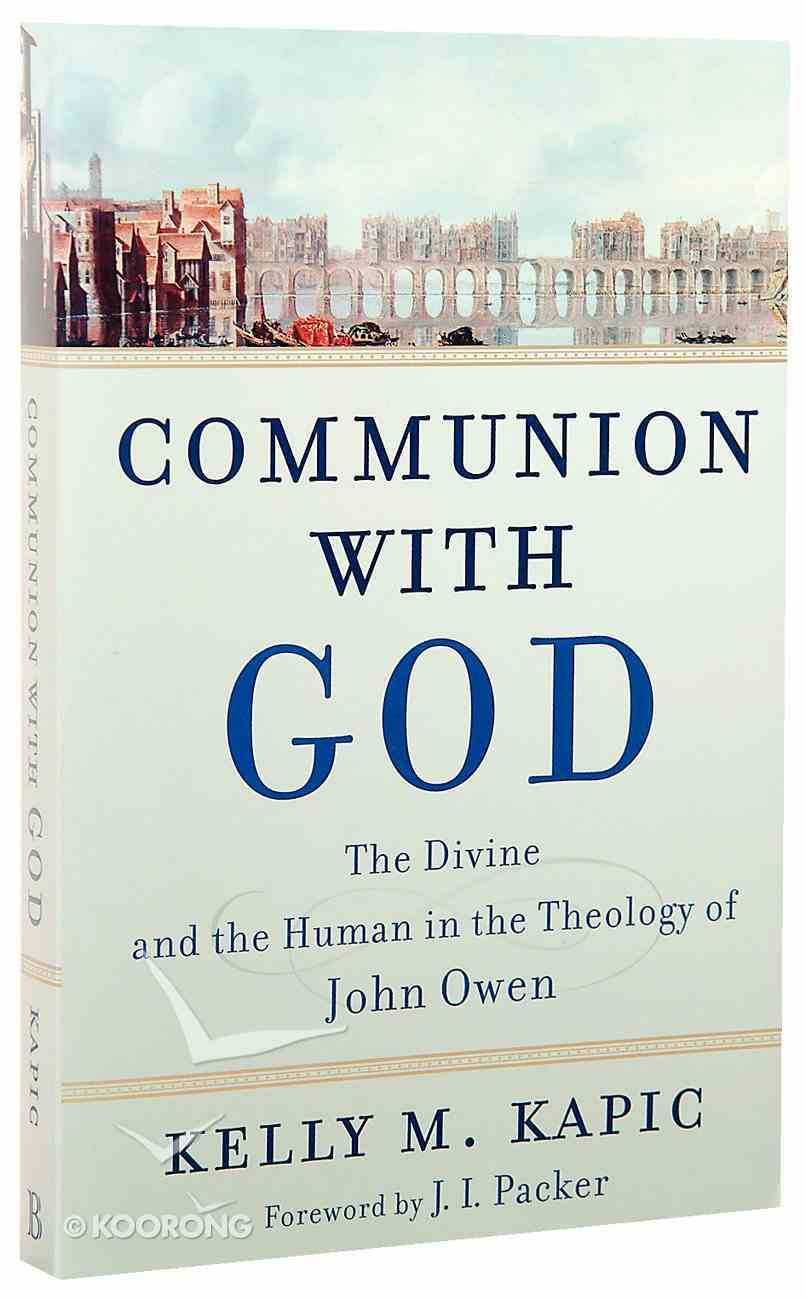 The Puritan John Owen is best remembered today for his theological writings on high Calvinism, traditional orthodoxy, church polity, and the pursuit of holiness. According to Kelly M. Kapic, Owen is being rediscovered by a variety of people today, including...

Everyday Glory: The Revelation of God in All of Reality
Gerald R McDermott
Paperback

The Puritan John Owen is best remembered today for his theological writings on high Calvinism, traditional orthodoxy, church polity, and the pursuit of holiness. According to Kelly M. Kapic, Owen is being rediscovered by a variety of people today, including theologians, evangelical ministers, and laypeople interested in classic forms of spirituality. With this diverse audience in mind, Kapic focuses on the concept of communion with God in Owen's thought, covering key areas such as anthropology, Christology, trinitarian studies, and the Lord's Supper.

"This book, which draws from an impressive array of sources, is a marvelously rich, full, and systematic treatment of Owen's focus on communion with God. It will enhance our understanding and appreciation of Owen and, most importantly, of personal communion with the Triune God."--Joel R. Beeke, president and professor of systematic theology and homiletics, Puritan Reformed Theological Seminary"John Owen was one of the giants of Puritanism, his massive erudition displayed on every page of the many volumes that flowed from his pen. We now have no better guide to Owen's thought than Kapic's study. Focusing on the relation of humans to God and the communion with God established by Christ, Kapic masterfully opens up all aspects of the great Puritan's theology. This fresh look is a most welcomed resource as it probes significant aspects of Owen's thought for contemporary theology and Christian life."--Donald K. McKim, editor, Encyclopedia of the Reformed Faith "This is a landmark book in modern Puritan study, and it is a joy to commend it."--J. I. Packer, from the foreword"Those who know the theology of John Owen recognize one of the most powerful, and sometimes original, theologians to have written in the English language, but there are few studies tracing the themes and arguments of this great thinker. Thankfully, this is now being reversed, and Kapic's study not only provides the reader with a much-needed guide to the literature that is becoming available but also adds its own significant and powerful contribution. This is a clear, careful, and compelling exposition of a powerful and challenging theological scheme. It deserves to be widely read, for both the greatness of the subject and the ability of the interpreter."--Steven R. Holmes, St. Mary's College, University of St. Andrews"This well-rounded research will be of interest to anyone concerned with the development of Reformed theology from a historical or systematic perspective. Kapic's analysis is clear and well constructed, solidly grounded in an excellent grasp of recent writing on Owen and with a sure sense of where its own distinctive contribution lies. Kapic has produced a meticulous piece of scholarship that brings a sophisticated and nuanced approach to the exploration of crucial themes in Owen's theology."--Susan Hardman Moore, School of Divinity, University of Edinburgh"Kapic is an able guide to England's greatest theologian, and he has restored Owen's remarkable exposition of communion with God to its central place. Here is a study that understands and underlines the Puritan conviction that all truly biblical theology is profoundly pastoral."--Sinclair B. Ferguson, senior minister, First Presbyterian Church, Columbia, SC, and professor, Westminster Theological Seminary"Kelly Kapic has carefully mined the theological riches of John Owen and has presented them for our study and edification. This welcome work provides the theological foundation for understanding the spiritual hunger and needs of our contemporary church and points us in the proper direction for addressing them. We are greatly in debt to Kapic for this reminder of the transforming message of John Owen for today."--Tom Schwanda, associate professor of Christian formation and ministry, Wheaton College"Kelly Kapic's work makes two major contributions. First, Kapic effectively dislodges the assumption that pejoratively identifies the Protestant scholasticism of the late sixteenth and seventeenth centuries as being ossifying and unduly scholastic. He does so in a way that is truly ecumenical and amiable rather than pugnacious and polemical. Second, as the best examples of 'pre-critical' exegesis are in need of fresh attention, Kapic's sophisticated contextualization of Owen within the wider intellectual context of seventeenth-century Europe deserves our attention."--Paul C. H. Lim, Vanderbilt University; co-editor, The Cambridge Companion to Puritanism
-Publisher


He is the author of The Devoted Life: An Invitation to the Puritan Classics (IVP: Downers Grove, 2004, and IVP: UK, Nottingham) edited with Randall Gleason; Overcoming Sin and Temptation: Three Classic Works by John Owen (Wheaton: Crossway Books, 2006) edited with Justin Taylor; Communion with God: The Divine and the Human in John Owen's Theology (Grand Rapids: Baker Academic, 2007); Communion with the Triune God: A Classic work by John Owen (Wheaton: Crossway Books, 2007); God So Loved He Gave: Entering the Movement of Divine Generosity (Grand Rapids: Zondervan, 2010) with Justin Borger.