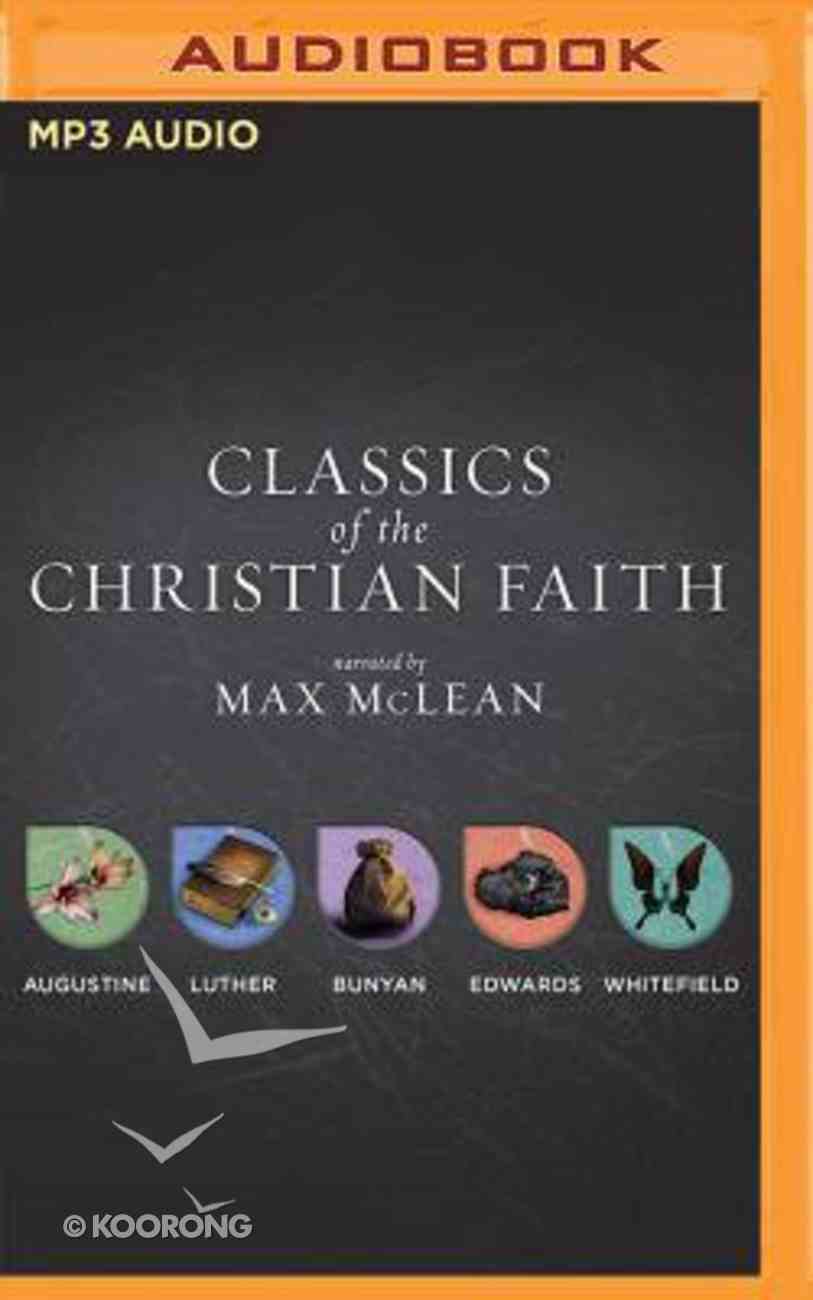 Here in one collection, these five classics--each in an easy-to-follow style with an introduction to set up its moment in history--are vividly and compellingly narrated by master storyteller, Max McClean.The Conversion of St. Augustine by St. Augustine (AD 397)--After the...

Here in one collection, these five classics--each in an easy-to-follow style with an introduction to set up its moment in history--are vividly and compellingly narrated by master storyteller, Max McClean.The Conversion of St. Augustine by St. Augustine (AD 397)--After the conversion of St. Paul on the road to Damascus, the dramatic conversion of St. Augustine--as he himself tells it in his Confessions--is the most significant conversion story in Christian history.Here I Stand by Martin Luther (1521)--Luther was called to defend his writings against the established church. The explosive speech he delivered decisively altered the spiritual map of the Christian world.The Pilgrim's Progress by John Bunyan (1678)--"...as I slept I dreamed a dream." So begins Bunyan's beautiful and moving allegory of Christian, the Pilgrim, on his perilous journey to the Celestial City. Few books besides the Bible have been translated, printed, and read as often as The Pilgrim's Progress.Sinners in the Hands of an Angry God by Jonathan Edwards (1741)--The most famous and terrifying sermon ever preached on American soil by America's most revered theologian. It appears in almost every anthology of American literature and stands alone as the only sermon included.The Method of Grace by George Whitefield (c. 1760)--Whitefield is considered one of the greatest evangelists of all time whose fervent message helped transform America during The Great Awakening.
-Publisher

Jonathan Edwards (1703-1758) is widely acknowledged to be America's most important and original philosophical theologians. He is known as one of the greatest and most profound of American theologians and revivalists. He was the foremost leader of the Great Awakening in North America in the 18th Century. His writings continue to have a marked influence today on the life of the Church, his example stands as a beacon to guide us from the shallows of our low levels of spirituality to the deeper waters of life. Jonathan Edwards wrote such classics as Sinner in the Hands of an Angry God, Sermons of Jonathan Edwards and Call to United, Extraordinary Prayer.- Publisher.