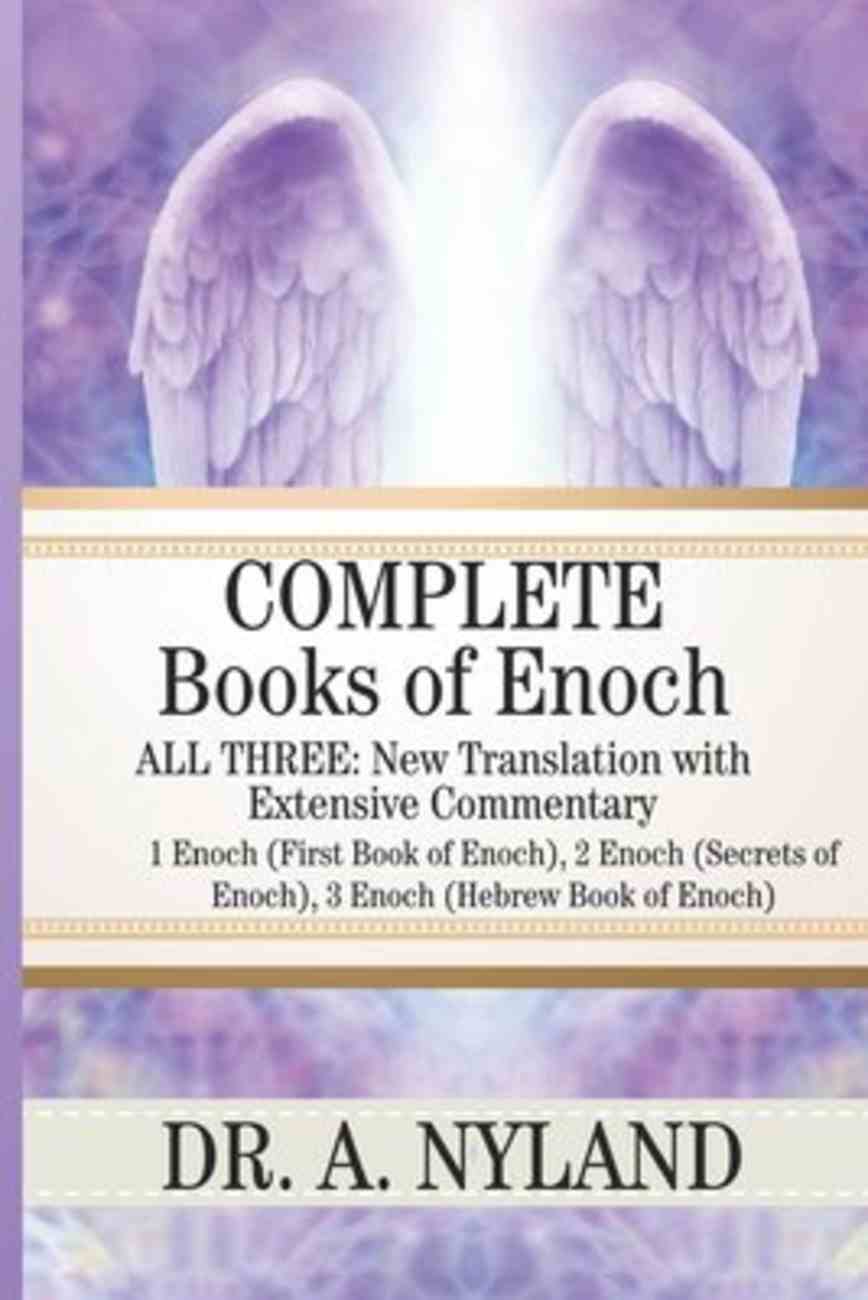 Many of the Book of Enoch books available are in fact public domain (the R. H. Charles version of 1917) which means they can be given away to anyone for free, by anyone. This book is NOT one of those....

Many of the Book of Enoch books available are in fact public domain (the R. H. Charles version of 1917) which means they can be given away to anyone for free, by anyone. This book is NOT one of those. What is the problem with public domain versions? They are full of errors, as they are around 100 years old and out-dated scholarship. Sure, they might be cheap, but most of the information is wrong.World renowned scholar Dr. A. Nyland has a doctorate in ancient languages and word meaning. She was a college professor at the University of New England, Australia, lecturing in ancient languages. She has appeared on television and radio numerous times speaking about ancient languages and ancient peoples.These days, many non-translators (some of whom actually claim to be translators) sell the public domain version of 1917 by R.H. Charles (both as is, and also disguised by slight rewording) as a commercial venture. This version reflects the knowledge of The Book of Enoch as it was back in 1917. Great advances have been made since then. This (all 3 Books of Enoch) is a NEW (2010) and easy-to-read translation by ancient languages scholar Dr. A. Nyland and is NOT the 1917 R.H. Charles Public Domain translation of The Book of Enoch.

Dr Ann Nyland (PhD., University of New England) served as Faculty in the Department of Classics and Ancient History at the University of New England, Australia. Her research field is Greek lexicography from Homeric to Hellenistic times. She has published academic papers in the fields of both Hittite and Greek lexicography. Her most recent achievement after six years of translation work was to produce the New Testament Translation The Source, and the book More than meets the Eye.

How Do We Know the Bible is True? #01
Ken Ham (Ed), Bodie Hodge
Paperback

Taking God At His Word: Why the Bible is Knowable, Necessary, and Enough
Kevin Deyoung
Paperback