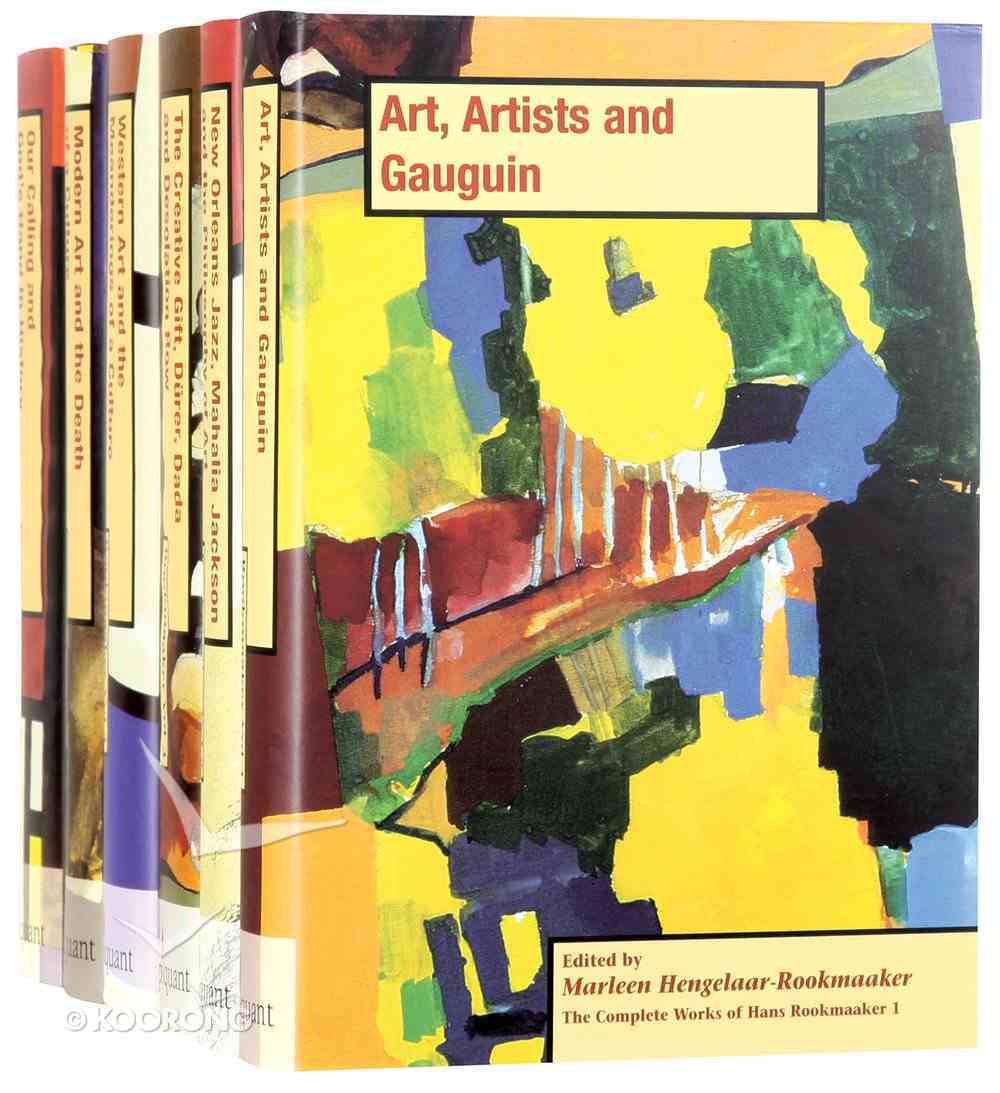 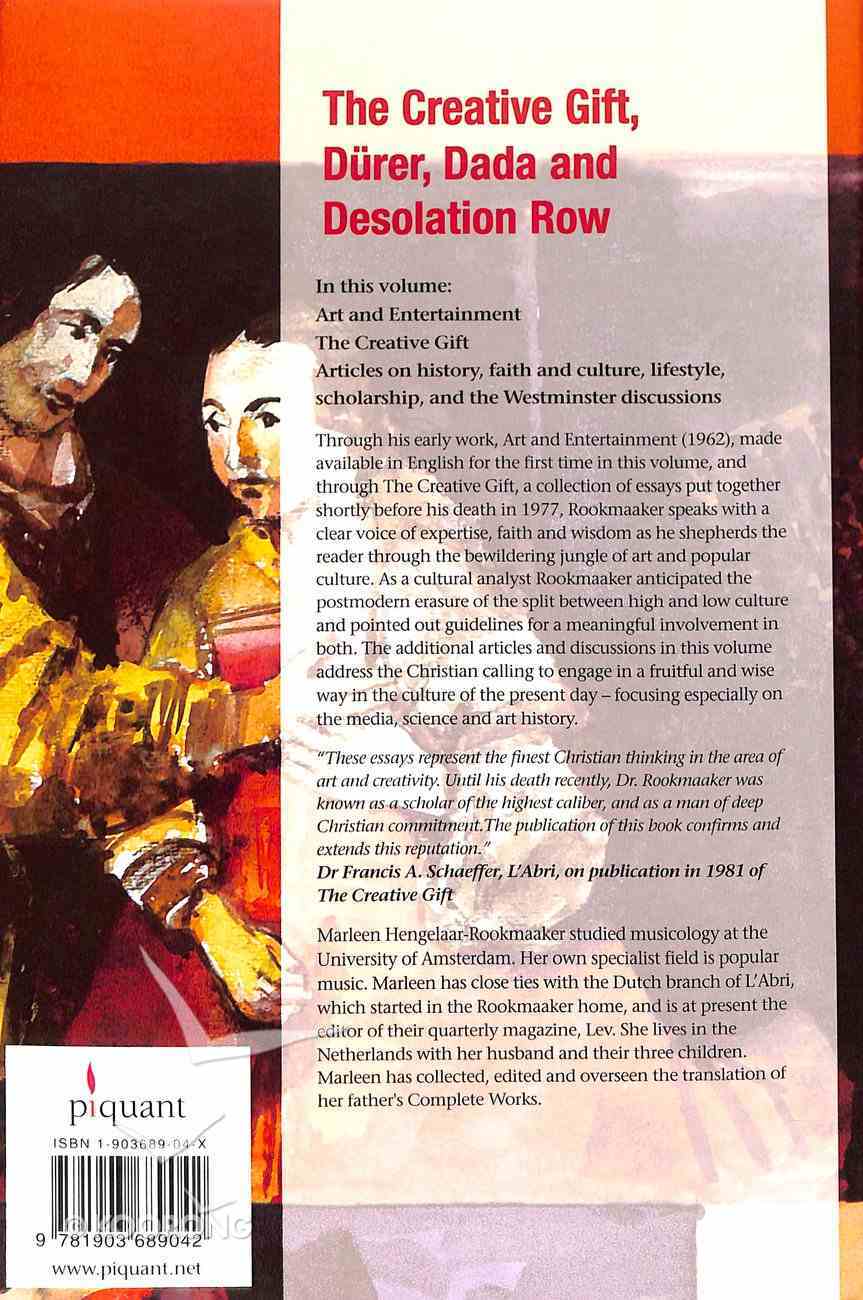 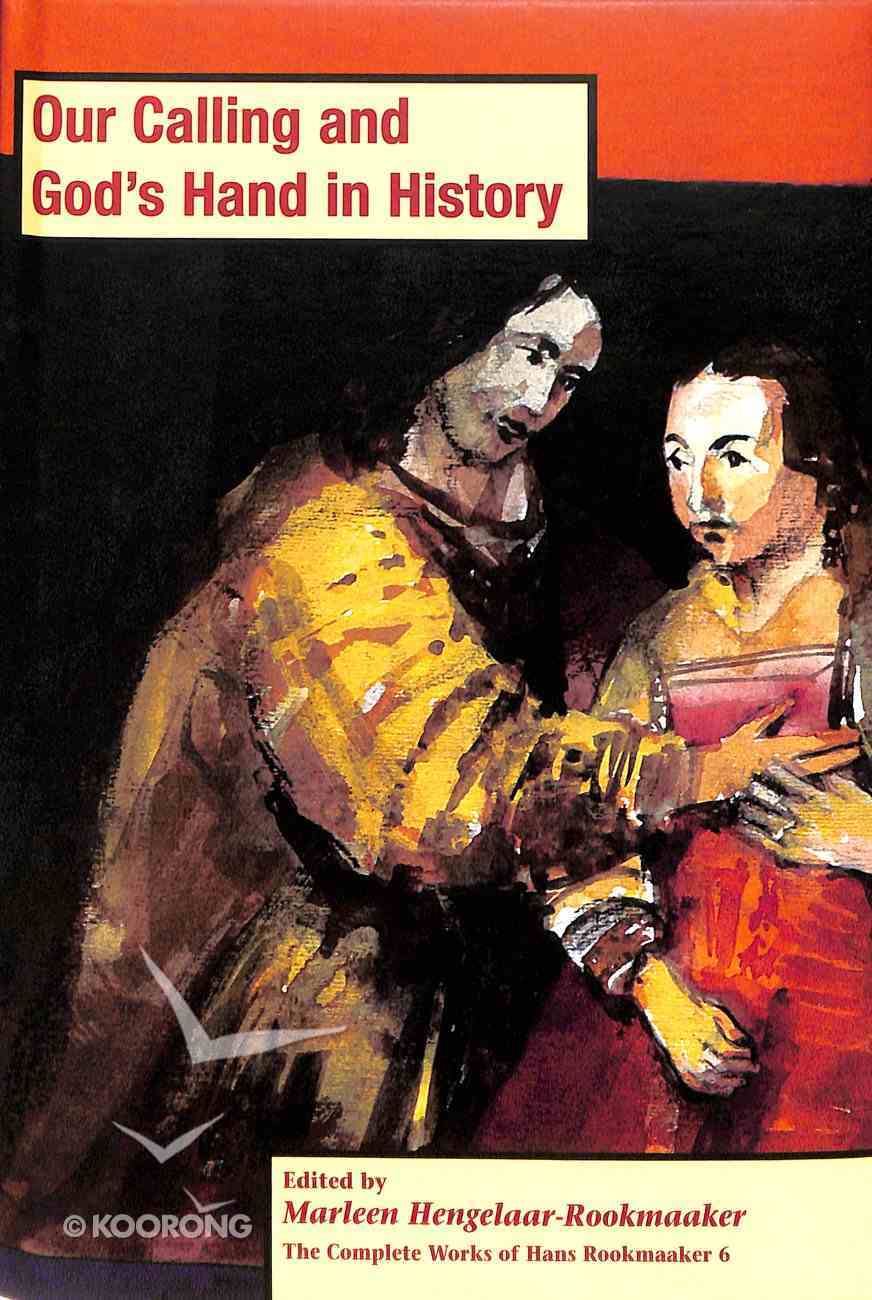 Publication of Hans Rookmaaker's collected writings is a landmark event that is long overdue and much needed. It will go a long way to filling a gap in our understanding of the art-historical thought of this man, who was one...

Jazz, Blues, and Spirituals: The Origins and Spirituality of Black Music in the United States
Hans Rookmaaker
Paperback

Publication of Hans Rookmaaker's collected writings is a landmark event that is long overdue and much needed. It will go a long way to filling a gap in our understanding of the art-historical thought of this man, who was one of the most insightful Christian cultural observers and art critics of the twentieth century.
^E. John Walford, Professor of Art History, Wheaton College, Illinois, and author of Great Themes in Art
^^Rookmaaker established his international reputation as a scholar and as a substantial contributor to research in the history of modern art with the publication of Synthetist Art Theories (1959), his dissertation on the art theory of Gauguin, reproduced volume 1 as 'Gauguin and Nineteenth-Century Art Theory'. Also included in this volume are the reviews that Rookmaaker wrote in the years 1949-1956 as an art critic for the Dutch Christian newspaper Trouw. They reveal an eager enjoyment of the artistic qualities of the works reviewed, may serve to refute the notion of some that Rookmaaker saw only 'world views' in works of art. Moreover, they can, as Graham Birtwistle writes, "provide a rich hunting ground for the reader who wants to gain a better understanding of the development of Rookmaaker's ideas. Most importantly, the reviews can help correct a misapprehension that he was an implacable opponent of all modern art."


^^It was in a Nazi prison camp during World War II that the young Hans Rookmaaker read the Bible and became a Christian. It was there too he received his first instruction in the Neo-Calvinist philosophy of Dooyeweerd by an older fellow prisoner, J.P.A. Mekkes. And it was there 22-year-old Rookmaaker started writing his 'Sketch for an Aesthetic Theory' based on the Philosophy of the Cosmonomic Idea. The philosophical writings brought together in volume 2 show the Dooyeweerdian roots of Rookmaaker's art-historical work, an essential insight for a proper understanding of his philosophical framework. Rookmaaker also loved music, especially jazz, blues, spirituals and black gospel music; his lifelong and lively interest in music finds its expression in his book on Jazz and the articles included here.


^^Through his early work, Art and Entertainment (1962), made available in English for the first time in volume 3, and through The Creative Gift, a collection of essays put together shortly before his death in 1977, Rookmaker speaks with a clear voice of expertise, faith and wisdom as he shepherds the reader through the bewildering jungle of art and popular culture. He anticipates the postmodern erasure of the split between high and low culture and points out guidelines for a meaningful involvement in both.


^^Why do we call seventeenth-century Dutch art the 'golden age' of Christian art? These and similar questions about Western art are adressed in volume 4, in which we come to know Rookmaker not primarily as a cultural critic or an enthusiastic encourager of Christian artists but first and foremost as art historian. Rookmaker's expert knowledge leads the way to an appreciation of the beauty and artistic eloquence of many a work of art as he guides the reader into an understanding of its content and meaning, and of its place in Western history.


^^Rookmaker's analysis of modern art offers an insightful perspective on the cultural turmoil of the past century and its subsequent impact on today's world. He looks at modern art in a broad historical, social, and philosophical context, laying bare the nihilism and despair that constitutes its core. "We can marvel at the way Rookmaker combined the diverse resources of Christian witness, Calvinistic philosophy, art-historical expertise, and musical connoissership to create a seamless and challenging account of modern cultural history," Graham Birtwistle writes about Modern Art and the Death of a Culture which is included in volume 5. More than any other work, this book instilled a new cultural awareness in many Christians hitherto cloistered in pietistic ghettos.


^^Rookmaker was a man of many contrasts: provocative and gentle, rough-hewn and refined, playful yet profoundly serious, reserved, yet close to many. Volume 6 attempts to capture the person behind the writings and lectures through a new biography by Laurel Gasque. Colin Duriez edited the lecture series on 'God's Hand in History', a biblical theme for Rookmaker as pivotal as the themes of Creation, Fall and Redemption.


^^Special Features: A third of the material made available in English for the first time. With a guide to the original documents for further research. A new biography in volume 6 traces the legacy of Rookmaaker around the world today.
-Publisher.


Marleen Hengelaar-Rookmaaker studied musicology at the University of Amsterdam. Her own specialist field is popular music. Marleen has close ties with the Dutch branch of L?Abri, which started in the Rookmaaker home, and is at present the editor of their quarterly magazine, Lev.
-Publisher

The Complete Works include the published works, lectures, reviews and articles by Hans Rookmaaker. Around two-thirds of the material in these volumes are made available in English for the first time.
-Publisher

Henderik Roelof "Hans" Rookmaaker (1922–1977) was a Dutch Christian scholar, professor, and author who wrote and lectured on art theory, art history, music, philosophy, and religion. Throughout his career, he lectured in the United Kingdom, the United States, and Canada, as well as in his native Netherlands.
In 1948 he met Christian theologian Francis Schaeffer and became a member of L'Abri in Switzerland. Hans and his wife Anky opened a Dutch branch of L'Abri in 1971. In 1962, he wrote a book for fellow church members titled Kunst en Amusement (Art and Amusement). The book was an invitation for Christians to begin taking art seriously.


His main thesis was laid out in his 1970 publication entitled Modern Art and The Death of Culture. Two books by Rookmaaker were published posthumously: Art Needs No Justification in 1978 and The Creative Gift : Essays on Art and the Christian Life in 1981. In 2003 The Complete Works of Hans Rookmaaker, edited by his daughter Marleen Hengelaar-Rookmaaker, was published