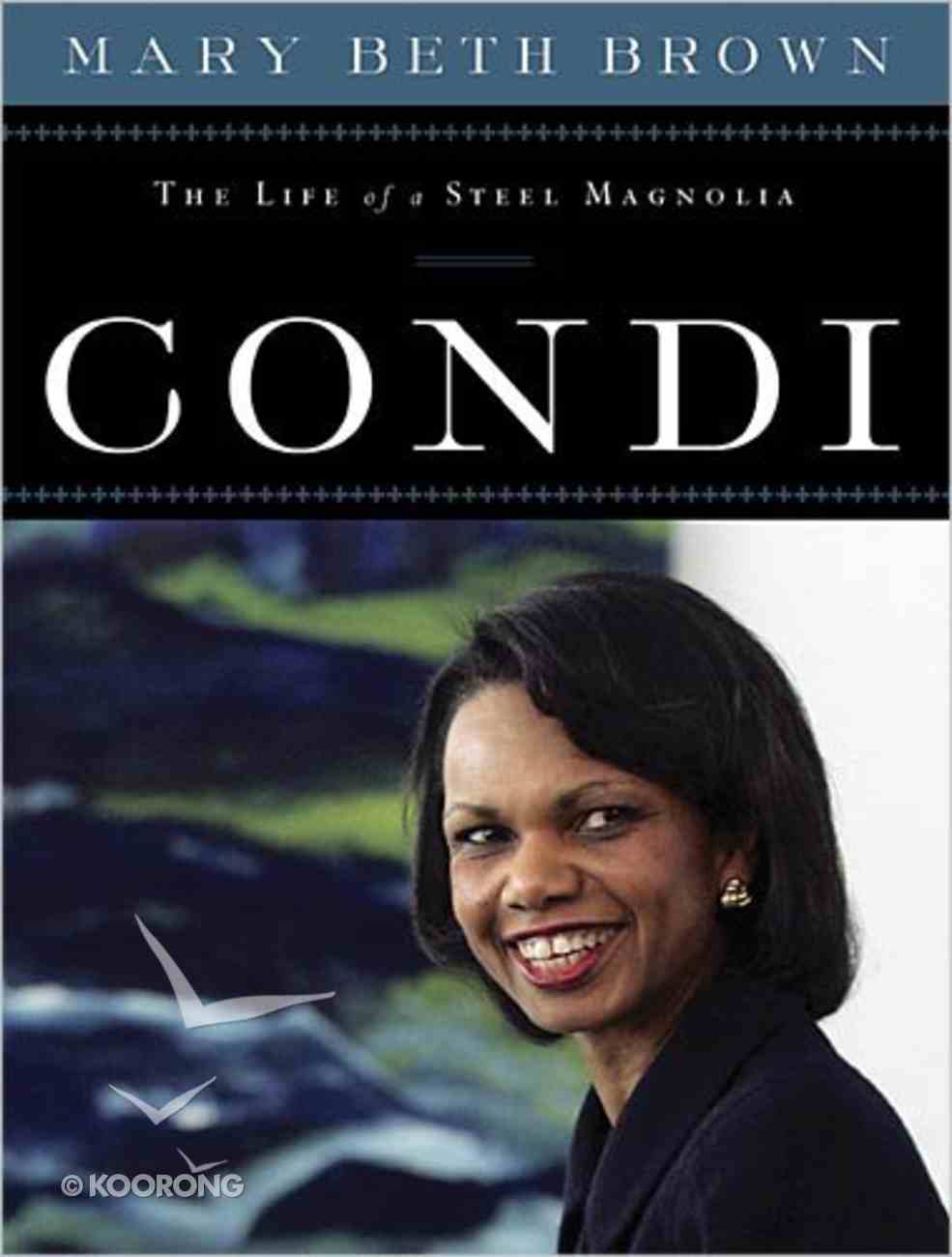 An in-depth look at the life, faith, and achievements of one of America's most fascinating women.Condoleezza Rice rose from humble beginnings in racially segregated Alabama to become an accomplished classical pianist, Stanford University professor and provost, US national security advisor,...

A Table in the Presence
Carey Cash
Paperback

An in-depth look at the life, faith, and achievements of one of America's most fascinating women.Condoleezza Rice rose from humble beginnings in racially segregated Alabama to become an accomplished classical pianist, Stanford University professor and provost, US national security advisor, and secretary of state. In this gripping and inspiring book, Mary Beth Brown artfully explores the roles played in Condi's life by her parents, mentors, faith, and key events and how those things have prepared her for her present position of power and global influence.In 2005, Condi topped Forbes' list of the world's most powerful women. In 2007, she topped GQ's ranking of Washington's most powerful players. Not only does she appeal to moderates and Republicans, she draws women, African Americans, and Hispanic voters from the Democratic Party. Additionally, Condi may emerge as a strong vice presidential candidate, a possibility the book explores.
-Publisher

"One day I'll be in that house," said ten year old Condoleezza Rice as she gazed across the White House's expansive front lawn.


Of course, Condi made good on that promise. With poise and gracefulness?combined with an iron will and determination?rarely seen in Washington, Rice has become one of the most iconic and influential figures on the world stage. This is her story.


Condi provides an in-depth study of the life, faith, and achievements of one of America's most fascinating women. From her humble beginnings in segregated Alabama to her academic career, from her first days in Washington to her appointment as Secretary of State and beyond, Condi investigates Rice's rise to political prominence. Drawing from in-depth research, Mary Beth Brown explores how Condi's parents, mentors, faith, and defining moments have helped her grow into a position of power and global influence.


Here is a story of inspiration, of principle, and of the limitless opportunities for those who pursue their dreams with unfailing hope and dogged determination.