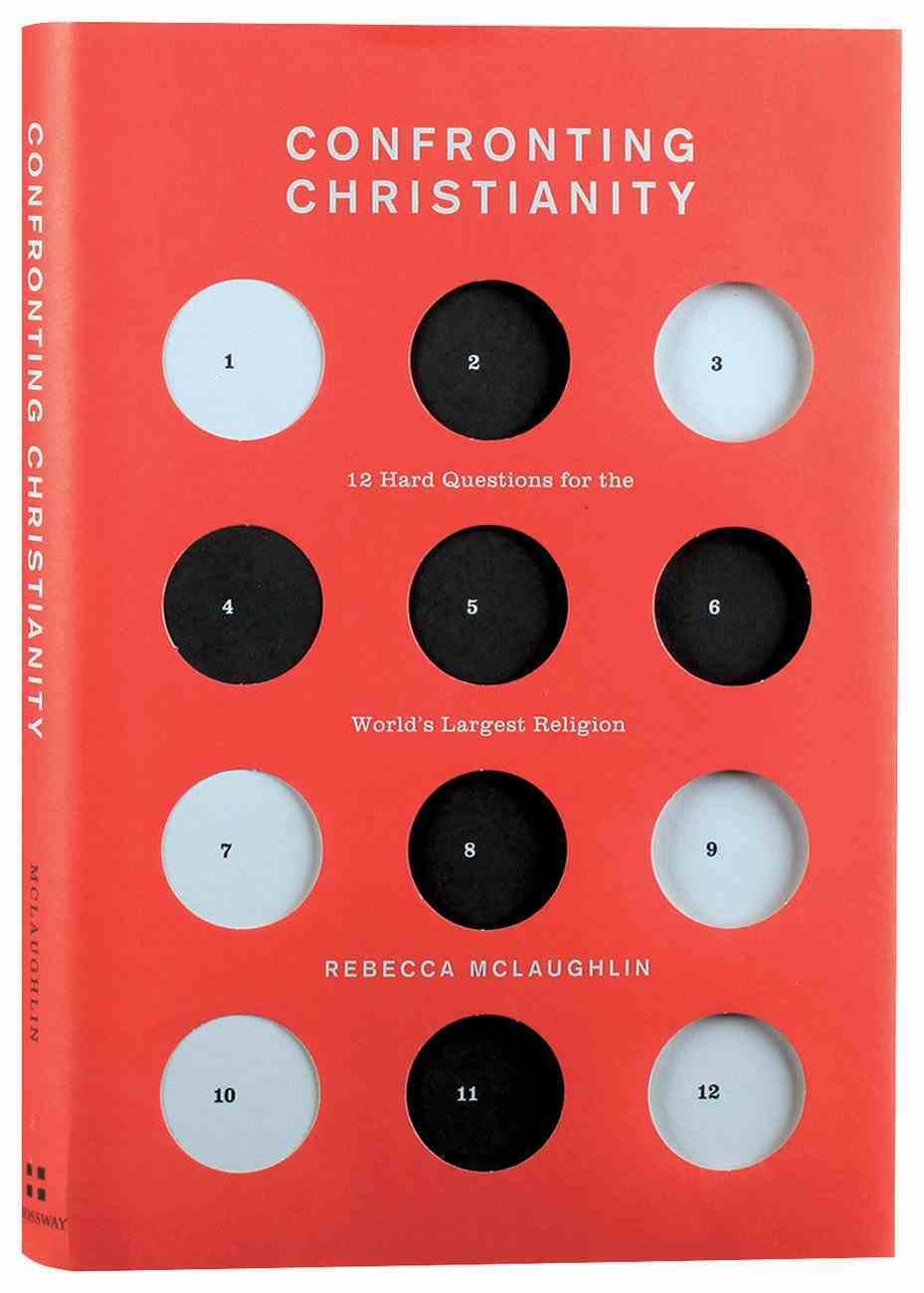 Winner of The Gospel Coalition 2019 Book Awards - Evangelism and Apologetics Religion's decline in the modern world turns out to be a myth. Christianity is the most widespread global belief system, and promises to remain so...

50+ available
Expected to ship within 9 hours from Australia.
Learn More
Free Shipping
for orders over $99.

Is Christmas Unbelievable?: Four Questions Everyone Should Ask About the World's Most Famous Story
Rebecca McLaughlin
Paperback

Winner of The Gospel Coalition 2019 Book Awards - Evangelism and Apologetics


Religion's decline in the modern world turns out to be a myth.

Christianity is the most widespread global belief system, and promises to remain so well into the future. But for many educated westerners, biblical Christianity is a dangerous idea-challenging some of their deepest beliefs.

Channeling state-of-the-art research, personal stories, and careful biblical study, Confronting Christianity explores 12 questions that keep many of us from considering faith in Christ. Look more closely, McLaughlin argues, and the reality of suffering, the complexity of sexuality, the desire for diversity, the success of science, and other seeming roadblocks to faith become signposts. Jesus becomes not a relic from the ancient world, but our modern world's best hope.

"This book is compelling reading, not only because of its intellectual rigor and the fact that it is beautifully written but also because of its honest, empathetic humanity. Readers will find themselves expertly guided on a journey that involves them not only in confronting Christianity but also in confronting themselves-their worldviews, hopes, fears, failures, and search for identity and satisfaction-and, finally, in confronting Christ as the altogether credible source of life as God means it to be." John C. Lennox, Emeritus Professor of Mathematics, University of Oxford

"McLaughlin probes some of the trickiest cultural challenges to Christianity of our day and clearly demonstrates the breadth and richness of a Christian response. Confronting Christianity is well worth reading and pondering."
Tyler J. VanderWeele, John L. Loeb and Frances Lehman Loeb Professor of Epidemiology and Director of the Human Flourishing Program, Harvard University

"In the West, many people are persuaded by dominant secular narratives and think they already know what Christianity is about. In this bombshell of a book packed with myth-busting statistics, McLaughlin reveals the many surprises in authentic Christianity." Peter J. Williams, Principal, Tyndale House, Cambridge; author, Can We Trust the Gospels?

"A deep and caring response to current criticisms and confrontations of the Christian faith fills Rebecca McLaughlin's book. She speaks from real-life experience of the personal and intellectual challenges we encounter today in considering the claims of Jesus Christ. Her open and faithful answers to serious questions provide not an easy stroll through imagined virtual reality but an adventurous rocky pathway through true and abundant life." Ian Hutchinson, Professor of Nuclear Science and Engineering, Massachusetts Institute of Technology; author, Can a Scientist Believe in Miracles?

"Apologetics with heart, discernment, empathy, and rigorous study. Confronting Christianity will help you understand the hard questions of the Christian faith while also igniting a love for neighbor. McLaughlin doesn't shy away from tough questions about diversity and the nations, as well as slavery and facing America's past and present. Her answers are not only insightful; they have the potential to transform a heart of stone to a heart of flesh. Take up and read." Trillia Newbell, author, Sacred Endurance; If God Is for Us; and God's Very Good Idea

"Rebecca McLaughlin refuses to duck the biggest challenges to the Christian faith and takes on the hardest questions with empathy, energy, and understanding. She has studied widely, thinks deeply, and argues very persuasively. This is an outstanding resource for the skeptic, the doubter, and anyone who is ready to engage with some compelling thinking." Sam Allberry, Speaker, Ravi Zacharias International Ministries; author, Is God Anti-Gay? and 7 Myths about Singleness

"Rebecca McLaughlin's defense of the Christian faith is what all defenses should be: sensitive, smart, and sound. This is apologetics done right-and exactly right for this age in which we live. Confronting Christianity is a book I will draw upon myself and will recommend widely to believers and skeptics alike." Karen Swallow Prior, author, On Reading Well and Fierce Convictions

"Rebecca McLaughlin addresses the most frequent and pressing objections to Christianity in our time with unflinching honesty, rigorous clarity, and deep compassion. This book is written not merely for skeptics but also for those who have suffered much in this sin-sick, destructive world. It is brimming with hope and will surprise you-and likely change the way you think about Jesus." Jon Bloom, Cofounder, Desiring God; author, Not by Sight

"What Christianity has to offer the world is bound up in its strangeness. Only a distinctive word can be truly good news in a world like this. In a secularizing age, though, Christianity is often not simply odd to the world but also unexplained and seemingly inexplicable. In this book, Rebecca McLaughlin takes seriously both the Bible and the questions of nonbelievers. If you're a non-Christian and have wondered why Christians think and do as they do, this book will be a good start to exploring those questions. If you're a believer, this book will not only equip you intellectually but also call you to compassion and empathy for your questioning, unbelieving neighbor, as well as prepare you to bear witness to the Light that has come into the world." Russell D. Moore, President, The Ethics & Religious Liberty Commission of the Southern Baptist Convention

:
Although many people suggest that Christianity is declining, research indicates that it continues to be the world's most popular worldview. But even so, the Christian faith includes many controversial beliefs that non-Christians find hard to accept. This book explores 12 issues that might cause someone to dismiss orthodox Christianity-issues such as the existence of suffering, the Bible's teaching on gender and sexuality, the reality of heaven and hell, the authority of the Bible, and more. Showing how the best research from sociology, science, and psychology doesn't disagree with but actually aligns with claims found in the Bible, these chapters help skeptics understand why these issues are signposts, rather than roadblocks, to faith in Christ.

Rebecca McLaughlin holds a PhD in renaissance literature from Cambridge University and a theology degree from Oak Hill College in London. She is the cofounder of Vocable Communications and the author of Confronting Christianity, named Christianity Today's 2020 Beautiful Orthodoxy Book of the Year.

Is Christmas Unbelievable?: Four Questions Everyone Should Ask About the World's Most Famous Story
Rebecca McLaughlin
Paperback