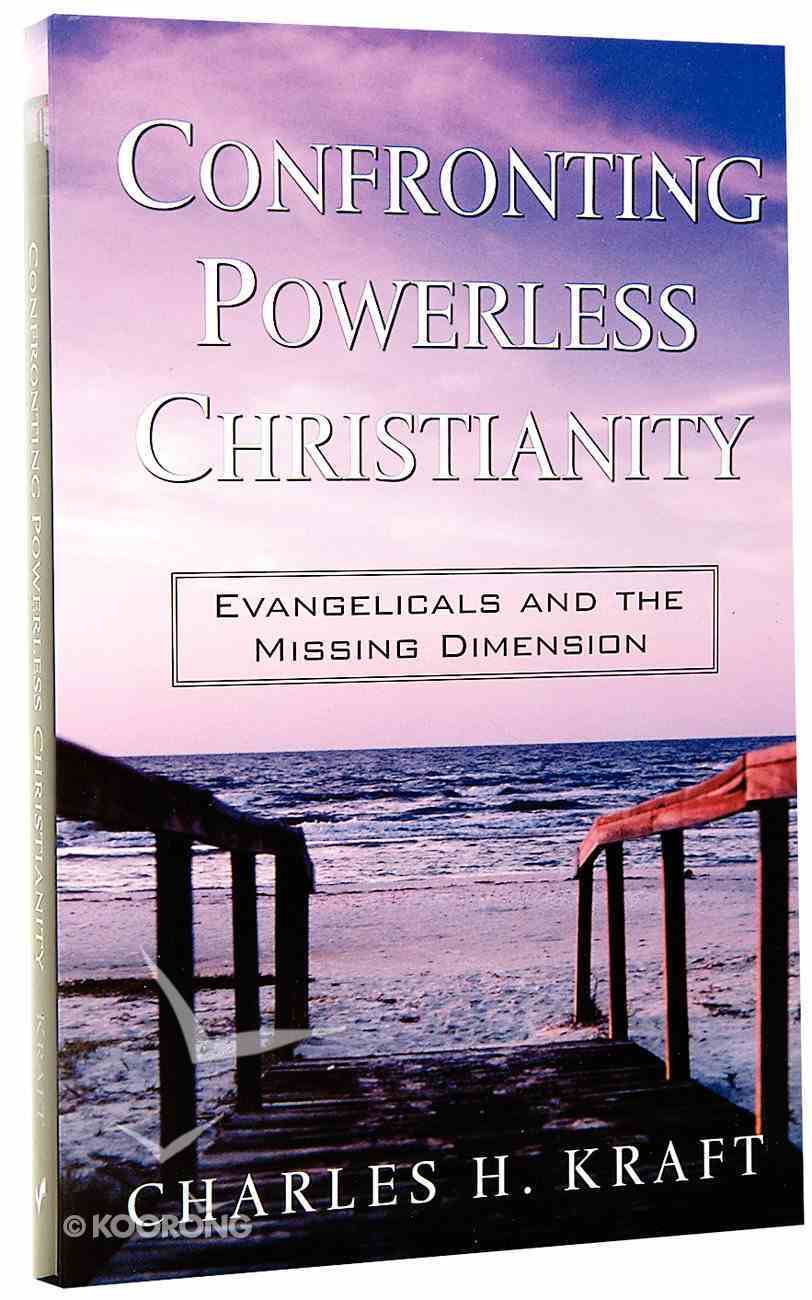 "The only kind of Christianity in the New Testament is Christianity with power." Charles Kraft describes his paradigm shift concerning Jesus' power to heal and free, and explains why evangelicals should be confronted with this "missing dimension."

"The only kind of Christianity in the New Testament is Christianity with power." Charles Kraft describes his paradigm shift concerning Jesus' power to heal and free, and explains why evangelicals should be confronted with this "missing dimension."

Charles Kraft grew up as a noncharismatic evangelical. For most of his life he was skeptical of groups that claimed to work in spiritual power. But as readers learn in his new book, Kraft changed his mind dramatically. In Confronting Powerless Christianity, the Fuller Seminary professor asserts that all Christians, not just charismatics, should be experiencing the power dimension of Christianity. Although Christ commissioned a gospel of love and power, evangelicals have, in Kraft's words, been good at the love part but often forgotten the power part. Yet spiritual power is half the gospel. In a careful, thoughtful voice, Kraft discusses: "the blockages believers experience from a limited worldview "the importance of taking experience seriously "the possibility that there is a biblical science with regard to spiritual power "vital connections between spiritual power and truth "spiritual warfare issues For evangelicals who are skeptical, yet intrigued, by the issue of spiritual power fo
-Publisher

For evangelicals who are skeptical, yet intrigued, by the issue of spiritual power, Kraft provides a biblical, reasonable apologetic. This balanced book advocates biblical Christianity that is powerful enough to heal, to free people from emotional wounds, and to bring about real life change.
-Publisher

"The debate among Christian leaders on spiritual power began in 1989. Confronting Powerless Christianity should, once and for all, put an end to the debate. In it Chuck Kraft deals a brilliant coup de gr'ce to those who have attempted to deny the full power of God in the world today." -C. Peter Wagner, Chancellor, Wagner Leadership Institute"With the warm heart of a pastor and the cold logic of a scholar, Kraft exposes powerless Christianity for what it is. Showing us how to add the power of the Holy Spirit (the missing dimension) to Church ministry, he then enables us to become more truly trinitarian and fully biblical." -Ken Blue, author of Healing Spiritual Abuse and Authority to Heal"Many will label Confronting Powerless Christianity a provocative book. In his usual straightforward style, Charles Kraft addresses topics that can produce serious debate among evangelical Christians. But it is clear that his goal is not controversy. Kraft is calling the people of Christ to take the power of the Holy Spirit seriously, and to move forward with authority to set prisoners free. He argues for a biblical approach to spiritual warfare that goes far beyond talk-one that actually confronts the destructive presence of evil in people's lives. Kraft discusses an experience of dynamic faith that invites intimacy with Jesus and results in transformed lives. His scholarship, experience and, most of all, heart for the broken and lost show through in this book." -Dr. Terry Wardle, Professor of Spiritual Formation at Ashland Theological Seminary"Charles Kraft has been writing about issues of spiritual power for some years. Above all he is an experienced practitioner in the field. This book gracefully reflects the accumulated wisdom of both his writings and his practice. Kraft also responds firmly and carefully to the concerns of his critics. His impassioned plea to evangelical Christians to engage in power ministries such as healing, deliverance and spiritual warfare should not go unheeded. Read it and you will be both challenged and inspired." -Stephen A. Seamands, Professor of Christian Doctrine, Asbury Theological Seminary
-Publisher

The Trading Floors of Heaven: Where Lost Blessings Are Restored and Kingdom Destiny is Fulfilled
Robert Henderson, Beverley Watkins
Paperback