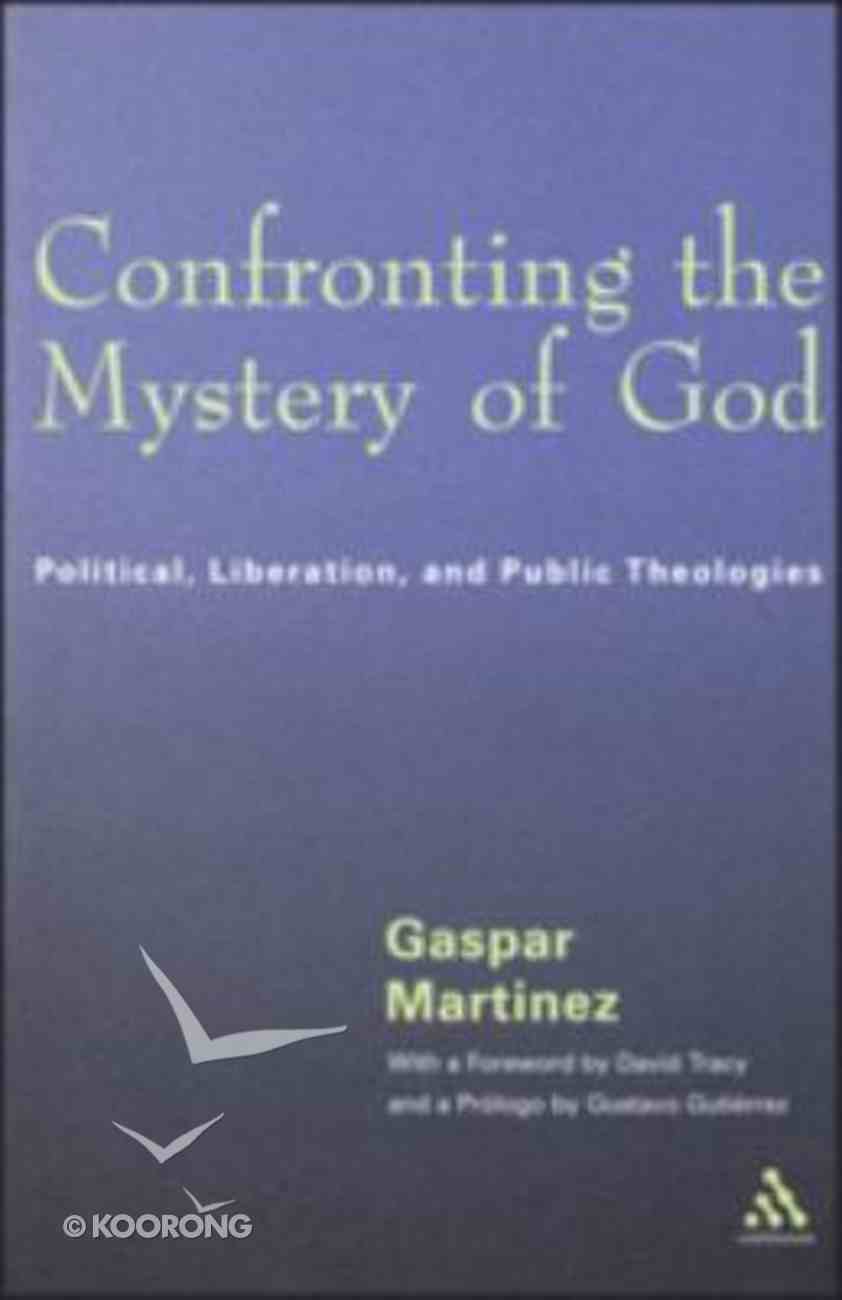 Confronting the Mysteries of God

This volume examines the three major movements in Roman Catholic theology seen during the last three decades of the 20th century, political, liberation and public theologies, together with their main exponents.

Here Am I: A Christian Reflection on God
Adrio Konig
Paperback

Knowing and the Trinity: How Perspectives in Human Knowledge Imitate the Trinity
Vern S Poythress
Paperback

This volume examines the three major movements in Roman Catholic theology seen during the last three decades of the 20th century, political, liberation and public theologies, together with their main exponents.
-Publisher

A highly insightful study of three major movements in Roman Catholic theology over the past thirty years. This fascinating work of theological scholarship offers an exceptionally broad scope and powerfully unifying theme. Gaspar Martinez first offers penetrating interpretations of three major contemporary theologians working on three continents, in quite dissimilar historical, cultural, social, and economic situations. Then he goes on to illustrate how Johannes Metz, Gustavo GutiTrrez, and David Tracy each had a tensive ongoing relationship to the mid-twentieth century theologians and movements that formed them-Karl Rahner, nouvelle theologie, and Bernard Lonergan, respectively. Martinez brilliantly contextualizes each of these thinkers. In broad strokes, he sketches postwar Germany, postcolonial Peru, and the American century and shows how each man was formed by his era. He also examines the lines of influence and relationship between these theologians and some of their nontheological contemporaries: Metz and Adorno, Bloch, and Benjamin; GutiTrrez and Paulo Freire, JosT Carlos Mariategui, and the novelist JosT Marfa Arguedas; and Tracy and thinkers from Eliade and Ricoeur to Gadamer and Derrida.Martinez convincingly illustrates how each of these theologians in recent years has focused more directly on the mystery of God, entailing greater emphasis on spirituality and mysticism, with the consequence that the more properly theological their theologies have become the more they have become negative theologies.

Martinez has a degree from the London School of Economics and a doctorate from the University of Chicago. He teaches both economics and theology in his native Bilbao.