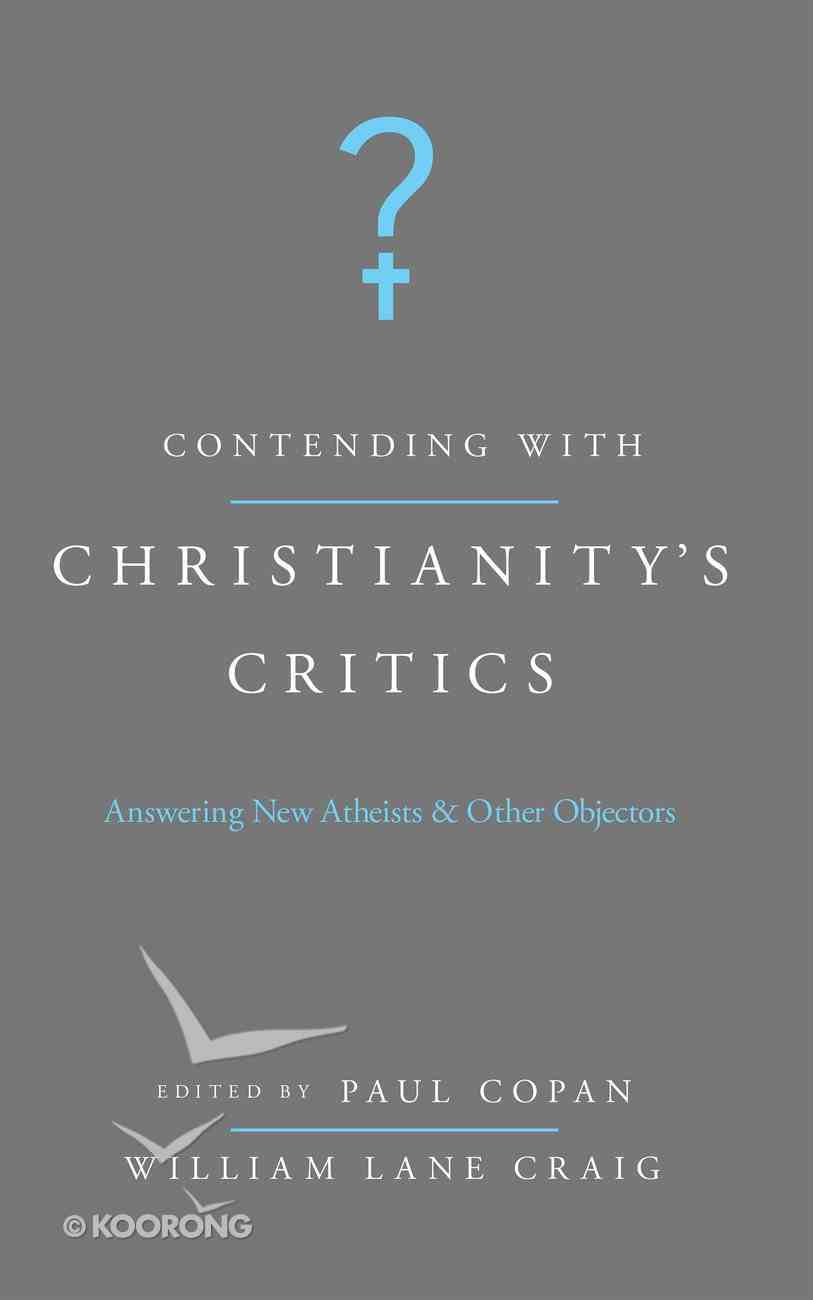 Contending With Christianity's Critics: Answering New Atheists and Other Objectors

Contending with Christianity's Critics is book two in a series on modern Christian apologetics that began with the popular Passionate Conviction . This second installment, featuring writings from eighteen respected apologists such as Gary Habermas and Ben Witherington,...

Contending with Christianity's Critics is book two in a series on modern Christian apologetics that began with the popular Passionate Conviction. This second installment, featuring writings from eighteen respected apologists such as Gary Habermas and Ben Witherington, addresses challenges from noted New Atheists like Richard Dawkins (The God Delusion) and other contemporary critics of Christianity concerning belief in God, the historical Jesus, and Christianity's doctrinal coherence. Contending with Christianity's Critics and Passionate Conviction are the result of national apologetics conferences sponsored by the Evangelical Philosophical Society (www.epsociety.org).

Paul Copan (PhD. Marquette University) is Pledger Family Chair of Philosophy and Ethics Palm Beach Atlantic University, Florida. He has authored and edited a number of books including True for You, But Not for Me: Deflating the Slogans That Leave Christians Speechless (Bethany House), That's Just Your Interpretation: Responding to Skeptics Who Challenge Your Faith (Baker). Russian translation completed June 2003. Co-authored with William Lane Craig, Creation ex Nihilo: A Biblical, Philosophical, and Scientific Exploration (Baker Book House) and Jesus' Resurrection Fact Or Figment? (Intervarsity Press).

How to Read the Bible (Not)
Dan Kimball
eBook