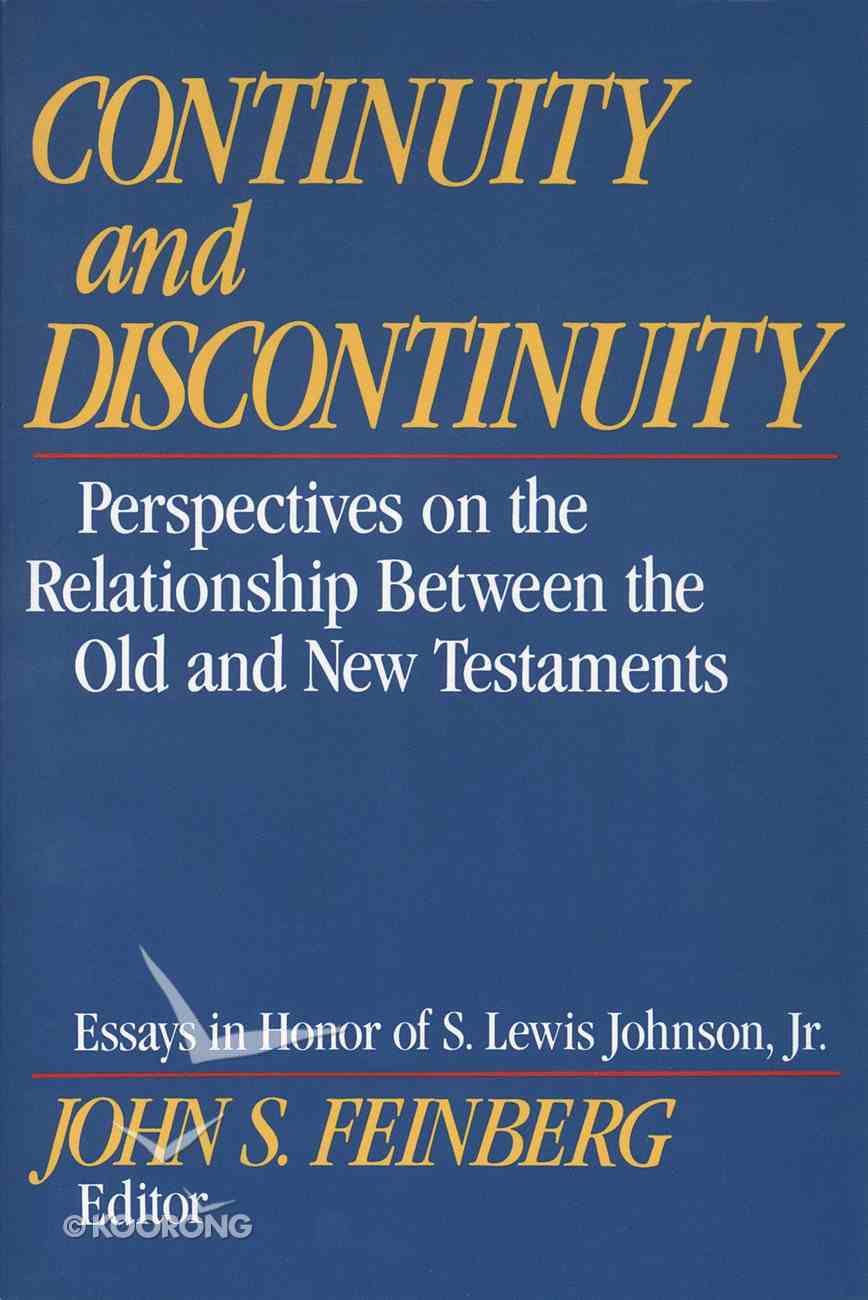 Evangelicals agree that the Bible is God's inerrant word. But we sometimes differ on how to relate the messages of the Old and New Testaments. Without a basic understanding of this crucial matter, it is difficult to know how to...

A Sweet and Bitter Providence: Sex, Race, and the Sovereignty of God
John Piper
Hardback

On Earth as It is in Heaven
Margaret Barker
Paperback

Evangelicals agree that the Bible is God's inerrant word. But we sometimes differ on how to relate the messages of the Old and New Testaments. Without a basic understanding of this crucial matter, it is difficult to know how to use the Testaments to formulate either doctrine or practice. ^For example: Was Israel the OT Church--are OT promises to God's national people fulfilled in the church today? Or, is Mosaic Law binding on believers now--are twentieth-century Christians to obey the Ten Commandments, including sabbath observance? ^In this book, thirteen noted evangelical theologians discuss, fairly but clearly, the continuity/discontinuity debate in regard to six basic categories: theological systems, hermeneutics, salvation, the Law of God, the people of God, and kingdom promises. ^Covering much more than the differences between Covenant Theology and Dispensationalism, this work of distinguished evangelical scholarship will fuel much profitable study and discussion.
-Publisher

John S. Feinberg is the chair and professor of Biblical and Systematic Theology at Trinity Evangelical Divinity School in Deerfield, Illinois. Prior to coming to Trinity, he pastored a church in Illinois, and then taught at Western Baptist Seminary and Liberty University. Dr. Feinberg did his undergraduate work at UCLA, received his M.Div. at Talbot Theological Seminary, his Th.M. in systematic theology from Trinity, and an M.A. and Ph.D. in philosophy from the University of Chicago. Among his previously published books are Continuity and Discontinuity, Ethics for a Brave New World, The