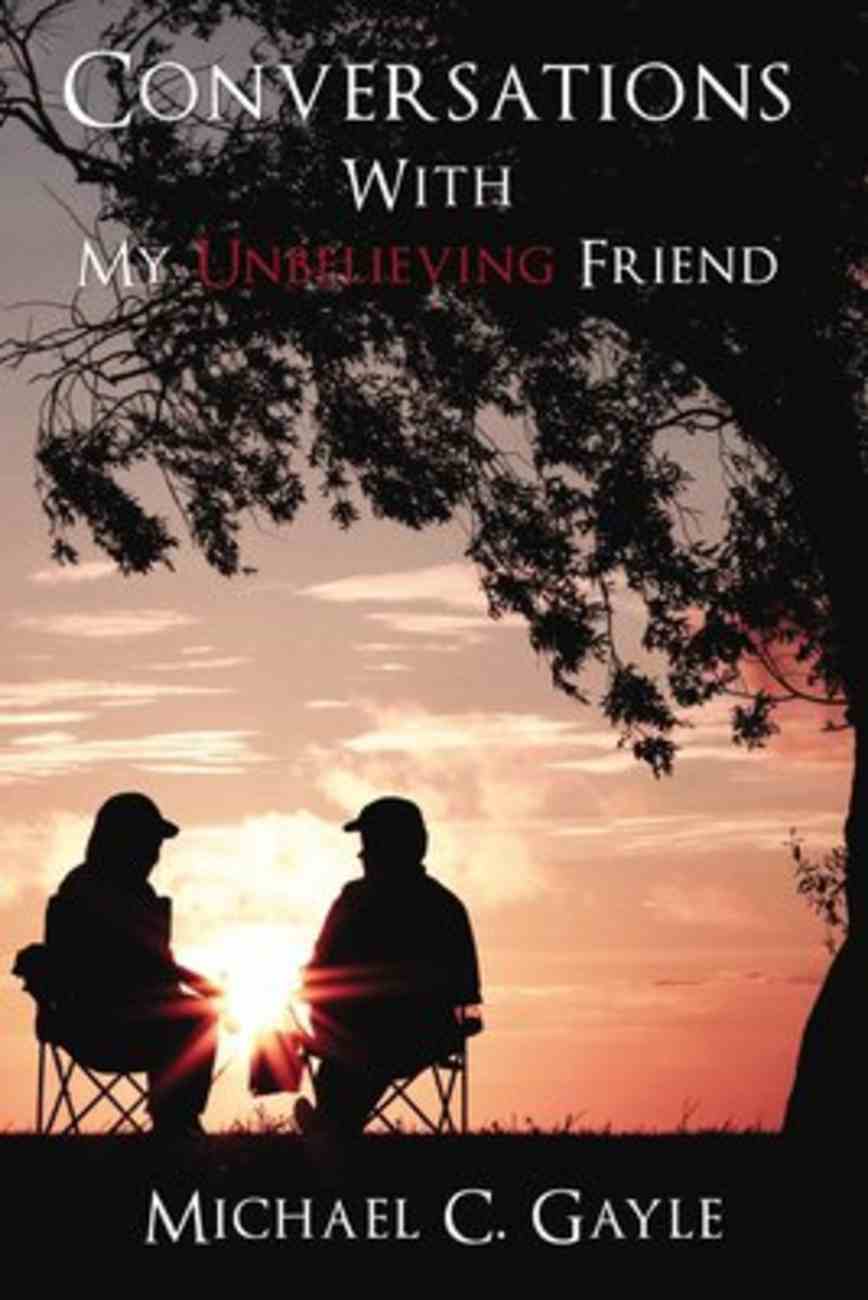 Conversations With My Unbelieving Friend

Very few topics generate as much emotion as religious beliefs. Those with religious inclinations and those who are against religion frequently embrace their particular viewpoint on the basis of information, much of which may be incorrect. This holds true for...

Very few topics generate as much emotion as religious beliefs. Those with religious inclinations and those who are against religion frequently embrace their particular viewpoint on the basis of information, much of which may be incorrect. This holds true for both believers and non-believers. Through a series of semi-fictitious conversations, Michael Gayle seeks to address some of the issues which influence an individual's worldview. For the non-believers, this is useful in clarifying any misconceptions which may be preventing them from even considering Christianity. For believers, it provides at least two useful functions. First of all, it may help to clarify their own misconceptions and thus strengthen their faith. Secondly, it helps to provide them with information which they can use in their own conversations with non-believers that they will encounter in their Christian walk.


The format is that of a series of semi-fictitious conversations between the author and a fictitious friend. The conversations represent dramatizations of the content of real conversations that the author has had over the years, combined with issues which he has deliberated on himself. In a number of instances, he addresses topics in respect of which he found the traditional explanations to be unconvincing, even though they may have been correct. If someone does not believe in the veracity Bible, it will be difficult to try to convince them of the truth of a statement in the Bible, on the basis that because it is in the Bible, therefore by definition it must be true. The author has encountered this approach and was himself, unconvinced thereby. Accordingly, whilst not denying the truth of the Bible, he has taken a different approach to some of these issues, and approach which is practical, reasonable and defensible. In so doing, his hope is that he will be able to clarify some of the issues which have caused many people to arrive at misconceptions related to the Bible and Christianity. In a very light-hearted manner, he addresses such issues as atheism, blind faith, evolution, intelligent design, miracles, science, biblical accuracy and a number of other topics which are typically the subject of disagreement or misunderstanding.


This is intended to be the first in a series of three or more books. The intention of this first volume is not necessarily to convert anyone to Christianity. The intention is to remove any obstacles which are preventing anyone from honestly rather than emotionally evaluation the validity of Christian beliefs. Of course, there is the hope and possibility that some will be converted as a result, but that is not the primary objective. The conversations will continue in the subsequent volumes and maybe, just maybe, some may find the subject matter sufficiently compelling so that they are prepared to open up their hearts to the Lord.